A new non-government organisation, â€˜The Purple Girl Foundationâ€™ has set out to improve girlsâ€™ access to education in the country.

The foundation seeks to make Nigeria stand side by side with countries like Saudi Arabia, Brazil, Argentina, which have more number of women educated than their men.

Speaking during the launch, President of Wellbeing Foundation Africa, Mrs. Toyin Saraki noted that the initiative was commendable considering the role ofÂ Â girlsÂ Â who will turn out to be mothers and managers in the future.

Represented by former Deputy Governor of Lagos State, Sarah Adebisi Sosan, she said that parents should strive to train their female children, urging community to join hands with government to ensure education for all.

â€œNow that election is by the corner, I would also urge the electorates to harp on education as their priority. They should be convinced about the education plan that political candidates have for them.â€

Also speaking, the Deputy Governor of Lagos State, Oluranti Idiat, who was represented, stated that the state would continue to come up with policies that would safeguard the right of a girl child to education, adding that the government was willing to support private Initiatives that pursue similar cause with money and voices.

Reacting to the report of United Nations Educational, Scientific and Cultural Organization, UNESCO, which puts the number of uneducated girls in the country at 5.5 million with Nigeria leading the pack in Africa, founder of the organisation, Mrs. Mary Akpobome stated that private institutions and individuals should rise up to the challenge and see the problems as that of the society and not government alone.

Stressing that female education was paramount to local and national development, as well as human, social and cultural development, Akpobome noted factors such as poverty, being orphaned, physical disability, ignorance of parents, leaving in remote or underserved locations as common excuses that restrict the girl child access to education, but said they were not insurmountable.

â€œYou may want to ask why our attention is focused on the girls, it is because we know that when one educates a woman, one has educated the whole nation. Beyond this, educating the girl child translates to better health for the future generation, reduction in child morbidity and mortality.Â

This is why we are bent on bringing as many girls as we can back to school for the benefit of their immediate environment and the country as a whole.

â€œFor the first three years, we will focus on female students from indigent families in three pilot states in the country with an increased scope across Nigeria. We operate in partnership with relevant organisations, as well as select schools across different districts and local government to identify worthy beneficiaries of the scheme.

â€œFor this year, we are considering 50 girls who we intend to sponsor from primary or whatever level we picked them to the tertiary level. As much are we plan to increase this number in subsequent years, we are hoping to get partners within and outside the country to support the cause.

The foundation was launched on the sidelines of the Founderâ€™s 50th birthday ceremony which was well-attended by politicians, business tycoons and Nollywood stars. 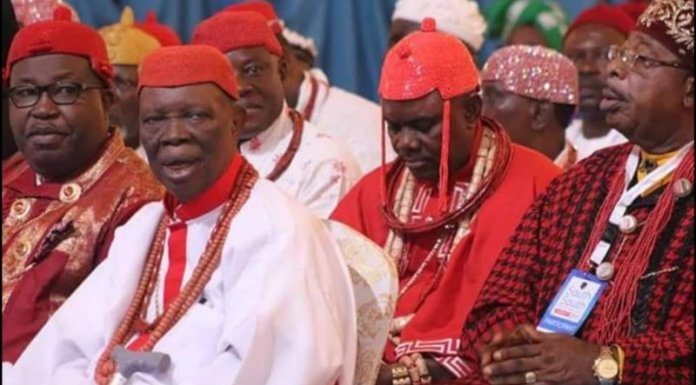