Obinna Chima in Lagos and Ndubuisi Francis in Abuja

This is just as the bank has also undertaken to underwrite part of a $300 million loan, which was extended by the World Bank to the Nigerian Housing Finance Programme (NHFP).

But despite the decline in the level of NPLs in the industry, commercial banks have remained apathetic about lending to the private sector as credit to private sector (CPS) continues to shrink.

The CBN disclosed this in the personal statement of members of its Monetary Policy Committee (MPC) at the last meeting that took place in May.

A copy of the membersâ€™ personal statement was posted on the central bankâ€™s website Monday.

In his opinion, an MPC member, Robert Asogwa, expressed concern that the size of banking sector credit to the private sector was declining â€œand even at poorer levels when compared to the situation at the last MPC meetingâ€.

He added: â€œCBN Staff report show that the industry gross credit recorded a 3.63 per cent decrease in April 2018 and the lowest total ever since January 2017 and this happened despite the reported increases in total industry deposits.

â€œThe earlier expectation that with economic recession over in 2017 and with recovery signs, credit to the private sector will pick up in the early parts of 2018 is yet to happen.â€

Asogwa said this could be achieved through targeted indirect policy instruments, which he said would surely be worthwhile in the immediate period and can be complemented by other short-term measures such as the current CBN development financing support to few critical sectors.

He said: â€œThe continuous preference of banks for relatively safer fixed income assets rather than direct lending to the real sector of the economy remains a critical challenge to current policy stance.

â€œSimply tinkering with the monetary policy rate (MPR) at this current state of the banking sector may not simply translate into more credit for the economy unless there is a way to creatively â€˜de-riskâ€™ the targeted real sectors of the economy.

â€œIn general, the banking system witnessed growth in aggregate deposits in the first quarter of 2018, however, there was no corresponding increase in credit.

â€œThis implies that more liquidity in the system may not mean more credit as is widely believed in the short term. The high operating expenses in the banking system need to be carefully addressed to reduce the high cost environment which in my view impacts more on lending rates than even the MPR.â€

To the CBN Deputy Governor, Financial System Stability Directorate, Aishah Ahmad, the economic recovery was yet to reflect on the financial system.

According to her, banking sector lending rates has remained significantly high, which was an indication that the industry requires more impetus to substantially reflect the benefits of the ongoing recovery.

She said: â€œThus, the monetary authority must work with the relevant financial institutions to entrench innovative measures to safely increase credit to the real sector.

â€œIn addition and as a matter of urgency, prompt settlement of outstanding contractor arrears as earlier promised by the federal government will significantly moderate asset quality pressures and further improve resilience of the financial system.â€

The next MPC holds on 23rd and 24th of this month.

Meanwhile, the Director, Other Financial Institutions Supervision Department, CBN, Mrs. Tokunbo Martins, who briefed journalists in Abuja, on the NHFP Monday, said the CBN “is underwriting part of the $300 million risk of the Housing Finance Programmeâ€.

Martins, who spoke on the side lines of a conference seeking to explore solutions to mortgage financing in Nigeria, stated that the NHFP benefited from a loan of $300 million for 40 years, from the World Bank, adding that the CBN was underwriting the foreign exchange risks.

Martins said: “The CBN is the project implementing entity of the NHFP and the NHFP is meant to re-fund the primary and secondary markets for mortgages. It is a public-private partnership and we have a loan from the World Bank so the CBN itself is not putting anything in directly.”

Also speaking, the Head, Nigeria Housing Finance Programme domiciled in CBN and head of the implementation, Adedeji Jones Adesemoye, stated: “The major driver of the programme, the Nigeria Mortgage Refinancing Company (NMRC) funds (N8.2 billion and N11.1 billion) from the Nigerian capital market to refinance the mortgages that have been financed by primary mortgage institutions.”

According to him, a component of the mortgage package is that money will be disbursed through seven microfinance banks across the nation, this money is given to them in naira.

He added that “between now and November we will be launching mortgage guarantee company hopefully by the president to widen and bring us to the tail end of modern mortgage system in such a way that those mortgagees, the institutions that are lending to our people can actually share risk so that more people will have access to the housing fund”.

Also speaking at the event, a director at NMRC, Mrs Chii Akporji, said modern mortgage basically required certain steps that state governments needed to take in order to create the enabling environment for mortgages and housing investment to thrive.

She said: “There are a number of steps, essentially looking at issues of land titling, property registration, instituting a foreclosure mechanism, those are the key things that state governments are asked to look into with a view to reforming it.”

She regretted the delay in granting of governor’s consent, saying it usually took a long time, and advised that it be delegated to a commissioner.

She added that the difficulty is accessing land titles and urged state governments to leverage technology, digitize their land register to have adequate and proper record of who owns what in terms of land.

Going forward, the NMRC, she said, had asked state governors to review their charges downwards. 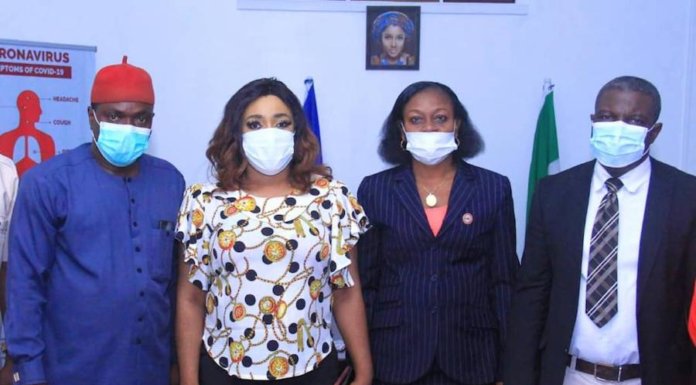