The removal of tariffs and non-tariff barriers under the African Continental Free Trade Area (AfCFTA) will help to speed up the expansion plans by Dangote Cement Plc in Sub- Saharan Africa and increase its consumption across 16 countries to 275. Metric tonnes by 2030.

This projection was contained in the study report on the potential benefits of AfCFTA on Nigeria that was unveiled by the Nigeria Office for Trade Negotiations (NOTN) in Abuja recently.

For the second time in four months, the federal government abstained from signing the AfCTA pact when the African Union (AU) Heads of Governments met on Sunday in Nouakchott, Mauritania, during the 31st Summit of the 55-member AU.

But the document which enunciated how the AfCFTA will broadly catalyse Nigeriaâ€™s economic performance and lay the foundation for inclusive growth in line with the vision of the Economic Recovery Growth Plan (ERGP) on export orientation and economic competitiveness, was reviewed by a lead Research Consultant with Africa International Trade and Commerce Research, Dr Olamide Taiwo.

Using the cement manufacturing sub-sector as a case study, the report said Dangote Cement which expects to reach 16 countries by 2023, reported sales revenue of N615.1 billion and a net worth asset minus liabilities of N797.3 billion.

Dangote currently maintain s cement production in 10 African countries, mainly in the Sub- Saharan region, including Ghana and Sierra Leone, where it carries out bulk import from Nigeria,

All the countries, according to the report, accounted for a combined GDP of $1.2 trillion in 2017 and total cement market potential of 121.9 Mt per annum and a total consumption of 64.3 Mt.

Cement consumption in Sub-Saharan African grew at average of 7.2 per cent between 2010-17 and is projected at 119.7 Mt in 2018, presenting a very large cement market.

Nigeria became self-sufficient in cement production in 2012 and a net exporter in 2016. With investment in several African countries with a view to expanding the cement market across the continent into 16 countries by 2023.

Reacting to the study where 512 companies were polled, the DG NOTN Ambassador Chiedu Osakwe, said one of the low hanging fruits which government and stakeholders can harvest should include

He also said the trade policy should protect manufacturers and industries to entail taking out of liberalization where tariff will go to zero of the 90 percent of level of tariff. 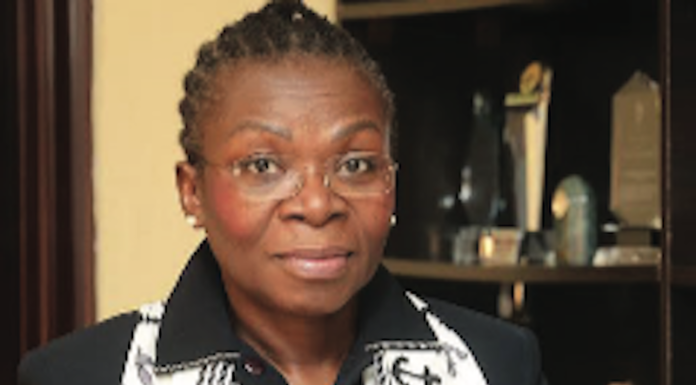