Global data security firm, OneSpan, in partnership with MAXUT ConsultingÂ haveÂ intensifiedÂ theirÂ collaboration with banks in the country to safeguard customers and reduce fraud in the Nigerian financial system.

This is coming against the background of the disclosure by the Managing Director of Mr. Adebisi Shonubi that the banking industry lostÂ N12.30Â billion to various frauds in the banking system between 2014 and 2017.

Shonubi made this disclosureÂ through the Â Head, Industry Security Services at NIBSS, Mr. Olufemi Fadairo,Â  at the thirdannualÂ Banking Security Summit in Lagos last Thursday.

his company and the banks were working hardÂ to ensure they plug holes that fraudsters couldÂ use to defraud customers, sayingÂ  the company hadÂ been working in the background to prevent frauds.

Â â€œOur solution as a technology company is really about fraud prevention; safeguarding the customers, identifying and authenticating the person and making sure that this is the person the bank authorises because most of the transactions are not physical, they are done through electronic channels.

â€œAnd also in the background, we are monitoring everything that is go on in the system that is fraud monitoring and we have helped a lot of banks and financial institutions to do that,â€ he said.

Â According to him,Â  the Nigerian banking system was advanced and not laggingÂ  in terms of digital banking, noting thatÂ  a lot of transactions are still being done through theÂ Â  Unstructured Supplementary Service Data(USSD) channel hence the high level of frauds.

Â “We are very advanced, we are not lagging Â behind, but because a lot of transactions are still done through USSD channel, this is the normal feature channel and anybody can use it.

â€œAÂ lot fraud are done in that channel either through SIM swap, stolen phones and kidnapping. So,Â we are working with the banks to develop a solution to curb that,” Odusami said.

Thousands of students across various tertiary institutions in the country have been on-boarded on the Ecobank Mobile App following the â€˜Ecobank Xpress Campus Stormâ€™ campaign that is currently visiting universities and polytechnic campuses across the country.

Â The ‘Ecobank Xpress Campus Stormâ€™ whichÂ commencedÂ in May,Â has since visited the University of Lagos, Akoka, the Yaba College of Technology, University of Benin, and is currently in Obafemi Awolowo University, Ile-Ife, a statement from the bank revealed.

Speaking on successes recorded so far, Head, Consumer Marketing, Mr. Ikechukwu Kalu, said the concept of the campus storm is part of a holistic youth engagement campaign across Nigeria.

He explained that the initiative, a youth engagement program in tertiary institutions across Nigeria, was part of efforts to deepen financial inclusion by banking the youths.

This, he saidÂ also aligns with the bankâ€™s strategy to make banking available to the hitherto unbanked and underbanked in support of the Central Bank of Nigeriaâ€™s financial inclusion drive.

â€œWith the Ecobank Xpress account, students will be able to access financial services such as airtime top up, funds transfer and bill payment from their mobile devices.

â€œParents and guardians will also be able to transfer money to their children or wardsâ€˜Â  Xpress accounts which they can withdraw without a card at any Ecobank ATM (using Xpress Cash) or Xpress Pointâ€, he noted.

On the activities during the storms, he explained that at the various campuses the bank sets up free WiFi centres tagged the â€˜Xpress Cornerâ€™, which gives students opportunity for free internet browsing and also affords the chance to win exciting prizes during the activation.

In addition, they hold concerts with major artistes as a means of infusing fun into the program.

According to Kalu, the campus storm has so far been a huge success and the bank is satisfied over the reception and acceptance of the Ecobank Xpress account by the students in the institutions so far visited. 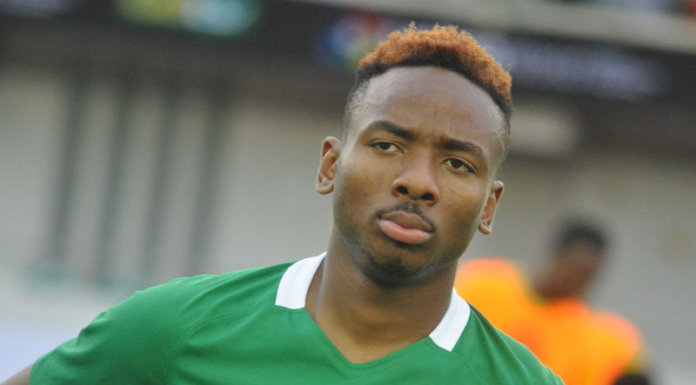