Operatives of the Department of State Security, DSS, whoÂ Â earlier on Friday picked up the Chairman of the Senate Committee on Power, Steel Development and Metallurgy, Senator Enyinnaya Abaribe, have invaded his Apo residence in Abuja, just as Ohaneze Ndigbo, the apex Igbo cultural body called for his immediate release.

The DSS operatives who came in a Hilux busÂ Â with Abaribe were seen carrying out some search on his duplex abode.

SourcesÂ Â said the security operatives who came with a search warrant claimed they were looking for materials associated with the outlawed Independent PeopleÂ Â of Biafra, IPOB.

Abaribe who represents Abia South in the Senate was earlier in the day picked up by DSS operativesÂ Â at Nicon Hilton in Abuja where he had gone for an haircut.Â

As at press time, the security agents were still holed up at the Senator’s residence with no formal information from the DSSÂ Â as to why the Senator was picked up

Following the development, Ohanaeze Ndigbo has demanded for the immediate and unconditional release of Senator Enyinnaya Abaribe by the Department of State Service (DSS).Â Â In a release signed by the it’s President-General, Chief Nnia Nwodo and made available to THISDAY, Friday night, the organisation insisted that arresting the lawmaker based on his inability to produce the Leader of the Indigenous People of Biafra (IPOB), Nnamdi Kanu was totally out of place.Â

Reacting to the arrest, an Igbo socio-cultural group, Igbo Bu Igbo, has condemned “the continued indiscriminate arrest and persecution of political and business leaders of Igbo extraction by overzealous security agents”.

However, sources close to the embattled senator alleged that the arrest was not unconnected with allegations that the presidency padded and distorted the budget which slashed allocations to key development projects including the building of Akanu-Ibiam International Airport Terminal in Enugu.

Abaribe led lawmakers of Igbo extractionÂ Â to allege that the executive padded the 2018 budget with N30 billion after passage by the National Assembly.

Nwodo said the circumstances prevailing at the time of the disappearance of Nnamdi Kanu were beyond the contemplation of the law that a surety can guarantee the production of an accused person.

“The army in the name of “Operation Python Dance” invaded Nnamdi’s home and destabilised normalcy there,” he said.

The organisation further noted that it was only the security agencies that could disclose Nnamdi’s whereabouts, adding that Abaribe had no capacity,Â Â nor had any surety in the circumstances to know the whereaboutsÂ Â of Nnamdi Kanu.Â Â

“What happened in Umahia was an invasion, a war of a kind.

“Nnamdi may have been killed or captured in the imbroglio or even escaped into hiding.

“The onus lies on theÂ Â security forces to discloseÂ Â his whereabouts.

“The judiciary is beginning to tow the line of the executive by throwing the law overboard in matters that affect the South East. We are all equal before the law.

“Senator Abaribe must be released forthwith,” he said

The DSS could not be reached for confirmation but the outspoken Senator has been under the watchful eyes of the Presidency and DSS since he stood surety to the leader of the Indigenous People of Biafra (IPOB), Mazi Nnamdi Kanu, who has not been seen since the Nigerian Army invaded his family home at Umuahia, Abia State, last year.

A source close to Abaribe had also suggested that his arrest may not be unconnected to his constant criticism of the President Muhammadu Buhari led administration.

AbaribeÂ Â who alongside two others stood for surety as part of the bail conditions for Kanu, is due to appearÂ Â on June 26, 2018, before Justice Binta Nyako of the Federal High court, Abuja, to explain the whereabouts of Kanu.

Another source close to the lawmaker said that he was picked Friday afternoon in Transcorp Hilton Hotel in Abuja over issue relating to the bail bond he signed for leader of the Independent People of Biafra (IPOB), Nnamdi Kanu.

Recall that the senator late last year, asked the Federal High Court in Abuja to revoke the undertaken he took on behalf of Nnamdi Kanu.

He later appealed to the Federal High Court sitting in Abuja to discharge him as Kanuâ€™s surety as he has not seen nor heard from Kanu since September 11, 2017.

A statement by Dr. Law Mefor-Anueyiagu and Jude Ndukwe, Chancellor and Head, Media Directorate, respectively, the Igbo group stated that ” With this latest arrest of Senator Enyinnaya Abaribe, it has become indisputably obvious that Ndigbo have been deliberately marked out for intimidation, harassment and, ultimately, perpetual subjugation”.

Continuing, the Igbo group said, while they believed in the efficacy of the rule of law which also implies that no one was above the law, “we will not accept a situation where our leaders are subjected to random humiliation without recourse to decorum and constitutionalism.

“We call on good-spirited Nigerians, human rights organisations and the international community, to take note of the systematic use of state institutions to persecute opposition members and those who hold divergent views from the government.

“Senator Enyinnaya Abaribe is a ranking Senator of the Federal Republic, and, it is our belief that, if not a system where things are done crudely and where persecution takes the place of persecution of political opponents, the Senator should have been invited rather than arrested in a manner executed to humiliate him.

“Let us assure those on this path of error, that, just like it was with our leaders and people who have faced one form of persecution or the other under this government in the recent past, Ndigbo will never be intimidated to abandon their own. The era when our common traducers used to pitch us against one another for their own selfish interests is gone. Today, our common age-long persecution in the country has taught us to be together and be there for one another no matter the circumstances. It is therefore needless for any person, group of persons and or institution(s) to continue picking on Igbo sons and daughters in the hope that such victims of persecution would be abandoned by their people; rather, such actions bind us even closer and stronger.

“Senator Enyinnaya Abaribe remains one of our leading lights not only in Igboland but also the entire country. We hereby demand his unconditional and immediate release,” the statement concluded 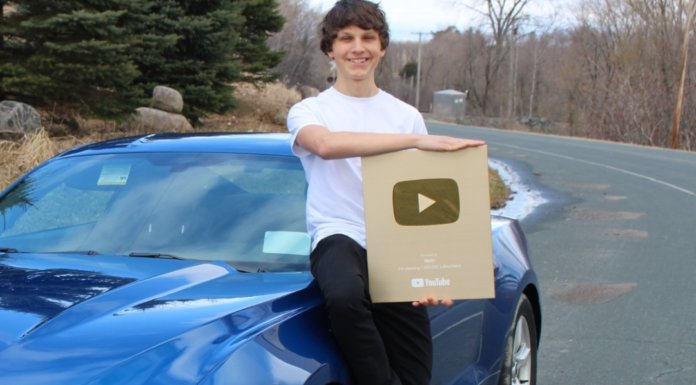