Sets up reconciliation panel Aisha Alhassan to re-contest Taraba governorship
Onyebuchi Ezigbo in Abuja
The leadership of the All Progressives Congress (APC) has said it will take steps to reconcile the aggrieved factions arising from the recent nationwide congresses of the party.

Speaking while inaugurating the newly state chairmen of the party in Abuja, the National Chairman of APC, Chief John Odigie Oyegun, said there is serious need for quick reconciliation which might lead to concessions and harmonisations after the exercise within this week.

â€œThere is serious need for quick reconciliation especially in Rivers, Taraba, Oyo, Delta, Lagos and others. Let the chairmen here wait and should not inaugurate their executives like the others until the issues with the congresses in such states are resolved.

â€œIâ€™m going to set up a committee headed by the Deputy National Chairman North to study the situations in such states for possible actions. There will be concessions and harmonisations after the exercise within this week,â€ he said.

Oyegun told the state chairmen that they should put on hold the inauguration of state party executives till the ongoing reconciliation and harmonisation was over.
He also told the new state chairmen that they have an onerous task maturing APC and ensuring that the partyâ€™s achievements are given adequate publicity in order to convince the electorate.
â€œYou have to work hard to return the party to its lost glory. Also make sure you work hard for the reelection of our president.

â€œWe are aware of conflicts, disaffections and bad blood in the party. Put all these aside and work for the victory of our party at the 2019 general election.
â€œGo and tell the people of the great achievements recorded by the APC government. Your government is on the right course. A firm foundation has been laid for the development of Nigeria. In spite of lean resources, APC has achieved much more in three years.

â€œGet acquainted with the achievements put together in a document which I will make available to you. Tell Nigerians the achievements of your government. In infrastructure; a lot of roads have been constructed, agriculture; much rice is produced, transport, rail is there and power we now have 7,000 megawatts.

Meanwhile, the Minister of Women Affairs, Senator Aisha Alhassan, who had once professed her political allegiance to former Vice President Atiku Abubakar now a member of the Peoples Democratic Party (PDP) expressed optimism that the ruling APC â€œwill rule Nigeria forever,â€ assuring that her party would win more states in 2019.

The minister popularly known as â€˜Mama Tarabaâ€™, said the partyâ€™s coming National Convention would be peaceful, adding that the current crisis in the APC was normal in every big political party across the world.

Alhassan who was addressing journalists n shortly after the inauguration of her factional chairman of APC in Taraba State yesterday in Abuja, also expressed optimism that the party would win the presidency and more states in the coming 2019 election.
â€œCrisis is normal in a big party like APC, once we can do our national convention, then we face the opposition PDP and I assure you that APC will win more states like Taraba in 2019.

â€œI will make sure that in my zone I follow up and by Godâ€™s grace Gombe and Taraba will be taken over in 2019, and donâ€™t even talk about Nigeria because its already APC and it will continue to be APC forever.â€
While making her ambition to re-contest governorship election in 2019, Mama Taraba said she actually won the election in 2015 but it was destined that she wonâ€™t be governor.
â€œI won the 2015 election everyone knows that, even the PDP, and I will re-contest the election again in 2019 if God keeps me alive and well.

â€œIt is God that gives power to who ever he desires, I won the election 2015, but God did not give me power, I will keep trusting in him and the grassroots people of Taraba and God willing, I will win the election,â€ she said.

When asked to react to the report that APC is factionalised in her state, she said: â€œI have a right to choose who become the chairman of the party in the state, there is no faction in Taraba. We are very much together, there was no love lost in the state, we were never divided; it was all about political interest.â€ 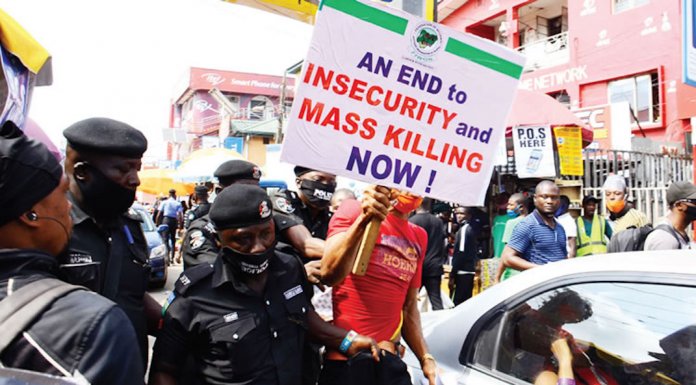