When she celebrated her 41st birthday last Sunday, many who know Hajia Maryam Aminu Waziri Tambuwal knew that day would be dedicated to her initiative, Maryam Mustapha Aminu Waziri Tambuwal (MMAWT) which she launched in 2016 to empower the less privileged and give governance in the state a human face and she didnâ€™t disappoint her fans. She further elevated the hope of the less privileged. This she has been doing since her husband took over the leadership of the state.

The current harsh economic situation in the country has compelled state governments to devise viable strategies at managing dwindling revenue to tackle ever-rising responsibilities, not only in oiling the wheels of governance but also maintaining social and economic cohesiveness. Inevitably, some of the strategies adopted are not going down well with those who feel the bite hardest: the less privileged.

Known as the Maryam Mustapha Aminu Waziri Tambuwal (MMAWT) Legacy, the foundationâ€™s primary aim is to give governance a human face in the state. This it intends achieving by mobilising the youth, caring for the elderly and vulnerable, and encouraging women from all strata of the society. Focusing on driving and achieving the developmental agenda of the present administration in areas of going green, water and sanitation, employment, empowerment, talent identification and management, MMAWT aims at creating more awareness on, among others, environmental sustainability â€“ with issues like desertification and flooding in mind â€“ and access to quality health care. In short, it is designed to uplift general societal well-being.

With components of education, enlightenment, mobilisation and participation under a carefully designed people-oriented and participatory initiative, MMAWT also intends to set up business ventures and skilled activities emanating from the rural poor, grassroots and other less-empowered members of the society.
Expressing its commitment to supporting various education intervention efforts, including providing scholarships, refurbishing and building more classrooms in remote areas and villages, as well as improving access to girl-child education and adult literacy, the foundation equally maintains its resolve to help improve health conditions in the rural areas.

The project is certainly very ambitious. But it is also realisable, if the formidable credentials of the brains behind it are anything to go by. A woman of many parts, Hajia Maryam Mairo Mustapha Tambuwal â€“ niece to Justice Mariam Aloma Mukhtar, the 14th Chief Justice of Nigeria and first woman to attain the position has a track record of accomplishment in sectors as varied as telecoms, oil and gas, IT, and energy. The last of her parentsâ€™ five children, her mother, a successful businesswoman who died in February 2011, had roots in Guinea and Sierra-Leone; while her father, the late Malam Mustapha Balarabe, a close associate of the legendary Malam Aminu Kano in the Peopleâ€™s Redemption Party (PRP), was a member of the House of Representatives from Kano in the Second Republic. 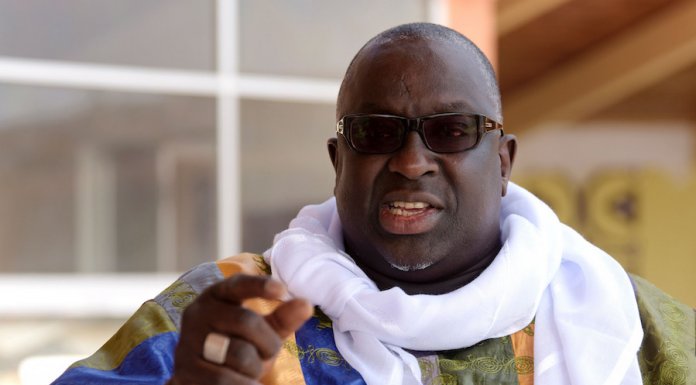