A presidential aspirant on the platform of the All Progressives Congress, (APC), Dr. SKC Ogbonnia has called on President Muhammadu Buhari to ensure a level playing field for all aspirants.

In a statement he issued yesterday, Ogbonnia expressed concern at the partisan attitude of some party and government officials, who he said were using their offices to push Buhari’s aspiration to the disadvantage of other aspirants.

He cited the he appointment of a serving minister, Rotimi Amaechi, as the presidentâ€™s campaign manager and last Tuesdayâ€™s solidarity visit to the president of the Buhari Support Organisation, (BSO) under the patronage of Customs boss, Col. Hammed Ali, rtd.

Ogbonnia, who has declared his intention to contest for the APC ticket against the president, also commended his supporters for their orderly conduct during the recent congresses of the party.

While, commending President Buhari for his pledge not to meddle in party affairs, Ogbonnia said: â€œI must not conclude without commending President Muhammadu Buhari for the continuing pledge not to meddle with the affairs of the party. Yet, his actions ought to speak louder than the words.
â€œI am concerned that, by design or default, Mr. Buhari has continued to allow some of his government appointees and party leaders to double as his campaign officials, especially at a time where the president has primary opponents.

â€œTo achieve true internal party democracy, which our great party professes; party leaders, government officials and public agencies should, at base, appear neutral–even if they are at the mercy of government in power. A progressive party seeking ‘equity must come with clean hands.’
â€œI am very impressed with the calibre of delegates produced at the congresses. I enjoin them to ensure that true internal party democracy is instilled at the processes leading to the 2019 general elections.

â€œI also charge all camps to close ranks towards the greater good of the party and the nation. This is not time for rancour, for help is on the way. With your support, I will win the APC presidential ticket and work with the incoming party leadership to reposition our party to its founding ideals. Needless to mention that, as a president, my administration will unleash the abundant potential of Nigeria to greatness.

â€œEvery party man or woman who truly wants to serve our great country will have a role to play. So there will be enough to go around.

â€œAt the same time, I urge the current leadership of the party to, without any delay, look into congresses marred by irregularities and, where necessary, cancel and re-conduct such elections. As a progressive party, we must lead by example; we should learn from the mistakes of Peoples Democratic Party, where delegates and candidates were imposed on the people, which occasioned its woeful outing in 2015 elections.â€ 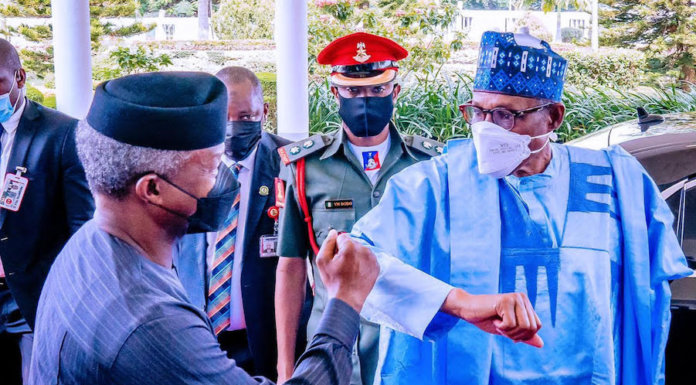