The Investments and Securities Tribunal (IST) sitting in Abuja has finally resolved a decade-long cyclical dispute between a stock broking firm, Valueline Securities and Investments Ltd and First City Monument Bank Plc (FCMB) over the repayment of N2.5 billion shares purchase fund misappropriated in 2008 by the defunct FinBank Plc with which FCMB consummated a merger.

The matter had been handled by the SEC, CBN, AMCON and the Federal High Courts over the decade.

Giving judgment in the case filed by Valueline Securities and Investments Ltd as claimant against Securities and Exchange Commission (SEC), Central Bank of Nigeria (CBN) and First City Monument Bank Plc as 1st, 2nd, and 3rd defendants, the ISt found FCMB liable to pay the claimant an outstanding debt of N988,533,205.86 plus further accrued interest calculated at 18 per cent in the manner earlier directed by the Securities and Exchange Commission (SEC) pursuant to her statutory powers listed in Section 96 of the Investments and Securities Act (ISA)2007.

FCMB is also to pay a penalty of N500, 000.00 to the Claimant as cost of the legal action and a further 10 per cent interest on the judgment debt from the date of the judgment until final defrayment.

The Chairman of the Tribunal, Hon. Siaka Isaiah Idoko-Akoh, who delivered the judgment, explained that the Claimantâ€™s case was that in 2008, it applied for and deposited N2.5billion to buy shares in the Finbank Public Offer but at the end was neither allotted the shares nor was his money returned to him as required by capital market regulations.

According to its pleadings and testimonies, Idoko-Akoh said the claimant petitioned the SEC after failing to get its refund.

The SEC, in line with its regulatory functions investigated the complaint, found Finbank culpable and ordered it to pay back the N2.5billion with 18 per cent interest per annum from September 23, 2008 until full liquidation.

However, when the bank failed to pay, the SEC sought the intervention of the CBN; coincidentally, at the time when the FCMB and Finbank were planning a merger. An All Parties Meeting (APM) was convened where the FCMB undertook to repay the indebtedness of Finbank and for its account with the CBN to be debited at source by CBN provided the merger of the two banks was approved by SEC to succeed.

But on the other hand, FCMB Plc in its defence said it paid back the sum of N4.6 billion made up of the principal N2.5 billion and N2.1 billion accrued interest and believes it had liquidated the debt.

The claimant however disputed the claim that FCMB fully repaid the debt especially as, according to its pleadings, the CBN and SEC had set up another joint investigative team that met and changed the original SEC computation formula for the repayment following a petition by FCMB Plc and without informing or involving the claimant.

Out of the contending issues put forward by the parties, the six-man panel of the Tribunal adopted three issues for determination namely; whether FCMB had fully complied with the directive to pay the debt, whether FCMB was still indebted to the claimant and whether the claimant is entitled to the reliefs it sought in its originating application.

Other members of the Tribunal that heard the case were Jude Udunni, Mamman Bukar Zargana, Edward Ajayi, Emeka Madubuike and Albert Otesile.

On the first issue, the Tribunal ruled in favour of the Claimant stating that the FCMB Plc from verifiable computation figures still owes the claimant an outstanding unpaid balance of the sum of N988,553,205.86 kobo and that interest continues on the sum until fully paid.

Accordingly, the tribunal expressed the firm view that the payment of the disputed debt has not been fully complied with.
On other declarative reliefs and orders sought, the Tribunal said the claimant had proved its entitlement and consequently granted most of them.

The SEC and CBN were told that the mandate for FCMB to liquidate the debt is subsisting and that the SEC and CBN are bound by the report of their joint investigation and subsequent directive to FCMB to pay claimant N2.5 billion with interest at 18 per cent per annum in the manner already calculated by the SEC.

Also, â€œthe failure/refusal of CBN to pay the entire sums from FCMB to VSI Ltd under it joint extant directive and subsisting authority/mandate of FCMB to do so on its behalf is wrongfulâ€, it declared.

The Tribunal also nullified the decision of the CBN and SEC to vary the payment computation formula and clarified that the payment of 18 per cent interest was from August 22, 2013 until the date of judgment and thereafter at 10 per cent post judgment until the final liquidation of the debt. 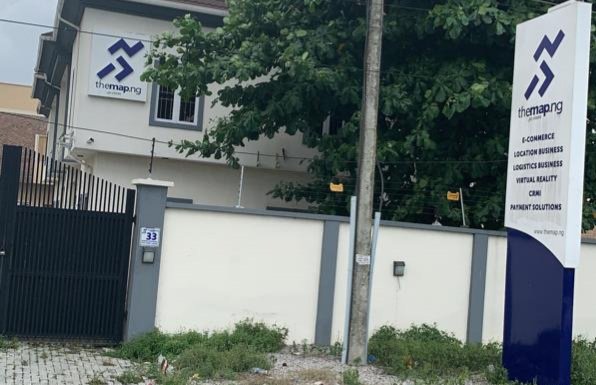