The fight against drugs addiction in Nigeria may be a hard task to accomplish as the National Drug Law Enforcement Agency (NDLEA) yesterday announced the seizure of four tonnes of imported Tramadol tablets at the shed of Skyway Aviation Handling Company Limited (SAHCOL) at the Murtala Muhammed International Airport (MMIA), Lagos.

The agency said what was telling about the drugs was that each dosage is 250 milligramme, 150 milligrammes above the dosage recommended for medical purposes, as it also announced that the drugs it confiscated from the Lagos airport in 2017 was worth over N1 billion by their street value.

NDLEA Command, MMIA, Mr. Ahmadu Garba, told journalists in Lagos that the agency was unable to trace the importer of the illicit drugs, but noted that no clearing agent showed up to clear the drugs, which was imported into the country in two batches from Indian late April, 2018.

Garba explained that the seized consignments were imported into the country through the United Arab Emirates (UAE) airline, Etihad Cargo, adding that it knew about the drugs through intelligence report from its foreign partners who notified it of the impending arrival of the illicit drugs.

He said the approved milligrams for Tramadol by the federal government was 50m and 100m, but stressed that the seized consignment was 250m, which indicated that the importer intentionally imported the high milligrams for wrong purpose.

According to Garba, the first batch of the two consignments arrived in Nigeria on April 23, 2018, while the second consignment arrived on April 25 at the airport.

â€œThe seizure was recovered from SAHCOL Import shed at MMIA on May 17, 2018 ,by NDLEA based on intelligence from our foreign counterparts,â€ he said.

He explained that its officials had laid siege at the shed of the ground handling company since the first batch of the consignments arrived the country and waited for the importer or the clearing agent to come forward for clearance, but no one came to claim them.

He said: â€œWe collected the consignments from SAHCOL shed today (yesterday) signment even before it arrived in the country through our foreign intelligence. Since then, we have been monitoring it and waited for either the importer or any clearing agent to come forward for clearance, but no one came.

â€˜The approved dosage for Tramador is between 50m and 100m, but what thee importer brought into the country was 250m, which is above the approved milligrams by the government. The total waybills were five.

Spokesman of SAHCOL, Basil Agboarumi said that the job of the company is to provide passage for cargo movement; that it is government agencies like Customs and NDLEA that have the responsibility to examine goods imported into the country.

Meanwhile, Garba also disclosed that the command had made a total seizure of 187.22kgs of illicit drugs between January and April this year, while the drugs seized from January to December last year was worth over a billion naira. 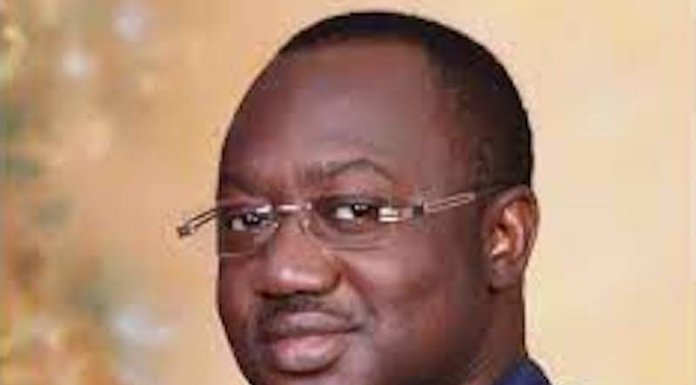