The Lagos State Government thursday said it had subsidised LAKE Rice to the tune of N1.049billion from December 2016 till date, as part of efforts aimed at sustaining food sufficiency and food security in the state.

Speaking at the ongoing annual Ministerial Press Briefing to mark the third anniversary of Governor Akinwunmi Ambodeâ€™s administration held at Bagauda Kaltho Press Centre in Alausa, Commissioner for Agriculture, Mr. Oluwatoyin Suarau, said the LAKE Rice, which is being sold at a highly subsidised rate of N12,000 per bag of 50kg, has helped crashed the skyrocketing price of rice in the country.

â€œThe state government has subsidised LAKE Rice under this review period with N1,049,140,395.00. This is targeted towards ensuring food sustainability and food security in the state and as an end result, making Lake Rice a national brand,â€ he said.

Suarau explained that the subsidy include cost of transportation, bagging and difference in cost price of the rice from other brands, adding that a total of 150 marketers and other ancillary service providers have been empowered through the sale of LAKE Rice.

The commissioner, while restating the commitment of the Ambode -led administration to boost the production of rice, disclosed that the state government has completed an agreement to acquire and establish a 32 tonnes per hour rice mill with AG (â€œBÃ¼hlerâ€), a leading rice-mill producer in the world, stressing that the establishment of the rice mill is targeted at enhancing food security and creating employment in the state.

â€œIt is estimated that the partnership would facilitate the creation of 274,000 jobs across the agriculture value chain, and will also bring about the cultivation of 32,000 hectares of farm land to produce rice paddy, equating to an estimated 130million Kg of processed rice per year which is an equivalent of 2.6milion 50kg bags of riceâ€, he said.

The commissioner said the establishment of the state-of-the-art rice mill will serve as a platform for Lagos to partner with other South-west states aside the existing collaboration with Kebbi State.

This, he said, was in consonance with the regionâ€™s resolve towards achieving economic integration, ensure that adequate rice is supplied to the 32 metric tonnes per hour rice mill and make provision for empowerment programmes for farmers across all the value chains of agriculture.

Suarau said the present administration has since inception embarked on agricultural policies and programmes aimed at enhancing food security in the stated noted that state government has made a lot of deliberate efforts to enhance agriculture with the introduction of programmes in vegetable farming, poultry, cassava farming and various forms of agro- processing programmes to the youths.
He said the commitment of the state government towards the attainment of food security depended largely on cooperation of every resident of the state, stressing that food security and hygienic environment occupies the front burner of the present administrationâ€™s plans to facilitate job and wealth creation as well as reduce poverty in the state.

He said during the period under review, a village listing survey was carried out in three agricultural zones of the state with results revealing that about 711,736 families now take farming as occupation in the state.

â€œThe state carried out Village Listing Survey in the three Agricultural Zones, namely West (Badagry); East (Ikorodu) and far East (Epe). The survey revealed that the estimated number of families taking farming as primary occupation is 558,420 while those taking it as secondary occupation is 153,316 in the state,â€ Suarau said.

The commissioner also said a total of 1,500 farmers and marketers across the five administrative divisions of the state has been empowered adding also that the Agric Youth Empowerment Scheme has trained over 600 youths in various agricultural enterprises such as poultry, fishery and crop production.

â€œThe state government has also provided 12 units of coconut processing equipment for coconut processors in the state and this include Stainless two ton per hour coconut greater, 7.5 H.P Electric motor, Industrial burners, Aluminium bowls and spoon among other equipment,â€ Suarau said.
He assured that the present administration was totally committed to ensuring that the state becomes food secured and continue to demonstrate its all-inclusive system of governance as a means of expanding the dividends of democracy. 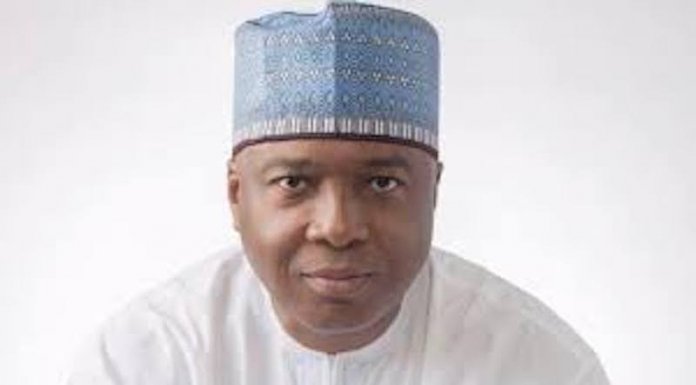