The Kano State House of AssemblyÂ TuesdayÂ removed two of its principal officers even as the police prevented the 24 legislators, who stormed the House, from gaining entry into the complex.

The spokesman of the legislators and former Speaker of the House, Alhaji Kabiru Rurum, announced the decision of the members while addressing journalists outside the Assembly Complex at Audu Bako Secretariat.

However, when other members of the Assembly led by the former speaker, Alhassan Rurum, arrived at aboutÂ 11.20amÂ to gain entry into the complex, the security operatives prevented them from doing so.

The situation prompted the former speaker, Rurum, who engaged the security agents in an argument over why they should be barred from performing their constitutional duty.

Following the argument that ensued, the state Commissioner of Police, Mr. Rabiu Yusuf, in a telephone conversation with the former speaker, instructed the security men to allow the lawmakers to address the press outside the Assembly complex.

The spokesperson of the aggrieved members, Rurum, said: â€œWe are still gathering momentum in ensuring that we get the required members and as such â€˜no retreat no surrenderâ€™.

â€œWe have removed the two principal officers, that is the chief whip and the deputy majority leader. We have gotten the required number of signatories, 24, to that effect as such we have simple majority.

â€œWe also reaffirmed the appointment of Hon. Abdulaziz Garba Gafasa (Ajingi constituency) to continue as the majority leader and made Hon. Kabiru Dashi to be deputy majority leader.â€

According to the spokesperson, â€œAs law abiding citizens and the representatives of the people of Kano State, we have gathered here to do what we deemed necessary to remove the speaker of the House.

“You would recall that there were allegations levelled against me when I was a speaker which led to my honourable resignation to enable the House carry out its investigations.

â€œThat led to the emergence of Atta as the new speaker. And recently, there have been calls for the impeachment of Atta as the speaker. These we have gathered here today, but as you can see, the Assembly complex is been barricaded by the police and men of the Civil Defence Corps.

â€œTo impeach the speaker, we need 27 out of the 40 members of the House of the Assembly to do that. So far so good, we have 24 members who have endorsed for the impeachment of the speaker. That is below the number needed but with that number we can impeach other principal officers and we hereby announce the impeachment of theÂ  Hon. Labaran Abdul representing Warawa constituency as the chief whip of the Assembly, as well as Hon. Muhammad Bello Butu-butu, deputy majority leader and Hon. Iliyasu.

â€œAnd we have unanimously agreed that Hon. Abdullahi Iliyasu Yaryasa of Tudun Wada assume the seat of the chief whip, while Ayuba Labaran from Kabo is to act as the new Deputy Majority Whip, Hon. Abdulaziz Garba, former speaker to continue as the majority leader while Hon. Kabiru Dashi Kiru is now the deputy majority leader.

â€œAlthough we are not in the Assembly complex, but we are within its premises. As law abiding citizens, we won’t engage the security men. The Speaker, Abdullahi Atta, came into the Assembly last night and took away the mace. But that wouldn’t stop us from carrying out our statutory duties as you can see we have provided another mace.â€

Yusuf Ata, the embattled speaker, has been accused of incompetence, embezzlement and localising the proceedings of the Assembly as well as not carrying other members along. 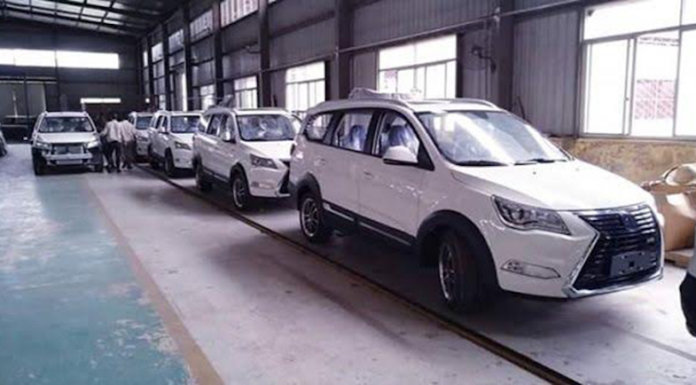