Recent fire outbreaks at substations hosting high-voltage transmission transformers of the Transmission Company of Nigeria have again set off altercation between the TCN and the 11 electricity distribution companies in Nigeria over the integrity of their respective operational assets. Chineme Okafor reports

Since the federal government completed the privatisation of Nigeriaâ€™s electricity market in 2013, the Transmission Company of Nigeria and the 11 electricity distribution companies have frequently engaged each other in a blame game over the operational integrity of their respective assets. Almost every time the sector records an accident or other unfortunate developments, which have also never being in short supply, the TCN and Discos have called each other out. Both entities, which are central in the electricity supply business in Nigeria, usually at these occasions, take a dig at each other for their direct and indirect failures or contributions to the incidents. They point accusing fingers at each other for responsibility.

At a point, the TCN was the whipping boy of the sector, and was accused of failing to guarantee maximum load evacuation to distribution points because it lacked the capacity to do so. At that time, the Discos claimed the TCN had been unable to match their distribution capacities and as such they could not distribute enough electricity to their consumers. They urged the TCN to upgrade its transmission capacity.

Following these accusations, the TCN subsequently embarked on a transmission upgrade and expansion programme, which saw its wheeling capacity go up to about 7,000 megawatts. It then asked the Discos to follow suit and equally grow their distribution capacities to ensure maximum distribution of loads it could evacuate from the generation companies.

Despite that, the two entities have never stopped blaming each other whenever there is a crisis.

In a May 2018 transmission facilities upgrade report, which THISDAY obtained from the TCN, the company reported that it had in the last couple of years expanded its capacities across the country, and was no longer in operational deficit, as always claimed by the Discos. It stated that in its Bauchi region, its in-house engineers had successfully installed about four high voltage transformers, comprising a 40MVA 132/33kv LEEEC mobile transformer at its 132kV Damboa transmission station, which now takes care of Damboa and places like Chibok, Askira Uba, and Mubi; a 30MVA 132/33kV LEECHUN transformer to increase the capacity of Gombe transmission station to 145MVA on 132/33kV circuits, which takes care of Shongo 33kV injection substation, Bara, Tunfure, Buba-Shongo, Orji Quarters, Government House and State Secretariat; a 40MVA 132/33kV ABB mobile transformer at 132kv Mayo-Belwa transmission station in Adamawa State to increase its total capacity to 145MVA on 132/33kV circuits and satisfy places like Mayo-Belwa, Jada, Ganye, Numan and Demsa; as well as a 60MVA 132/33kV LEEEC transformer at to bring the total capacity of its Bauchi substation to 130MVA on 132/33kV circuits and which also now serves consumers in Ningi, Nabordo and Das communities, Dabo Farm, and Government House.

Following recent fire outbreaks at some of its transmission substations, notably in Lagos and Kano, TCN raised the alarm that the work it was doing to improve the quality and quantity of electricity available to homes and offices connected to the national grid was still being limited by the inability of the 11 Discos to invest in the upgrade of their distribution networks. It explained in a statement by its General Manager, Mrs. Ndidi Mbah, in Abuja, that it knew the locations of its networks with operational shortfalls, and was working to rectify them, but said at the moment, the Discos were not taking as much electricity as they should.

TCN added that until the deficiencies in the distribution networks were fixed by the Discos, Nigerians might not fully enjoy the benefits of the on-going expansion of its transmission network.

According to TCN, a couple of its transmission assets, comprising high voltage power transformers, had been completed and energised in the Lagos, Katsina, Calabar, and Enugu areas, with some more expected to be completed within the next couple of days in Abuja, Akwa Ibom, and Kaduna. It said despite this, Nigerians do not get enough supplies from the grid.

â€œAlthough, the Nigeria electricity industry is still facing liquidity problem, the only way that TCNâ€™s rehabilitation and expansion programme can give maximum benefit to the nation is if a commensurate investment is done on the various distribution networks nationwide,â€ TCN said in the statement.

On the fire outbreaks at its substations, TCN said, â€œThe incident at Lokoja substation was caused by the weak distribution network that dropped significant load due to heavy rainfall, which caused high voltage that shattered lighting arrestor that punctured the cooling fan of the 150MVA transformer and more than 10 drums of transformer oil gushed out. TCN stands by its press release on this issue last week.

â€œTCN is aware of locations in its network where improvement is still required and assures that they are being addressed through various installations. It is equally looking forward to working in harmony with other sector players to ensure Nigerians derive maximum benefit from these investments in its network.â€

TCN equally claimed that its transmission facilities were being destroyed daily by the poor distribution facilities of the Discos, and that the only way its Transmission Rehabilitation and Expansion Programme (TREP) could give maximum benefit to Nigeria was when a commensurate investment was done on the various distribution networks nationwide.

But reacting to the allegations by TCN, the Discos through their association, Association of Nigerian Electricity Distributors, said the claims were untrue and not representative of the true status of the network. ANEDâ€™s Executive Director in charge of research and advocacy, Mr. Sunday Oduntan, told THISDAY by telephone that the Discos would favour working with the TCN and other stakeholders in the industry to fix the problems of the sector than engaging in blame game.

â€œThe last stress test that was conducted by the TCN shows that the Discos have a current distribution capacity of 6,288 megawatts (MW). Anything short of that means that the Discos can carry a load that is up to that level,â€ Oduntan explained.

Referring to the recent fire that burnt TCNâ€™s transformer at Alagbon in the Lagos area, and which the Discosâ€™ were blamed for, Oduntan stated, â€œIf any of their transformers, like the Alagbon transformer that is very old and dilapidated, has a problem, they should not look for a scapegoat. If it gets to a situation that we will have to come out to talk and provide more technical details on what happened, we shall do so.

â€œWhy we have refrained from replying is that we feel we should collaborate with all other stakeholders instead of naming and blaming. It is not that we are short of what to say about their activities, we want to work with all stakeholders to get it right.â€

Â Similarly, industry stakeholders who spoke to THISDAY highlighted the need for TCN and the Discos to work together to upgrade their capacities. They noted that their current levels were still inadequate for a country that seeks to industrialise, adding that a proactive approach to attracting investment in the distribution end of the market should be pursued by the industry. 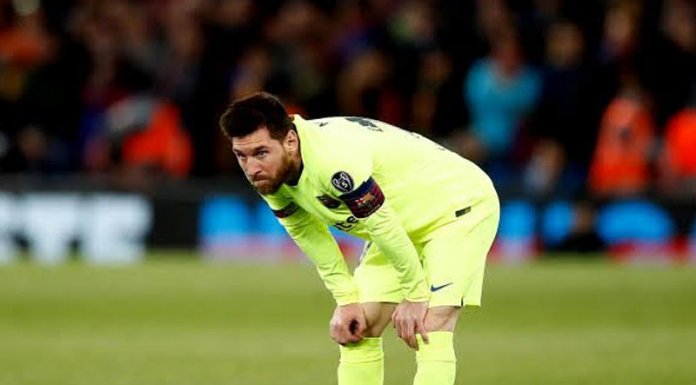