Respected European sports research group, CIES Football Observatory, has ruled out the Super Eagles from amongst teams capable of winning the FIFA World Cup 2018 starting in Russia on June 14.

In the research groupâ€™s weekly post number 225 released yesterday, it ranked the three-time African champions 22nd out of the 32 teams that qualified for the Mundial.

It also ranked Spain as the favourite for the title to be decided on Sunday July 15 at the Luzhniki Stadium in Moscow.

Interestingly, CIES tipped Sadio Mane’s Senegal as the most likely African country to spring any surprise along with Morocco. It ranked Nigeria in the third place among the African representatives.

Mohammed Salah’s Egypt is the least ranked outsiders among the African nations behind Tunisia.

In the assessment of Nigeria’s Group D opponents in Russia, Argentina and Croatia were ranked seventh and eighth respectively in the table of the 32 qualifiers with Iceland coming in as 23rd best behind Nigeria.

President of the Nigeria Football Federation (NFF), Amaju Pinnick, however remained unfazed by the low rating of the Super Eagles.

He told THISDAY last night that he remains unshaken in his faith in Gernot Rohrâ€™s men.

â€œAgain, people ask why do I say that Nigeria can win the World Cup? If you have a child, what do you wish for the child? You wish him to be the best and nothing else.

â€œAnd if you have a younger brother, what do you pray for him to achieve? To be better than you, I believe Eagles can win the World Cup in Russia,â€ stressed the NFF chief.

The research group’s study takes cognizance of the number of matches and players used in the 2018 World Cup qualification stage.

The body was created in 2005 by Dr. Raffaele Poli and Dr. LoÃ¯c Ravenel.

Meanwhile, the NFF has welcomed the decision of FIFA to advance US$2 million to each of the five African teams that qualified for Russia 2018.

It said the money will help the countries playersâ€™ ‘focus solely on football on the pitch’ in Russia.

African countries have always been involved in bonus row at the Mundial. Super Eagles beef with the NFF was blamed for the loss to France in the second round of last edition in Brazil four years ago.

But NFF Spokesman, Ademola Olajire, believes the availability of this money will help in their quest to avert a bonus row in Russia.

“We’ve had problems in the past and the NFF has already worked out a payment mode for the team, but this money will help put everything into shape.

“It will definitely help our players to focus solely on football on the pitch in Russia and not deal with the distraction of when the bonus will arrive,” concludes the NFF spokesman. 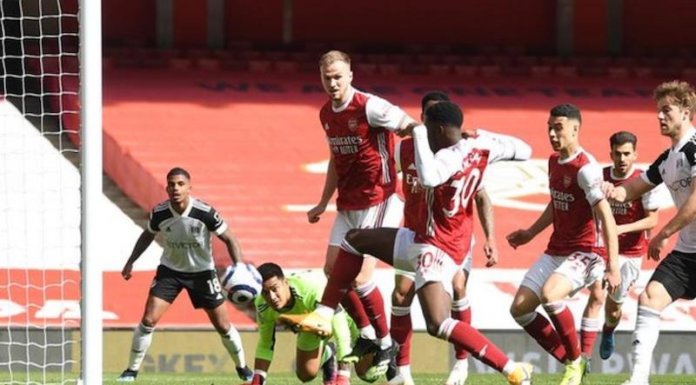