Jude Idada is quietly asserting himself as one of Nigeriaâ€™s most cerebral contemporary playwrights. This is a safe conclusion reached after watching one of his recent prose-to-play stage productions at MUSON Centre, Onikan titled Sankaraâ€™. His plays have the power to send a theatre-goer straight to the library to do some research in history or philosophy, which is indeed a luxury in this fast-moving urban life.

Written and directed by Idada, Sankara is a political drama on the life and times of Burkina Fasoâ€™s former president, Thomas Sankara. That revolutionary leaderâ€™s life story can be summed up in a few words: his strength was his weakness. You can understand that analogy if you remember the massive Titanic, a ship on an audacious maiden voyage with just half of the needed life-jackets on board, just because it was tastefully-built and considered by experts as unsinkable. It sank as soon as the iceberg found its Achilles heel.

Back to Sankara on stage, Thomas Sankara at 33, was a man of integrity with a die-hard passion to liberate his people from imperialism. Highly influenced by Western education, especially the ones that promote egalitarianism, Sankara became such an authoritarian leader for just being strongly opinionated â€“ his Achilles heel â€“ about his socio-political views. As a result, his government was marked by arbitrary arrests, unlawful detentions, extra-judicial killings and other human rights violations. But deep inside of him, he had a heart of gold.

Sankara gradually lost the respect of his early followers who once believed in his revolution against imperialism. His rule was largely influenced by the philosophy of Karl Marx, which proposes in totality the equal distribution of wealth according to needs, not wants. That was communalism, not the communism practised by the former Soviet Union. As a result, Sankara seized land ownership from feudal lords so that every one could possess a land and practice subsistence farming. As President, Sankara had just one car, three guitars, a bad freezer and wore a beret with a star like Che Guevara. Capitalism or selfish amassing of wealth had no place in Upper Volta, which was renamed by Sankara as Burkina Faso.

Sankara was assassinated in a most gruesome manner. According to an eyewitness account, Sankara was shot at continuously for thirty minutes, body dismembered by the bullets and buried in an unmarked grave, while his wife and children fled into safety. Years later, his family members pleaded with the state to order the exhumation of his corpse so that he could be given a befitting burial. That was the history rewritten on stage with Sankara.

Patrick Diabuah had the task of reliving the character of Thomas Sankara on stage. His charismatic performance was matched with optimum performances from Kelvin Mary Ndukwe who played the role of Sankaraâ€™s most formidable political opponent, Blaise Compaore and Chris Iheuwa who played the trigger-happy Gilbert Diendere. The most electrically-charged scene of the play was the face-off between Sankara and Compaore.

The play opened with Sankara, granting an interview to Valerie Giroud (Sarah Fadoul Boulos), who represents all the foreign media Sankara engaged in his embattled life as a revolutionary leader. Valerieâ€™s forceful deportation from the country to France was a clear signal of the sweeping wave of rebel kingdom that co-existed with Sankaraâ€™s leadership. Sankara ignored all the warnings and even with his imminent death, he believed his ideas would never die.

In performance, Diabuah pulled off that â€œmartyr figureâ€ with his mimicry of Burkinabe accent, well-punched lines but his microphone wasnâ€™t too helpful.

Idadaâ€™s Sankara was a bloodless interpretation of a bloody history of a leader, celebrated only at death. The directorâ€™s approach was minimalism at its best. The revolution was recounted in the protracted dialogue issuing between Sankara and the other characters in each scene which perhaps makes the play in performance lack spectacle. Spectacle could be articulated through more dramatic actions, more characters feeding the audience the bits of that history and costumes or masks with more aesthetic details. But it was a two-scene play, oscillating between Sankaraâ€™s office-home and Compaoreâ€™s residence.

However, for new theatre audience in Lagos, Sankara offers a break from the beclouding tradition of musicals that is making performance more interesting than a playâ€™s textual existence. What made post-colonial drama from the Soyinkas to the Sowandes very strong lies in that intellectual appeal. Idadaâ€™s drama is certainly not drama for just entertainmentâ€™s sake, but for its didactic nature to show its beautiful face. Certainly, Sankara must be performed for Nigeriaâ€™s ruling class, to engrave the values of selflessness that Sankara lived to die for. 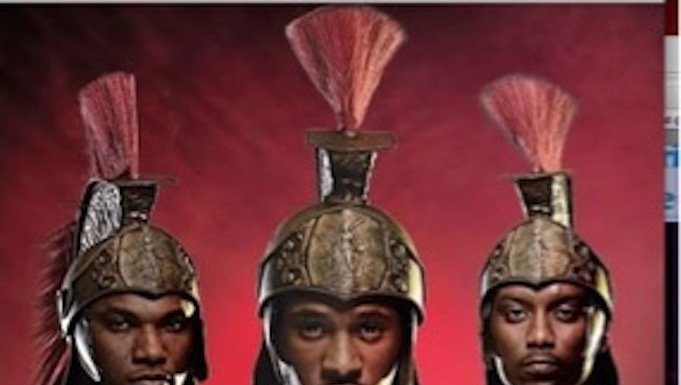