The House of Representatives thursday approved the setting up of an ad-hoc committee to investigate the various conditions of service governing the tenure of public officers including political appointees, civil servants and chief executives of extra ministerial departments, parastatals, bodies and other institutions of government including public-owned companies and corporations under the control of the executive, legislative, and judicial arms of the federal government.

The proposed committee is to determine the operational cost of running the federal government by whatsoever name including security votes, running costs, service-wide votes, impress, contingencies among others, in compliance with Sections 88 (1) a-b and (2) a-b, and Section 89 (1) a-d, and (2) of the 1999 Constitution.

The resolution followed a motion sponsored by Hon. Muhammad Musa Soba (PDP, Kaduna) on the need for a holistic investigation into the conditions of service governing the tenure of elected officers, political appointees among others.

Soba said such rancour had always trailed each session of the National Assembly (post-proclamation) although it is largely informed by assumption, ignorance, misinformation and alternative facts inspired by various motives, elements and groups, some of whom are politically opposed to the institution of the parliament as an arm of government.

He expressed concern that the searchlight for transparency regarding the condition of service of public officers is often not beamed on the executive and judicial arms of government and to that extent, a selective targeting of the National Assembly by the promoters of this type of campaign and therefore, unhelpful in the search for truth, and justice in this manner.

However, he said the outcome of the investigation should serve the purpose of identifying illegalities, excesses or infractions of the law in any departments or levels of government, if any, and for purposes of guiding the public debate on the subject matter which for now remains a monologue and one-sided in the absence of fair hearing extended to all relevant arms of government, the National Assembly inclusive.

The report of the inquiry would be documented and made readily available to interested public in furtherance to assess public records as provided for in the Freedom of Information Act, 2012.

The Speaker of the House, Hon. Yakubu Dogara, did not entertain debate on the motion since itâ€™s investigative in other not to pre-empt the outcome.
â€œIf you want to slaughter a bull, you donâ€™t show the bull the knife,â€ the Speaker added. 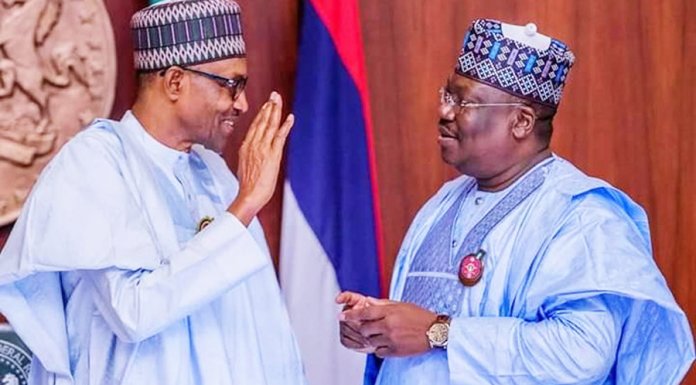