Edo State Universal Basic Education Board (SUBEB) has commenced review of contract bids for the renovation of 230 public schools across the 18-local government areas in the state.

Special Adviser to the Governor on Basic Education, and ActingÂ Chairperson, Edo SUBEB,Â Dr. Joan Osa-Oviawe, who presided over the process in Benin City, said the renovation work will include various levels of repairs and/or overhaul in the 230 schools.

She said the Governor Godwin Obaseki administration intends to renovate over 1,200 public schools in the state, but that the first batch of 230 schools are captured in the pilot phase of the exercise. “The schools were selected to represent all wards in the state. Wards with higher population have more schools captured for renovation,” she said.

“The second phase of the exercise will include schools that are in deplorable state, requiring major re-construction work or complete overhaul,” she added.

Oviawe explained that the bidding was carried out openly before contractors so that thoseÂ  bidding for contracts will have first-hand details for each bid and exact fund allocated.

“This step became necessary in line the Obasekiâ€™s administration’s insistence on transparency in awarding contracts.”

She said a technical committee was set up to review the process and ensure the biding was transparent and done in line with laid down procedures, adding that the committee is expected to make recommendations for final selection of contractors.

She noted that the governorâ€™s drive to improve access to quality basic education is to build a solid base for the revival of the education sector, noting, “aÂ standard primary school in Edo State should have perimeter fencing; access to electricity powered through renewable solar energy; water supply; play ground; furniture; toilet facilities; and mini-library for each classroom.â€

One of the contractors, who participated in the bidding process, Mr. Austine Aimiuwu, commended the state government for ensuring a transparent bidding for the contracts, adding, â€œIt is remarkable that the bidding followed due process and done in a seamless manner.

“It is interesting that the godfatherism factor that is common with bidding for contracts never reared up. This ensured that the process was not compromised. I am assured that only qualified contractors who meet criteria for the contracts will get the contracts

editor - October 31, 2020 3:03 am
16
BY DELE MOMODU Fellow Nigerians, let me start by thanking God for my unusual mindset. I’m also grateful to those who have mentored me in... 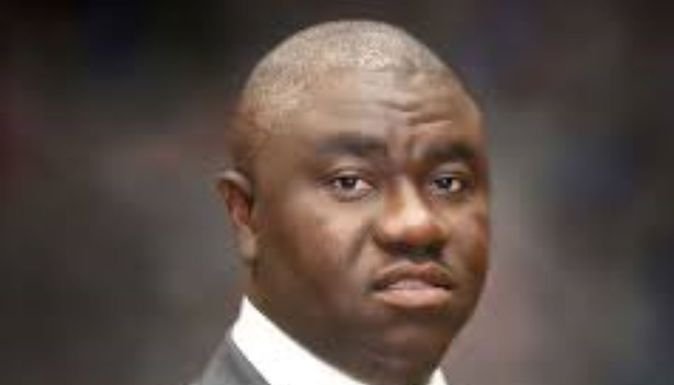