As members of the Islamic Movement in Nigeria (IMN) also known as Shiites yesterday continued with their protest for the release of their leader, Shiekh Ibrahim El-Zakzaky, there was tension around the Abuja metropolis as its members and the Nigerian Police clashed.

This was as the group claimed that 30 of its members were missing after a previous protest at the Central Business District in Abuja on Monday.

El-Zakzaky was arrested in 2015 by the federal government over allegation of arbitrariness and other acts, including preventing the Chief of Army Staff (COAS), Lt Gen. Tukur Burataiâ€™s convey from passing on a federal road during a tour of Army formations in the North-west.

Members of the IMN have been calling for El-Zakzakyâ€™s release since 2015, with the federal government ignoring such calls as well as court pronouncement on his release.
But yesterday, the members of the group who barricaded the Sani Abacha Highway and other entrances to the popular Wuse Market, were intercepted by the police, leading the arrest of several members of the movement.

The arrival of the police around the market led to a pandemonium as Shiites protesters engaged the police by throwing stones and other items at the security personnel.
A similar protest on Monday by the group resulted in a clash with officials of the Nigerian police, with the the force confirming the arrest of 115 members.

Speaking to THISDAY, FCT Police Command Public Relations Officer, Anjuguri Manzah, said: â€œThe Shiites members again converged at Wuse Market, blocking major roads access roads to the market, our men had to dispersed them to create access, and they started throwing stones at the police.
â€œOur men professionally handled the situation, they were later dispatched and some of them were also arrested,â€ he stressed.

Manzah explained that investigation would commence on those arrested, insisting: â€œThe police will continue to be on groundâ€ to ensure law and order within the city.

Although the police had denied any casualties during Mondayâ€™s protest, a leader of the group, Abdullahi Musa, said a member was shot in the head, resulting in a serious brain injury on Monday.
According to Premium Times, he added that the affected Shiite member was rushed to Kano for further treatment.

â€œOne of us was shot in the head yesterday. His brain came out. He is currently being rushed to the Aminu Kano Teaching Hospital for further treatment.
â€œThe police said they arrested 115 of our members, but 145 of us were the number that got missing; and I saw a van with my eyes that carried some people from among us, who looked dead, the way they were being carried. I saw them with my eyes,â€ Abdullahi said.

â€œThirty of our members, now are yet to be accounted for,â€ he added.
Musa further said that although he cannot tell how many members were arrested yesterday, three trucks of IMN members were taken away by police officers at the Wuse Ultra-modern market, Abuja.

â€œI saw them take three truck load of our members today. They however did not use life ammunition today, except sticks and teargas. I myself was badly beaten with sticks by the police,â€ Abdullahi said.
Other eyewitnesses said they ran into hiding when they saw the protest begin and the police came using teargas.

An Abuja Division of the Federal High Court had in December 2016 ordered the immediate release of El-Zakzaky and warned the federal government to desist from demonising members of the group.
Justice Gabriel Kolawole also gave a 45-day ultimatum to the government to comply with the court order, which included the award of N50 million in damages for detaining the plaintiff and his wife without trial.

The federal government failed to comply with that court order; but filed an appeal, days after the expiration of the 45-day ultimatum given by the trial court.

Meanwhile, a Nigerian lawyer based in the United States, Emmanuel Ogebe, has called on the federal government to immediately release El-Zayzaky with a warning that his continued detention would negatively affect the countryâ€™s human rights status in the world.

Ogebe, who is also the Co-ordinator, Justice for Jos Project, is of the opinion that the government might be breeding another set of Boko Haram unintentionally.
Speaking at a press conference in Abuja, Ogebe, who is the son of a retired Supreme Court Justice, described the continuous detention of El-Zakzaky as a dent on the human rights record of the country. 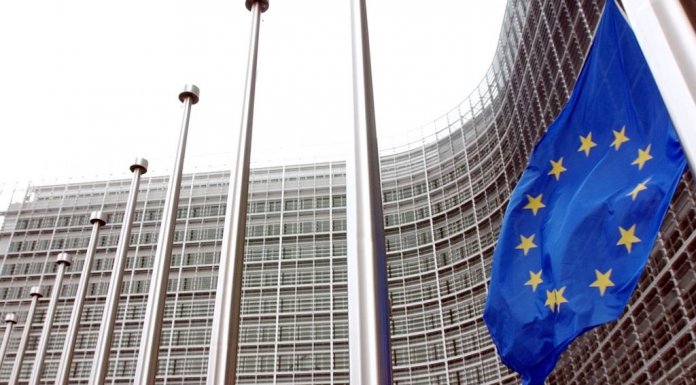