The private banking unit of Fidelity Bank recently organised aÂ five-dayÂ kids coding boot camp in Lagos to equip Nigerian children with the necessary knowledge, skills and capabilities to compete favourably with their counterparts in other nations.Sunday EhigiatorÂ writesÂ

Master Okemesimi Aigbe gazes at his computer screen, cautiously plotting his next move. As part of a class task to re-create a simulation of a road racing competition, the 10-year-old spent the better part of the hour trying to animate F1 drivers swerving back and forth across highway lanes. The young lad seems rather perplexed as a series of computer commands are proving too complicated than he had expected. But, with a little tweak here and a slight adjustment there, Aigbe finds himself edging closers to his dream.

â€œI want to build a website and games from the programme,â€ muttered Aigbe, an enthusiastic participant at a 5-day Kids Coding Boot Camp organised by the Private Banking Division of Fidelity Bank in Lagos. Finally, he inputs some codes and hits the enter button. He smiles in utmost satisfaction as he watches his Porsche Carrera GT zoom past obstacles on the simulated race course. Aigbeâ€™s exploits are some of the many examples that demonstrate how the process of learning to code can deepen creativity in children.

The late John Fitzgerald Kennedy (JFK), 35th President of the United States (U.S.) who faced a number of foreign crises, especially in Cuba and Berlin, said, â€œLeadership and learning are indispensable to each other.â€ Fidelity Bank recognises the importance of education and remains highly committed to equipping Nigerian children with the necessary knowledge, skills and capabilities to ensure that when that future does arrive they are capable of taking advantage of available opportunities to drive socio-economic development.

It is well established that children who learn coding and programming logic are better problem solvers, have stronger analytical reasoning skills, and become more involved, inquisitive learners who are driven to construct knowledge. Moreover, it is also a Science, Technology, Engineering, and Mathematics (STEM) discipline, one that teaches kids how the internet works, how systems they rely on function. More importantly, computer coding is also a skill fundamental to a global economy driven by technology.

â€œToday, you cannot be a citizen of the world without being computer savvy,â€ stated the Bankâ€™s Managing Director and Chief Executive Officer, Mr. Nnamdi Okonkwo, during the opening ceremony of the kidâ€™s camp. He reasoned that it is important to equip our children â€œwith the right tools to compete favourably with their counterpart in other nations and lead Nigeria to the future.â€ As part of its mentorship programme, Fidelityâ€™s Private Banking Division organised the coding camp to provide participants with a foundation upon which to build their careers as programmers and tech entrepreneurs.

It was a great time of learning, creativity and fun as wards of their clients gathered at the Private Banking Office in Ikoyi, Lagos, to learn how to write code, create apps, and make games whilst also developing competitive skills to assist them in todayâ€™s rapidly changing environment. The camp which held in two streams for a period of two weeks admitted kids from between the ages of 10-17 years. The first stream, which started on April 3, had about 20 students from select primary and secondary schools in Lagos.

During the first dayâ€™s session, Henry Okonkwo of Truparse, a Lagos-based digital creative agency that facilitated the code camp, introduced the children to the basics of creating games. He later showed them how to build games using JavaScript, HTML and CSS. The programme was designed specifically to prepare children for software development, software optimisation and solution design; thus enabling kids with little or no coding experience to understand coding concepts and immediately apply these skills and knowledge to their academic and daily interactions.

Currently, software is at the heart of the global knowledge economy as the increasing adoption of Information Communication Technology (ICT) enabled tools and technologies further enhance its value. Softwareâ€™s growing influence is adding more than $1.14 trillion a year to the U.S. economy, according to the Economist Intelligence Unit.

It is evident that the software industry is a catalyst for economic growth. Interestingly, the software presents Nigeria with an opportunity to take high up position in the global ICT value chain. However, the industry has witnessed some major challenges. Nigerian Software industry is innovative, virile and versatile but support from the government at all levels is still very low. Indians have grown their homemade software and are exporting them to the whole world while Nigeria still depends on imported ICT solutions.

As a reputable financial institution committed to growing the Nigerian economy, Fidelity Bank strongly believes that young Nigerians need to solve problems in their immediate environment with modern technology currently characterised by the Personal Computer (PC). With laudable initiatives such as the Kidâ€™s Coding Camp, the Bank is fully persuaded that Nigeria can build an army of software developers that can transform the fortunes of this nation.

The coding camp is a follow up to an Etiquette Workshop for children still as part of mentorship programme of the Private Banking Division. The event which took place last year was designed to provide the right coaching for the younger generation, the workshop was intended to prepare them for future endeavours. Children between the ages of nine to 15 years, were also trained on other soft skills such as communication and collaboration to prepare them for future endeavours.

Mrs. Janet Adetu, the workshop facilitator noted that the workshop will not only provide children with requisite social skills to manage difficult situations but also boost their self-confidence.

â€œWe want to build their self-confidence and make sure that our children are prepared to take up leadership opportunities in the near future.â€

Adetu, who is the Chief Executive Officer of JSK Etiquette, a leading etiquette and protocol company said the essence of the workshop was to teach these children soft skills to enable them to thrive in this difficult times. 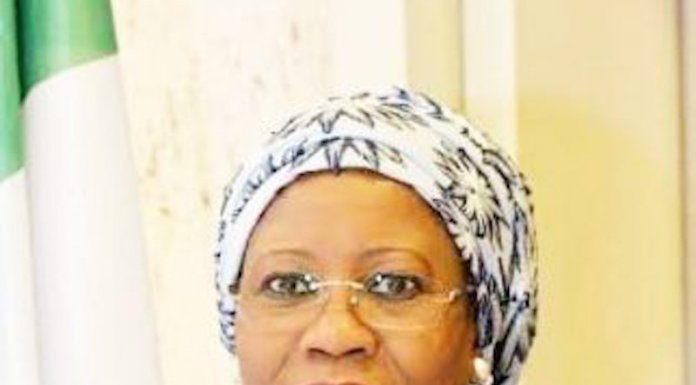