Not many people knew of his involvement with a pioneering art movement, Mbari Club in Ibadan where he spent part of his childhood. That experience would later play a major influence in his life as an artist. Inside the museum of the Old Colonial Prison, now Freedom Park, Lagos, Jimi Solanke told his own story with his characteristic expressive face and carefully modulated stage voice.

Born on July 4, 1942 in Lagos, Olujimi Adeboye Solanke is a true legend whose years of storytelling on Nigerian television had never been about himself. Perhaps, one of the most decorated performing artists of all time in Nigeria, Solanke is also famed for the series such as â€œStorylandâ€™â€™, one of the folk storytelling traditions he promoted during his career on the screen.

His parents had roots in a serene town called Ipara in Remo North, Ogun State. It was the era when it was unconceivable that anyone would make a career out of music; for musicians were generally seen as social misfits. But as a young student, he began writing songs.
â€œI have been writing songs that were recorded by big bands,” he began. “â€˜Oro mare ara dun gboâ€¦/won pe yen lo nile gogoroâ€™ and â€˜Ore titan/ Ore otito osi moâ€™ and Roy Chicago recorded it. I wrote those songs then in secondary school in Ijebu province, not far from Ikenne. I was already leading a music band in school then. When I finished secondary school, I moved to Ibadan. Where I was staying was close to the area where there were nightclubs and many bands. I was singing with them until I finally performed with Chris Ajilo.”

After secondary school, he began working as a print engineer at Caxton Press but he never liked the job. Instead, he would wind up at a night club and stayed till dawn. Resuming his normal duties as an engineer the morning after was a constant wrestle with hangovers. Asides that inconvenience, he didnâ€™t like the feel of grease in his hands. Heâ€™d rather run his fingers along the keyboard or any other instrument that he could find. This didnâ€™t go well with his uncle who was a representative of the Western Region in London.

â€œMy uncle gave me the opportunity to be myself when he said to me, â€˜if you know you will not go to work, leave my houseâ€™. I left his house and went to where I could stay with some band men and I became so free. That was how I got into the Mbari Club of Ibadan and I was acting with Wole Soyinka, Yemi Lijadu, Demas Nwoko and the likes. They inspired me to poetry reading, prose and drama. In 1963, the School of drama was started at the University of Ibadan. We all applied and I was admitted to the first school of drama in Africa. After graduating, they wanted us to stay. I was there for another three years with the acting company.”

He was there till 1969 when he went to Ife. Fired up with the acting, dancing and singing skills learnt at the University of Ibadan, where he obtained a diploma certificate, he became an assistant director to three directors including the late Professor Ola Rotimi (Drama) and Akin Euba (Music).

â€œI worked at Ori Olokun Theatre in Ile Ife,” he continued. “We performed at various locations until we went to Benin to perform Ola Rotimiâ€™s Ovonramwen Nogbaisi and the Governor said â€˜you canâ€™t take our Oba backâ€™. I played the lead role in the play and Ogbemudia said, â€˜This is our Oba, you will stay. So, I stayed as a senior cultural officer at the Mid-West Art Council setting up the dance, drama and music section.”

While in the United States, he created a drama group called The Africa Review where members wore African clothings and performed in Afro-American schools. In Los Angeles, his story telling grew and he became designated in the media as â€œmaster storytellerâ€™â€™. On returning to Nigeria, he started working on content for television and created “Family Scene” on Lagos Television (LTV). Later, he got an invitation from the NTA to participate in childrenâ€™s programme workshop at the NTA Film School in Jos. That led to the creation of the epic “Storyland”, which ran for about seven years.

â€œI also recorded another series of Family Reflections for Galaxy Television. After that, I designed the one for AIT called African Stories,” he added.

Folklores are rich in moral values and Solanke had helped in grooming a generation of children who were absorbing stories of tortoise, drawing on the moral lessons for character formation. The show also allowed artists to illustrate the characters in every story to leave a lingering mental picture.

Looking at the popular music scene in Nigeria, from the lyrical and graphical perspectives, it has fast become morally debasing. As a conscientious songwriter, Solanke expressed his thoughts on the current trend, without mincing word after his recent collaboration with a folk singer, Poskii in the song â€œIfe Baba Agba” was recently launched in Lagos.

â€œThat is why I allowed that music collaboration because the material was decent,” he explained. “You would hear some songs today that are so disturbing and you will ask â€˜What is this?â€™ They have taken it across board, musicians are struggling against a big torrent. If they donâ€™t find someone to save them, it is horrible. There is no songwriting anymore. They just take on phrase and repeat it for the next ten minutes and they claim to have written songs. Songs donâ€™t come from any magical source. You can talk about issues happening or something that has happened to you or an experience that you will want to share. For instance, â€œOlolufe/ Mafimi sile/ Oro ija kekere yen o/ je ka te te pari ija yi/ ki awa ko le gbadun oro ifeâ€™â€™ (meaning Dear Lover/ Donâ€™t leave me/ Let us settle our little misunderstanding / so we can enjoy our love lifeâ€™â€™ is a meaningful love song. There must be a reason whey you are writing a song. You donâ€™t just enter the studio and make noise like a bus conductor.” He grimaced at the thought.

Modern music critics have been challenged at music workshops and talk sessions to write or broadcast critical reviews that will raise the bar for quality music artistry. The decline in constructive criticism of Nigerian music may have accounted for the falling standards. Solanke thinks corruption in the media too plays a part.

â€œNowadays, media unleash rubbish on the populace. Are they themselves drunk or something? Donâ€™t they listen to it before they air it? There are somethings that should not be broadcast; NTBBB. You must know that law. Part of the blame should be on the media practitioners,â€™â€™ he argued.

Some may also argue for the artists that for commercial success in Nigerian music, you need some ingredients of graphical lyrics and lots of semi-nude women in the accompanying music videos. Solanke thinks that an artist only needs to be well-grounded and consistent to make it.

In his early days as a musician, he and his contemporaries depended on old lorries to transport their musical instrument from one place to another. Stipends were given to performers and many couldnâ€™t live on that. He didnâ€™t stop. Now, Solanke, who played lead roles in movies such as Sango and Kongiâ€™s Harvest has a retirement home and is currently building a huge centre for his hometown in Ipara. Called the Centre for Creative and Performing Arts Enhancement, the building which sits atop a 10-hectare land was conceived on the need to have a skill-oriented school for performing arts where an artist can be well-developed. He thinks the acting industry is filled with many who still needs to be trained. At the moment, good looks and physical assets are more likely to land an actor a role than his talent.

â€œThat is why I donâ€™t act anymore because the majority of the people who act today just paint their faces and go to location as an actor. You must be dedicated to the character you are playing. Actors today speak from their chest and their nasal compartment. I cannot act with such people. When I make live plays enlivened in Ipara, that is when you will see me on stage. Majority donâ€™t give words its normal weight and colour. They donâ€™t know how to put words into use. I am saying it because I am an actor-teacher.”

Nicknamed “Baba Agba” after his 1986 hit song, Solanke is one of the few artists of his period who earns good money from live concerts. He remains an indefatigable, centre-stage artist. 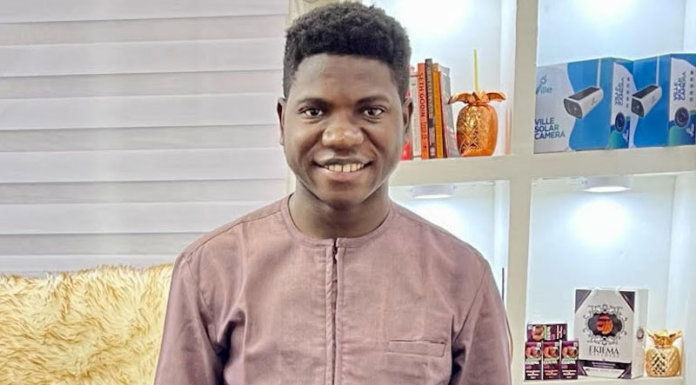