Home Sport Moses,Â FridayÂ , Others Dominate CBN Junior Tennis Championship
Share
WhatsApp
Facebook
Twitter
Email
Google+
Pinterest
Linkedin
ReddIt
Print
Tumblr
Telegram
StumbleUpon
VK
Digg
LINE
Viber
The duo of Favour Moses and GabrielÂ FridayÂ from Kaduna State, last weekend emerged winners of the U-16 boy and girls category ofÂ 2018 CentralÂ Bank of Nigeria Junior Tennis Championship which was rounded up at the National Stadium in Lagos.
In the girls’ final match, Mode overpowered Â Adeyemi Omolade from Ondo State 9-8 in a tie-break game to win the categoryÂ just as Â GabrielÂ FridayÂ outclassed Lagos state representative, Mathew Agbamu,also 9-8 to claim the boys’ category trophy.
Also victorious was the Oiza Yakubu of Lagos state who stopped Chidinma Eze from Anambra state 9-7 to win the girls 14 title even as Ekit state’s Daniel Adeleye defeatedÂ FridayÂ Victor 9-4 to smile home with the Under 14 boys title.
Another champion was Ganiyu Mubarak who sent Phillips Pyagbara packing via 9- 3 defeat in under- 12 boys category.
Esther Oni Â lost 6-9 to Afolabi Imole from Oyo state in the girls U-12 division while Â Nene Yakubu surpassed all opposition to emerge victorious in Â the U-10 girls category that was played in a round robin format.
Meanwhile, the Ag. Director Corporate Communications of the CBN, Isaac Okorafor has that he was trilled by the large turnout of over 300 junior tennis players that came from across the country to for the 2018 editon, said he was indeed excited even as he commended parents for releasing their wards for the championship.
Adding that as the apex bank in the country, the Central bank will continue to sponsor youth developmental programmes like the junior tennis for the benefit of Nigerian youths as part of its social responsibilities.
He also encouraged other corporate organisations in the country to emulate the CBN by joining the Nigerian Â child development crusade through youths sports sponsorship programmes. 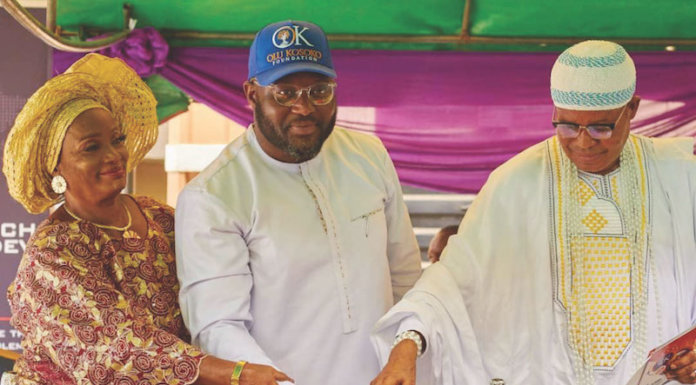