The negative reserves may not be unconnected with the recession as many insurance firms who underwrite dollar denominated policies, during the period had to pay the claims from their reserve due to the high inflation rate and rise in the exchange rate of Naira to dollar.

Speaking on the development, stakeholders said the insurance industry needs urgent attention as negative reserves is an indication of imminent crisis.

At the heat of the recession, the Managing Director International Energy Insurance, Mr. Peter Irene, had in an exclusive interview with THISDAY, raised the alarm that dearth of Forex occasioned by the collapse of oil price and the prevailing government Forex policy then, had compelled firms which underwrite dollar denominated risks, to fall back to their internal operations to settle claims at the expense of their comprehensive income.

He had also observed that insurers who delayed settlement of dollar denominated claims until the country plunged into recession and the attendant astronomical rise in forex would have difficulty settling such claims. He noted but because of influence of the sector regulator that the National Insurance Commission (NAICOM) on such firms, the firms would resort to their reserves to settle such claims, a situation which he said would be suicidal for such firms.

“Most insurance firms had their treaty agreement in Naira even when they accepted dollar risk. What it means is that for example, you now have a claim, you have to pay in dollar but at the time you took up the risk, even though some people placed it in dollar, the exchange rate at that time was a fixed rate. Because of that, most insurance firms have to cough up huge claims in dollar.”
He said closely connected to this is the fact that most treaty in Nigeria are denominated in Naira and most of them were translated at the exchange rate ruling at that time the contract was signed.

Furthermore, he said: â€œIf you have to pay, it means that you have to cough up money from your internal operations to make up when you are paying claims in dollar that were denominated in Naira.

Another problem he noted was that most of the dollar claims that were not paid before, will have to be paid now and to do that, operators have to pay more and that will impact on their comprehensive income.

The international Energy Insurance boss said those were the issues adding that many insurance companies have been caught up with this and cautioned other operators to be careful in their business.

Two years down the line, the insurance firms are facing the negative impact of the recession in form of negative reserves as predicted by the IEI boss.

Meanwhile, industry analysts said this portends danger for the industry and it signals the negative state of health of most operating firms in the industry.

According to the analysts, if 29 of the existing 58 insurance firms, representing about 50 percent have negative reserve, it means the entire industry has to tread with caution in their business operations.

Some industry stakeholders said the insurance industry needs urgent attention as negative reserves is a pointer to crisis.

Managing Director Lancelot Ventures Limited, Adebayo Adeleke, who is also a prominent member of Independent Shareholders Association of Nigeria (ISAN), speaking to an online news agency inspenonline on this noted that if 29 firms which is half of numbers of firms in the industry, have such challenges, it means the industry is really in trouble.

According to him, negative reserves denote that shareholdersâ€™ funds have depleted and that the firms are not making profits.

He called on the National Insurance Commission (NAICOM) to really look into operations of most firms and encourage ailing ones to merge before they collapse and erode policyholdersâ€™ funds.
A researcher, Obinna Chikezi, said many reasons such as having claims above reserves, poor reinsurance protections for covers provided, high management expenses, low capitalisation and others could induce negative reserves. 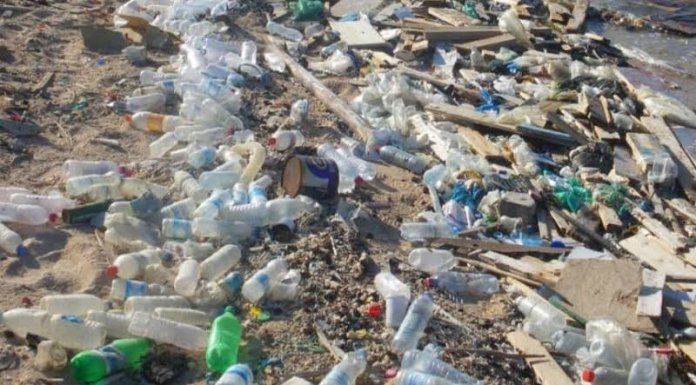 The Test of Democracy in Rivers State