Promoter of the first and only International Association of Athletics Federations (IAAF) silver label road race in Nigeria nay West Africa, Mike Itemuagbor, has congratulated the immediate past Governor of Edo State, Adams Oshiomhole as he clocks 65 years on earth today.

In his congratulatory message, Itemuagbor relives memories of how Oshiomhole and the current governor of Edo State, Godwin Obaseki, embraced the idea of a 10km road race to project Okpekpe town in particular, Edo State and Nigeria in general as an international sporting destination.

â€œThe significance of this day is beyond just your birthday. It is a celebration of someone that is loved and greatly admired not only by the people of Edo State but also by all sporting loving Nigerians who feel honoured that through your actions Edo State is playing host to an international sporting event. Happy 65th Birthday Comrade Governor,â€ wrote Itemuagbor in the goodwill message to Oshiomhole.

â€œWe are happy that you made Edo State the first in Nigeria to host an international athletics event that is recognised by the world governing body for the sport. With your unconditional support Okpekpe race became the first road race in West Africa to be granted a label status by the IAAF,â€ Itemuagbor further wrote.

â€œAs we all know, IAAF Road Race Label events are races that the IAAF designates as one of the leading road races around the world. Having Okpekpe race designated as one of such few races across the globe is no mean feat and we are forever grateful for it. Perhaps, we won’t be talking about the race today if you did not construct the beautiful network of roads in Edo State one which is playing host to the race which is in its sixth edition this year.â€

â€œApart from the fact that the IAAF always emphasises gender equality in all its programmes, we are also committed to making sure it is reflected in everything we do. The prize money for the race is equal for both men and women both at the elite field level and for the Nigerian participants,’ he concluded. 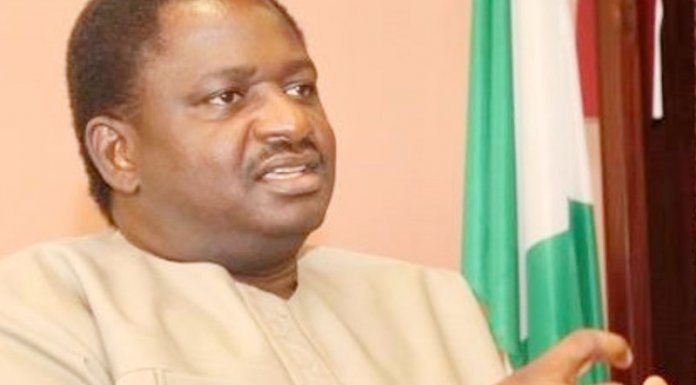