The Deputy President of the Senate, Dr. Ike Ekweremadu, is one who knows his onions. When he speaks, his colleagues at the National Assembly listen, not just because he has depth about the constitution, with his doctorate degree in Law, but also the maturity he brings to bear on his contributions at Senate sessions and other engagements. He has been Deputy President of the Nigerian Senate since 2007 â€“ a feat he managed to retain under an All Progressives Congress (APC)-dominated National Assembly.

Recently, Ekweremadu was appointed a full visiting Professor and Senior Mentoring Scholar of e-Governance and Strategic Government Studies by the Southern University, Baton Rouge, Louisiana, United States.
According to the appointment letter in February 2018, he is expected to mentor doctoral students, junior lecturers, as well as take a lead in advising the Universityâ€™s research centre on academic issues related to e-Governance and Strategic Government Studies.

With his intellectual background and legislative industry, Ekweremadu had become an asset not only to the Senate but also to his party, the Peoples Democratic Party (PDP), the main opposition party in the country. Given his high office, he is the most senior elected official of the PDP, and not a few political analysts have scored him high for the leadership he has offered the party. For a polity that is becoming increasingly characterised by intolerance of opposing views, little wonder political pundits are reading meanings into the recent allegations by the APC-led federal government that he under declared his assets.

Early in May 2017, Ekweremadu, at plenary, raised the alarm about a plot to incriminate him by planting monies and guns in a house linked to him. The plan, he said, was part of a grand plan to arrest him and take him out of circulation on the basis on an investigation. It was, however, alleged to be a plot to remove him from his position of Deputy Senate President and frustrate any future political ambitions he has.

Although officials of the government denied the plot, his official guest house in Maitama, Abuja was raided by officers from the Inspector General of Police Special Squad two weeks after he raised the alarm.

The police, however, said it had nothing to do with the raid, wherein the steward who was in the guest house at the time of the search, was arrested and later released.

Recently, Ekweremadu again accused the Special Assistant to the President on Anti-Corruption and Prosecution, Mr. Okoi Obono-Obla, of sponsoring a smear campaign against him ahead of the elections. He alleged that Obono-Obla and one other person, had petitioned the Economic and Financial Crimes Commission (EFCC), claiming that he was given some money by the federal government to develop the South-east geo-political zone, but diverted it to purchase 32 properties.

A few days after he released the statement, the federal government indicated that it would try Ekweremadu for not disclosing some assets, allegedly totalling 13, in the United Arab Emirates, United Kingdom and United States of America, and seek forfeiture of the assets.

But in a swift response, Ekweremadu said there was no asset to forfeit as all his assets had been declared.

The Fixation on Opposition
Not long after the focus on Ekweremadu, the EFCC went after two more prominent members of the leading opposition party, the immediate past President of the Senate, Senator David Mark, and the Minority Leader of the House, Hon. Leo Ogor, threatening to declare them wanted (interestingly for the same â€˜offencesâ€™ some members of the APC had been fingered, but not haunted). These moves gave credence to the charge by social critics and opposition elements that the Muhammadu Buhari governmentâ€™s anti-corruption war was a farce.

Perhaps so, for the way the anti-corruption agencies have been going solely after members of the opposition parties or critics of the government appears to have tainted the much touted integrity of the Buhari government. It has become evident that to make an anti-corruption trial disappear, all a politician with the sword of Damocles hanging over his head needs to do, is renounce their membership of the PDP and pledge allegiance to the APC and Buhari.
If that is done, witnesses would suddenly disappear or recant, or even indicate that they are no longer willing to testify. Interestingly, if such a politician can secure a publicised handshake with the president, the case can simply enjoy an indefinite adjournment. Obviously joining the APC adorns a politician with the sainthood toga, and grants immunity from even investigations. If not, why do the several allegations of corruption against serving aides of the president or cabinet members not receive the kind of attention the accusations against PDP members receive?

The APC-led government, understandably, has never hidden its angst that a member of the opposition PDP holds such a high position in the government. But the party should remember the adage, that a lizard can only penetrate an open wall. 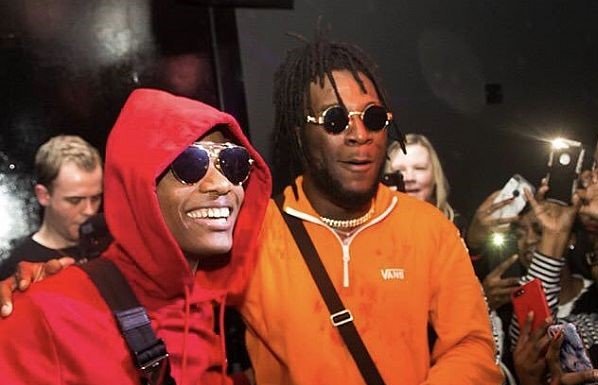