The Lagos State Police Command has arrested an alleged most wanted cultist, Kanmi popularly known as Father alongside his member during a clash with a confraternity at Ilasamaja, Lagos.

Their arrest followed a direct order by the State Commissioner of Police, Edgal Imohimi, based on credible intelligence available to the State Police Command that some cultists led by Kanmi alias Father were planning to strike in Ilasamaja community on March 29 this year.

According to the police in a press release issued today March 30, the CP swiftly directed the Divisional Police Officer of Ilasamaja, SP. Oriyomi Oluwasanmi Titilayo, to bring to an end the reign of the blood thirsty Cult henchman who had been terrorising that Community for a long time now and had become worse since he came back from the prison.

And at exactly 5pm, Kanmi â€“ whose trade marks were sorrow, tears and blood â€“ arrived the community with his gang unknown to him that his rank had been infiltrated by the underground operatives of the Command.

The DPO and team, who were said to be on standby, sighted Kanmi at Hassan Street, Ilasamaja with two of his alleged criminal associates in a fight with a young man suspected to be a member of a rival confraternity. â€œKanmi had lifted his machete to cut his rival before he was challenged by the police team,â€ the release read.

Although the suspect was said to have fled immediately, the police caught up with him and he was arrested. He was frisked and a locally made pistol loaded with two cartridges was recovered from him.

Also arrested was one 22 years old Alami Samuel, an associate of Kanmi.

Therefore, the CP warned all those who belonged to these nefarious clandestine societies to renounce their membership or be arrested and dealt with according to the law. 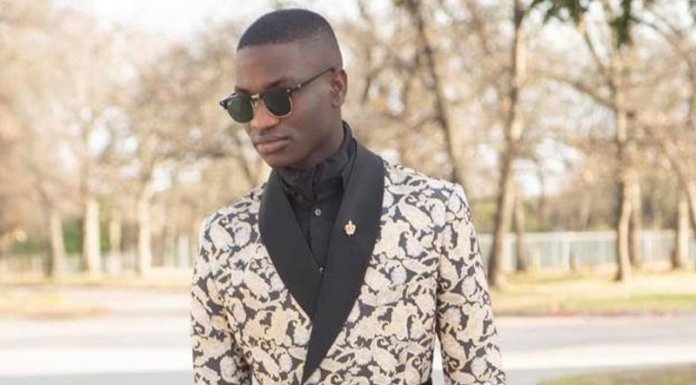 Joseph Walters: One Audition Could Change Your Life