Damilola Oyedele in Abuja
The Senate yesterday formally put into motion the process of overriding President Muhammadu Buhariâ€™s veto of the Electoral Act Amendment bill 2018, by re-introducing the bill at plenary.
The bill was passed through first reading without any incidence as bills are not debated at this stage.
This is as the Senate directed its Committee on Ethics to investigate allegations that lawmakers are being offered bribes to vote against the amendment.

The first version of the Electoral Amendment bill was vetoed by the president on the grounds that the amendment to Section 25 of the Principal Act, which provides for the reorder of general election, might infringe on the constitutionally guaranteed powers of the Independent National Electoral Commission (INEC), to organise and supervise elections.

The lawmakers had changed the sequencing of elections in the country for the National Assembly elections to be held first before elections into the state Houses of Assembly, and governorship polls on a separate day, while the presidential election would be conducted last, to complete the general election cycle.

Section 25 of the Principal Act was specifically amended and substituted with a new Section 25(1), which provides that the elections shall be held in the following order: (a) National Assembly elections (b) state Houses of Assembly and governorship elections (c) presidential election.

The amendment is expected to whittle down the bandwagon effects of presidential elections on other elections.
The National Assembly however indicated readiness to override the president following legal advise from its Legal Department, that reasons given for the veto, were not justifiable.

The decision has however split the legislature as lawmakers lobby for and against the override.
Re-introducing the bill is the first step in the planned override process. It would be subjected to second reading, but would not be referred to the committee as the step has already been undertaken.
At the process for second reading, lawmakers would get the opportunity to speak for and against the amendment, which may indicate which way any override vote, would fall.

When the bill is introduced for third reading, after which it ought to be transmitted to the president for assent, lawmakers would then vote to pass it into law, or defeat the amendment.
The lawmakers yesterday also voted to institute investigations into allegations that senators are being offered $50,000 each as bribe to defeat the planned override, while members Â of the House of Representatives are being offered $30,000 each.

This followed a point of order raised by Senator Peter Nwaoboshi (Delta PDP) who said the allegations, as published in some media, impugns on his credibility as a lawmaker.
He said this in reaction to reports that a minister and some serving governors who are working assiduously to ensure that the presidentâ€™s veto is not defeated by the legislators, are trying to financially induce the lawmakers.

â€œMy constituents have been calling me, some are asking me to bring their share. I know I did not collect anything, and I know many of you did not collect,â€ Nwaoboshi said.
In his ruling, Senate President, Bukola Saraki, said the matter borders on the integrity of the National Assembly as an institution.

â€œThis Senate in the last two and half years (since) we started, has never had this kind of report where our integrity is called to question,â€ he said.
He directed the Ethics Committee to conclude its investigations within a week, and submit a â€˜concreteâ€™ report.
Meanwhile, in a surprising twist to the controversy over the amendment, Senator Ovie Omo-Agege (Delta APC) has dragged the Senate, and Senate President, Saraki, to court over the bid to investigate him for his comments on the amendment.
Also joined in the suit is the Attorney General of the Federation, Mr. Abubakar Malami.

The Senate had directed its Committee on Ethics to investigate Omo-Agege for his comments that the Electoral Act amendment was targeted at weakening President Muhammadu Buhari at the 2019 polls.
Omo-Agege was one of nine senators who had staged a walk out when the amendment was passed on February 14, 2018.
Addressing the media, he had accused both legislative chambers of failing to adhere to laid down procedure to pass the amendment.

â€œWhen this bill was passed in the House of Representatives, only 36 members were present. This cannot stand in a House of 360 members.
â€œThis amendment needs to be debated before it is passed. There is a section in our standing rules that if a bill is sent to the House of Representatives and it makes any inputs, the Senate shall dissolve into a committee of the whole,â€ he had said.

Speaking further, Omo-Agege had added: â€œWe are supposed to determine if the decision of the House is in tandem with what the Senate passed. That was not done. We are 59 senators who are opposed to Section 25 of the Electoral Act. We cannot stand and allow a law passed against Mr. President to stand.â€
But the senator had made a U-turn when on February 21, 2018, he had apologised for his comments.
In a twist however, his lawyers at Summit Law Chambers, Â instituted a suit at the Federal High Court, Abuja with number FHC/ABJ/CS/314/2018, seeking an injunction to stop the Â Ethics Committeeâ€™s investigation.
The embattled senator informed the committee at the sitting yesterday that he would not respond to any questions, as the matter was already in court.
Members of the committee expressed surprise at the development, particularly as Omo-Agege already apologised on the floor of the Senate.

Nwaoboshi argued that the move was a wrong one, as the court has no jurisdiction on a legislative matter, particularly an internal matter in the Senate or House of Representatives.
â€œThis document does not stop us based on the legislative privileges act, and others. If a matter from outside comes in, the court can stop us, because that is not an internal matter,â€ he said.
Senator Obinna Ogba (Ebonyi PDP) said the matter is a straightforward one as Omo-Agege has indicated that he would not respond to questions.
â€œWe should adjourn this matter based on what he has said in this document and make our recommendations. As far as I am concerned, he (Omo-Agege), has decided this matter himself. After apologising, the next thing, he went to court,â€ Ogba said.

Senator Mao Ohuabunwa also weighed into the discussion, and asked Omo-Agege, who is a lawyer, to consider whether the court has jurisdiction over the matter.
â€œAs a senator, can the court stop us from carrying out our duties as a senate? What is happening here is like almost inviting anarchy. Coming from a senator, I feel bad, we are colleagues,â€ he said.
The committee Chairman, Senator Samuel Anyanwu, ruled that Omo-Agege cannot be forced to speak at the hearing.
The sitting was adjourned till â€˜further noticeâ€™.
The letter informing the Senate of the court process was dated March 26, 2018, and signed by Ifeoluwa Ojediran for Summit Law Chambers

It read in part:Â â€œPlease be informed that the aforesaid matter has been filed before the Federal High Court, wherein Senator Omo-Agege (plaintiff) is seeking injunctive reliefs restraining his referral to the Senate Committee on Ethics, Privileges and Public Petition, as a breach of his constitutionally guaranteed fundamental human rights, among others.
â€œFind attached with this letter is the advance copy of the originating summons and motion on notice.â€
â€œIt is significant to note that Rule 53 (5) of the Nigerian Senate Standing Orders 2015 states to the effect that once a matter has been filed before the court, the Senate must not take any action on the matter until same is heard and determined by the court,â€

â€œDistinguished senator, it is also a well settled law that where an action is pending in court, no party must take any-action calculated to render the judgment of the court nugatory. The law is also trite where a plaintiff is seeking injunctive reliefs before the court, no party is allowed to take steps calculated to render a fait accompli on the court. See Ojukwu v Governor of Lagos State (1986) 3 NWLR (Pt 26) 39.
â€œIn view of the above, we submit that the Senate Committee on Ethics, Privileges and Public Petition, cannot invite the plaintiff to appear before it, until the matter he has filed before the Federal High Court is determined one way or another.
â€œWe believe that the distinguished senators will comply with the Rule of law on this matter,â€ it read 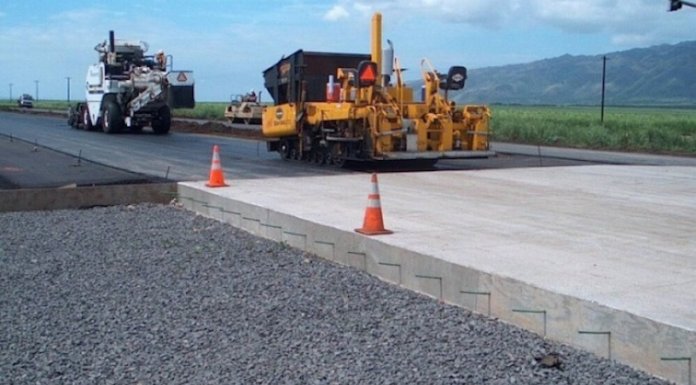