By Solomon Elusoji in Beijing

One of Nigeriaâ€™s biggest trading and infrastructure partners, China, is set to amend its constitution for the first time in 14 years as its top legislative body, the National Peopleâ€™s Congress (NPC), convenes for its annual session beginning today.

Speaking during a tightly packed conference at the countryâ€™s capital, Beijing yesterday, the spokesperson for this yearâ€™s NPC meet, Mr. Zhang Yesui, said the constitution was being amended because it was important to adapt to â€œchanging circumstances.â€

There are 21 items to either be introduced or amended in the constitution, including the removal of set term limits for Chinaâ€™s President and Vice President, a move that might extend the presidential tenure of the current General Secretary of the Communist Party of China (CPC), Xi Jinping, indefinitely.

Analysts who spoke to THISDAY on the sidelines of the Beijing press conference, which was held at Chinaâ€™s Great Hall of the People, believe extending Jinpingâ€™s tenure is a good omen for the stability of Nigeria-China relations as it relates to economic growth and investment policies.

In 2013, Jinping announced the Belt and Road initiative, an economic project that has been described as the worldâ€™s largest platform for promoting policy coordination, financial integration, unimpeded trade and infrastructure democracy.

His tenure has also seen Nigeria and Chinaâ€™s trade relationship continue to improve. Between January and November 2017, the value of trade between the two countries stood at $12.3billion, a 30 per cent increase compared to the same period in 2016.

Nigerian President Muhammadu Buhari has equally acknowledged that Mr. Xiâ€™s China has, more than any other country, invested heavily in the countryâ€™s infrastructure. â€œIn some projects, the Chinese have committed to funding the projects by as much as with 85 per cent through soft loans that span 20 years,â€ Buhari said last January. â€œNo country has done that for us.â€

Meanwhile, Nigerians can expect the constitution amendment to go through smoothly, as Mr. Xi and the CPC enjoy a cordial relationship with the legislature.

On Sunday, the NPC spokesman, Mr. Zhang, told journalists that the removal of the term limit, contrary to reports in some quarters that the change will lead to imminent autocracy, is only aimed at bringing the office of the president in line with Xiâ€™s other positions atop the party and the Central Military Commission, which do not impose term limits.

â€œIt is conducive to upholding the authority of the Central Committee of the party with Comrade Xi Jinping at the core and also to unified leadership,â€ Zhang said.

â€œThis amendment does not mean changes in the system of retirement for party and state leaders and also does not imply that leaders will have lifetime tenure.â€ 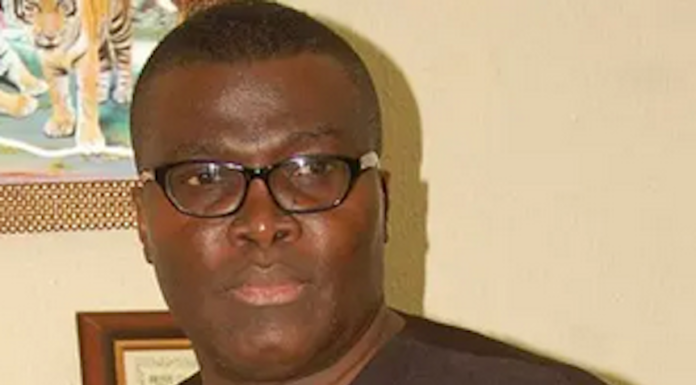 Juve May be Kicked out of Serie A over ESL