The traditional rulers are making the demand in protest over the detection of the monarch in prison custody based on trumped up allegation by the police that he was involved in the killing of a Fulani herdsman in the area December last year.

In a statement released by the entire Ito traditional rulers to journalists yesterday in Calabar, the state capital, they are not only demanding the release of Ebita, but they are also alleging that Fulani herdsmen attacked the people of Mbiabong Ito,Â  Ito North Clan,Â  and its environs.

In theÂ  statement signed by the Inyang Inyang, the traditional rulers are insisting that Ebita was innocent of the allegation levelled against him and so he should immediately be released unconditionally.

The statement read in part: â€œWe the entire members of Ito Combined Traditional Rulers Council wish to use this medium to bring to the notice of the general public and government/security agencies in particular, the unlawful arrest and detention, arraignment and subsequent remand in Afokang prisons of Etinyin Edet Okon Eyet Ebita, the Clan Head of Ito South Clan in Odukpani Local Government Area of Cross River State.

â€œIt will be recalled that fully armed Fulani herdsmen who are notorious in destroying lives and property wherever they forcefully enter, had on December 5 2017 invaded Mbiabong-Ito Community with their herds of cattle and in the process destroyed farmlands and crops of the people with their cows in large number. The Fulani herdsmen were approached and asked why they invaded the community and destroyed their farmlands being that their cows had within the first one or two hours, already wreaked havoc on peoplesâ€™ farmlands.

â€œThe Fulani herdsmen arrogantly refused to dialogue with the elders and youths of Mbiabong Ito choosing rather to shoot sporadically with sophisticated guns while making their herd of cattle to graze freely and destructively on the farms of the Mbiabong Ito people. In the course of trying to prevent the herdsmen from further destruction, they inflicted gunshot and machete injuries on some Mbiabong Ito people.â€

Continuing, the statement said: â€œEtinyin Edet Okon Eyet Ebita who was not in his palace and resides some eight kilometres away from Mbiabong Ito, the scene of the incident, on getting the information of the invasion through phone calls, quickly made contacts with security agencies that night which enabled the Commissioner of Police, Cross River State to dispatch a contingent of quick intervention force to Mbiabong Ito under the command of the DPO of Odukpani police division whose jurisdiction covers Ito Community as a whole.

â€œIn a bid to restore normalcy in the area it was Etiyin Edet Okon Eyet Ebita, through the clan Head Of Ito South Clan, but presides over Ito combined Clan council meetings as the â€œObong Itoâ€, that is the paramount chief of Ito, who at the instance of the DPO Odukpani accompanied him to Arochukwu, a neigbouring community in Abia State from where the herdsmen invaded Ito south clan. He, Etiyin Ebita was not in anyway afraid of cross over to Arochukwu since in his reasoning he was a neutral person.â€ Stressing that Ebita was even in the fore of brokering peace between the contending parties, the statement noted that â€œIn the same vein when the Commissioner of Police, Cross River State command arranged a meeting in Calabar with the two parties, it was he, Etiyin Ebita who attended the meeting which was held at the office of the Deputy Commissioner of Police in charge of operations, also a Fulani. It must be stated that none of the meetings facilitated by the police authority and other agencies was the issue of the alleged murder or missing person raised by the Fulanis.

â€œWhen it appeared to the police that the situation in the community was under control, the police contingent was suddenly withdrawn even though there were rumours of impending invasion by the Fulani herdsmen who were said to be regrouping somewhere in Ohafia area in Abia State.

â€œAfter this, there were relative peace in the entire community, until February 16, 2018 when Etiyin Edet Okon Eyet Ebita received an invitation from the office of the Deputy Commissioner of Police, State Criminal Investigation Department(SCID), Calabar for alleged offence of murder.

â€œWithout hesitation, knowing fully well that he was not culpable of any criminal offence promptly reported to the police on Monday 19th February, 2018 with his legal counsel and after interrogation was detained in the cell.

â€œIt has to be noted that Ito North Clan where the incident allegedly took place is a distinct gazetted Clan from Ito south clan where Etiyin Ebita resides which is about eight kilometres away from Mbiabong Ito – scene of incident. He was not involved in whatever took place there and knew nothing about the alleged murder. It was surprising therefore that, not only is such allegation being made now, but that it is made against Etiyin Edet Okon Eyet Ebita.â€

The traditional rulers said the entire Ito people were saddened by the detention of the monarch, and accused the police of conniving with the herdsmen to desecrate the traditional institution of the Ito communities.

â€œIn view of the foregoing, the entire Ito people are saddened by the unfolding scenario and want to state here that Fulani herdsmen in connivance with the police have desecrated our traditional institution by ambushing, arresting and detaining her paramount chief in the person of Etiyin Edet Okon Eyet Ebita who innocently honoured police invitation, as usual, only to be treated like a common criminal.

â€œBy this act our ancestors are angry with the Fulanis and there are henceforth not permitted to come to any part of Ito community or pass through same for purposes of grazing their herds (cows).

â€œWe therefore wish to use this to bring this ugly situation to notice of all and sundry, and demand that Etiyin Edet Okon Eyet Ebita be released forthwith,â€ the traditional rulers said. 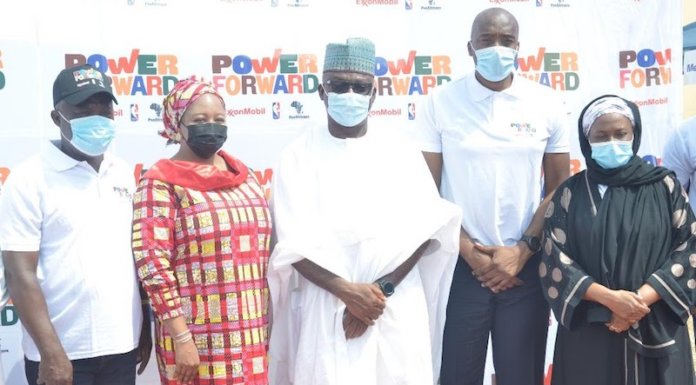