TINAPA: A WASTED PROJECT 3 mins ago

MDAS AND PADDED BUDGETS  3 mins ago 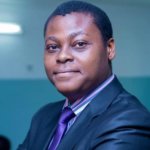 The recent blame game among some of the concerned authorities over the abduction of some girls at the Government Girlâ€™s Science Technical College, Dapchi, Yobe State, again exposes the tragedy of the Nigerian situation, where leadership does not think accepting responsibility is strength and part of its brief.

From the government of the state to the police and even the military, none has been willing to accept responsibility for the identified lapses that made it possible and easy for the abduction of the school girls, four years after the horrifying experience of the Chibok incident in Borno State.

While Yobe State government has put the blame on the military which it said withdrew its men from the town, adevelopment that made it easy for the attack on the school to be carried out, the military has defended its withdrawal from Dapchi on the premises that there were no intelligence suggesting that the town was under threat and that the withdrawal of its troops was done to reinforce positions in other locations that had come under attack. The military went further to say that at the time of its withdrawal, the town had the presence of the Police, which should have taken charge of security.

The police promptly responded to that in a statement by the state commissioner of police that there was never any time that the military handed over the security of the town to the police nor were they informed of the withdrawal of troops from the town.

While the blame game raged last week, there was no information on the location or fate of the abducted girls. It is therefore important that authorities must desist from this blame game and go all out to rescue the Dapchi girls.