MTN, Nigeriaâ€™s leading telco, has dropped a hint that it would soon offload 30 per cent of its shares to Nigerian investors, after 16 years of making handsome profit in the economy. Though proceeds from the listing will be spent on paying fines slammed on the firm by the federal government, investors, who said the planned action was overdue, await the dawn of a new era on the Nigerian Stock Exchange. Bamidele Famoofo reports

Pressured by the need to pay off its debt to the federal government, which came as a result of operational default in 2016, MTN, the largest telecommunications company in Nigeria, may soon sell 30 per cent of its shares to individual and institutional investors in Africaâ€™s most populous nation in the first half of 2018.

Stock market analysts have disclosed that the proposed capital raise by MTN, if successfully executed, will be the second largest after Starcomms Plc, which raised $796 million when it listed in 2008.Â

MTN, Nigeriaâ€™s biggest mobile-phone company with just over 50 million subscribers as of end September, 2017, slumped to a loss in 2016 as it absorbed the financial impact of the fine. Report from the company, however, showed that it has since returned to profitability.Â

Rewane, who made the comment at a the Lagos Business School (LBS) Executive Breakfast Session on February 7, 2018, also said the listing of the shares of MTN on the Nigerian bourse, adjudged the 2nd best Stock Exchange in Africa and 11th best in the world in 2017, in terms of returns on investment, will help elevate the value and traders interest in Africanâ€™s 2nd largest economy.Â  He mentioned in its outlook projections for the Nigerian market in 2018, that capitalisation will spike by 42 per cent.Â  â€œThis move is overdue. It needed to have been done before now,â€ said a registered Nigerian Stockbroker who did not want his name to be mentioned.Â

He, however, believed the listing of the shares of the multi-billion dollar company would boost liquidity in the Nigerian stock market. â€œMarket capitalisation will soar and the interest of more foreign investors will be kindled for the Nigerian bourse.â€Â

Erstwhile President of the Independent Shareholder Association of Nigeria (ISAN), Sir Sunny Nwosu, said the fulfilment of the promise made by MTN recently would cause a turnaround in the outlook of the Nigerian stock market.

While Nwosu was optimistic about the ability of MTN to change the face of stock investment in Nigeria, he was worried if the shares to be listed would be at the reach of ordinary investors in Nigeria, given the antecedent of the company. â€œWill it be attractive to the retail investors? The reason was that they have done a private placement in the past, which was not reachable to the retail or small holders.â€

Nwosu urged the company to ensure that the stock should be reachable to small investors because this would make people to buy. â€œAlthough, the capital market is for the capitalists but the more we are the merrier,â€ he added.

Nevertheless, Nwosu noted that, the listing would deepen the capitalisation of the market and expose it to the international market as it then means that the profile of the market would move up a little bit and that will encourage other multinationals to come into the market.

In the same vein, a stockbroker, Mr. Matthew Ogagavouria,Â  said,Â  the investing public would be thrilled to see the shares of MTN listed on the floor of the Nigerian Stock Exchange, a development, he also stressed, had been long overdue.

â€œIt is good news to the market and it is also a commendable one. This will also give hope for better inclusion because as at today, MTN is still sold at over the counter market and what it means is that only a few big boys with big pocket will benefit from it as shareholders.â€

Ogagavouria noted that listing of MTN on NSE means that money making by stockbrokers will expand as they (stockbrokers) will now be able to trade MTN stocks on daily basis and make money in terms of commission.

â€œMTN will also be able to attract finance from the market to expand its business. It will become much stronger. It will support capital formation; it will also support wealth distribution and creation. Corporate governance issue will be improved upon and it will lead to more transparency in their operations and pay more in taxes to the governmentâ€, he added.

A report on the deal by Bloomberg disclosed that Standard Bank Group and Citigroup have been advising MTN on the disposal of as much as 30 per cent of the Lagos-based unit on the Nigerian Stock Exchange. Â

According to Bloombergâ€™s findings, â€œmost of the shares will be sold to local institutions and individuals, though foreign investors could be brought in to ensure the process is a success.â€

MTN agreed to list the Nigerian unit as part of a June 2016 agreement to pay a $1 billion fine for missing a deadline to disconnect unregistered subscribers amid a security crackdown. The penalty, originally set at $5.2 billion, led to the resignation of the Johannesburg-based companyâ€™s then chief executive officer and a slump in the share price thatâ€™s yet to be clawed back.Â

The stock extended gains on Wednesday, and traded 4.5 per cent higher at R128.83 as of the close in Johannesburg, giving a market value of R243 billion ($20 billion).

Meanwhile, Chief Executive Officer, NSE, Mr. Oscar Onyema, Â  told journalists sometime in January 2018, that the exchange would not comment on the planned listing of MTN as it was not in the right position to speak for the telco. â€œMTN has to tell its own story, and not us doing so for it,â€ Onyema stated.

IHS Towers (IHS), the largest independent tower operator in Africa, Europe and the Middle East by tower count, said MTN Group is Africaâ€™s leading mobile telephony company, with operations in 24 countries in Africa and the Middle East and over 230 million subscribers. With over 53 million subscribers and counting, MTN Nigeria Communications Limited is the largest subsidiary in the MTN Group.

Since inception in 2001, MTNN has led the growth in the voice market to become the biggest mobile operator in Nigeria and West Africa. It is now pursuing new growth opportunities in the data and ICT space. This lead position is evident in a differentiated and attractive array of product and service offerings, as well as a growing bouquet of ICT products.

With 15 service centres, 144 connect stores and 247 connect points located in every state of the federation, MTN is poised to lead the delivery of a bold, new digital world to the Nigerian market. 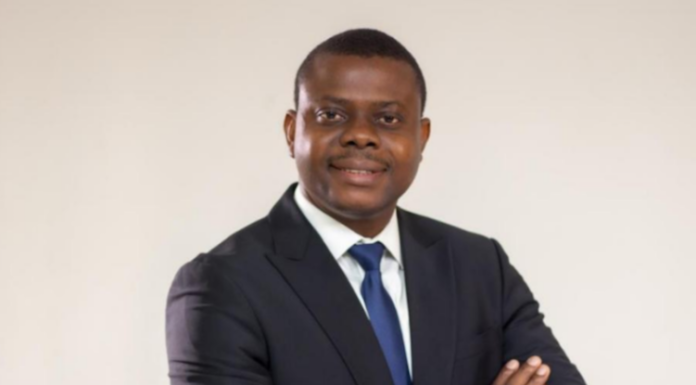