The Vice President, Prof. Yemi Osinbajo, thursday appealed to multinational companies to continue to set up factories in Nigeria now because the country has great potential.

Speaking at the inauguration of the new Nestle Milo Ready-to-Drink factory in Agbara, Ogun State, Osinbajo said the federal government was doing everything possible to make Nigeria attractive for investments.

He said the government was ready to ensure that it implements the Economic Recovery and Growth Plan (ERGP) to keep the economy on the path of sustainable growth and global competitiveness.

The vice president noted that the government was fully committed to supporting companies grow and create jobs within the economy.

â€œOne important component of ERGP is the provision of critical infrastructure, such as roads, rail and power, which this administration is fully committed to.

â€œWeâ€™re fully committed to supporting companies such as Nestle as we spur growth and create jobs within the economy.
â€œAnother is the creation of an enabling business environment, and making Nigeria a progressively easier place to do business.

â€œTo actualise this goal, in July 2016, Mr. President inaugurated the Presidential Enabling Business Environment Council (PEBEC), which he asked me to Chair, and he gave us the task of implementing this mandate.

â€œThe business climate reforms undertaken under PEBEC have already begun to bear some fruit and reflects that Nigeria is committed to creating an enabling environment to facilitate private sector-led growth and development. Many, of course, will recall that in October, 2017, the World Bank released its flagship â€œDoing Businessâ€ report for 2018. In that report, Nigeria moved up by an unprecedented 24 places, and for the first time the country was also recognized as one of the top 10 most improved economies in the world.

â€œThis result shows the power of collaboration across various levels of government, especially in the reform areas such as getting credit, where we are now ranked 6th out of 190 countries due to our enhanced legal framework, with the potential to unlock credit to small and medium-scale enterprises by giving added comfort to lenders.

â€œLast week, PEBEC announced a National Action Plan (NAP 3.0), which commenced on February 5 and will run until April 5, 2018. This accelerated intervention programme will focus on implementing some of the most relevant ease of doing business reforms that have ever come within our radar within the next two months.

â€œFor example, we are working with NAFDAC, SON, the Nigeria Customs Service, as well as the Nigeria Police Force, amongst others, to ease the burden of product registrations, quality standards regulation, as well as the movement of goods and services across the country.

â€œThis year, we are working on a number of key reform initiatives, including the deployment of a National Trading Platform comprising a Single Window Platform, deployment of scanners, and a Ports Community system, that will together promote transparency and efficiency at our ports.

â€œOur implementation efforts will be underpinned by ensuring compliance with Executive Order 001 and on efficiency and transparency in government, as well as our web-based reporting application for validation and objective feedback from the public.

â€œFurthermore, we are, once again, collaborating with the National Assembly and supporting the passage of their priority business climate reform bills, while partnering to deliver an Omnibus Bill, which will address various irritants within extant laws that need to be amended for the purpose of achieving a better environment for doing business in Nigeria.

â€œLast Monday, February 5, Mr. President signed Executive Order 005, a decisive step in the promotion of indigenous businesses, talent and professionals, especially in Science, Engineering and Technology. The order mandates all procuring authorities to give priority to Nigerian companies and firms in the award of contracts. The Order also directs all MDAs to engage Nigerian professionals in the planning, design and execution of National Security projects. The order also specifically prohibits the Minister of Interior from granting work permits to foreign workers whose skills are already available in Nigeria. Where expertise is lacking, procuring entities are required to give preference to foreign companies and firms with a demonstrable and verifiable plan for indigenous development, prior to the award of such contracts.

â€œFrom a broader perspective, two days ago, we launched what we call the Policy Laboratories, this is an intervention to accelerate the implementation of our Economic Recovery and Growth Plan (ERGP).

â€œThe laboratories will bring together all private and public sector stakeholders necessary to achieve the specific policy or project objectives of our economic plan. In the first instance, we are focusing on three specific areas; agriculture and transport, power and gas supply, and manufacturing and processing.â€ 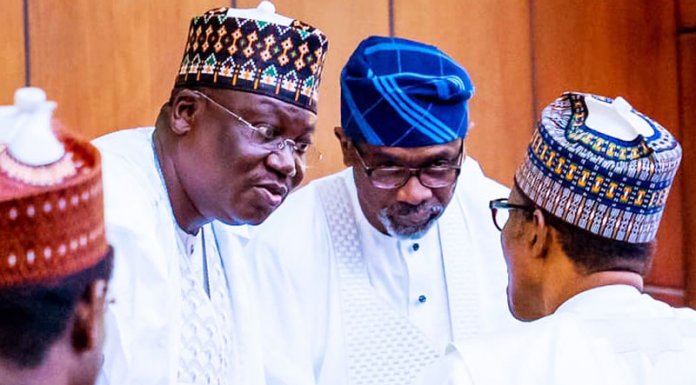