Lagos State Governor, Mr. Akinwunmi Ambode, has assented to the State Electric Power Reform bill into law. The law isspecifically designed to generate at least 4, 000 megawatts of electricity under an embedded power initiative.

He signed the bills at the State House, Alausa thursday the Attorney General and Commissioner for Justice, Mr. Adeniji Kazeem, Commissioner for Energy and Mineral Resources, Mr. Olawale Oluwo, his Information and Strategy counterpart, Mr. Kehinde Bamigbetan and the Commissioner for Finance, Mr. Akinyemi Ashade, among others.

After signing the bills into laws, thursday, Ambode noted that each of the legislation â€œis expected to contribute to the growth and development of the state. Electricity reform law gives legal backing to the embedded power initiative. It is designed to generate 1,000 megawatts of electricity in 2018 and 3,000 megawatts by 2022.â€

He explained that the power reform law â€œcriminalizes power infractions and creates penalties for offenders in the state. â€œThis law strengthens our resolve to commence the journey to provide uninterrupted power supply to businesses and homes in Lagos State.â€

Giving insight into the embedded power initiative after the bills were assented to, Oluwo said the law would allow the state government to intervene in major areas of the power value chain to the overall benefit of the people.

He, thus, spoke on the benefits of the embedded power initiative, noting that the law would help the government extend its guarantee â€œto private sector participants who will come and generate power for us. By this guarantee, we are putting the balance sheet of our state on the table and assuring investors that as they generate power, they will get paid.â€

He added that the third area of intervention â€œis that it empowers us to be able to open up the gas market in Lagos so that we can have gas on a consistent basis and that is how we can attain the 24-hour power supply.â€

Oluwo said the law would also enable the state government â€œto collaborate with the distribution companies to collect tariff from customers efficiently in a way that the said guarantee would not crystallise, while in the area of enforcement, the law will prevent power theft.

â€œIt criminalises power infraction. What we have seen before is that people tamper with and bypass meters and at the end of the day they are arrested and nothing happens but the new law provides for jail terms as well as fines and all sorts of forbearance such that if you tamper with electrical installations, if you import fake electrical materials into this State, you are liable to be prosecuted.â€

Likewise, the attorney-general noted that the signing of the bills would mark end of the legislative process, especially on the establishment of the Cancer Research Institute in the state and would advance the dividends of democracy to the people.

He said: â€œThis is a great day. The governor has just signed these bills into law and this shows that the House of Assembly is working in tandem with the Executive. It also shows that Lagos is working. The laws are going to benefit the people of Lagos State and this is what the people are looking for in terms of the dividends of democracy.â€ 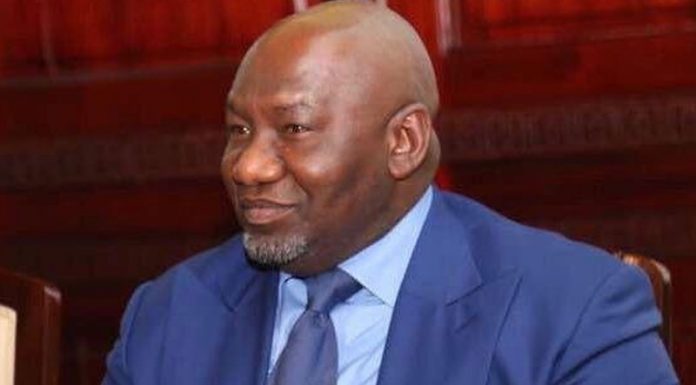