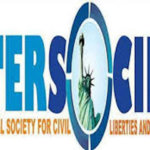 â€œMAMA AFRIKAâ€ is a song that fuses the elements of Highlife and Afrobeat to create a modern sound that resonates pop and contemporary music. The song depicting the pride of womanhood also showcases the singerâ€™s distinctive prowess as a talking drum and the video is in the making. â€œTHE SOJOURNâ€ is a Reggae music genre that dwells on our experiences as we journey through life.

Ayanbinrin the â€œafinju onilu, afâ€™aran sâ€™osanâ€ is set to take the talking drum to an unprecedented height in Africa and various countries all over the world. She is currently in the studio recording more tracks for her follow-up album set to be released by the second quarter of 2018 after the long release of her debut album titled â€œUNVEILâ€ in 2009.

â€œIt has always been my dream to use the arts to celebrate and promote the cultural heritage of the black and African people as well as to foster unity across the globeâ€, said Ayanbinrin the â€œMama Afrika croonerâ€.