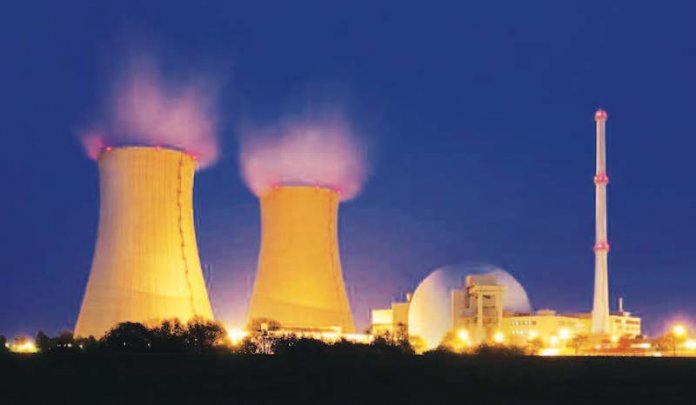 From a recent visit to key nuclear power facilities and institutions in parts of Russia, Chineme Okafor, reports that the desire for Russia to have Nigeria cut down the huge energy supply gap in the country has not waned despite the latter’s lethargic approach

The nuclear power accidents in Chernobyl in April of 1986 and Fukushima in March of 2011, have more often become the sore points in conversations about the possibility of Nigeria adding nuclear power generation to her energy mix.

Despite the country’s poor electricity supply system and inability to provide electricity to all of its people, even when she has enough energy sources other than gas and hydro to do that, she has nevertheless managed to produce circa 4000 megawatts (MW) for use every day by her industries, homes and offices.

Out of this 4000MW it generates every day, Nigeria still gives out at the least, 300MW to countries like Niger and Benin Republics, as part of a bilateral power trade arrangement, thus indicating she has just about 3700MW on the average to distribute to her domestic consumers.

Leveraging this gap, Russia has continued to court Nigeria on the need to consider adding nuclear power generation to her energy mix. It had in its proposals, held that nuclear power could provide the big leap Nigeria sought in her electricity upgrade plans.
However, for reasons such as the Chernobyl and Fukushima incidents, the adoption of nuclear power has become one of the most controversial conversations to hold in Nigeria’s electricity market today.

The Chernobyl and Fukushima nuclear accidents were by far, the worst nuclear accident in the history of safe use of nuclear power, and they both happened on the back of different reasons.

For Chernobyl, it was reported that different wrong decisions during the management of the nuclear plant caused a big nuclear explosion, while the Fukushima nuclear accident was reportedly propelled mostly by an earthquake off the northwest coast of Japan which subsequently resulted to a tsunami that severely affected the Dahiichi Fukushima nuclear plant on the northeast coast of Japan.

In pushing through this, Rosatom inferred that because the average lifespan of a modern nuclear reactor was between 60 and 80 years, Nigeria could have a predictably cheap electricity over this period from the nuclear plant to power her economy.

It posited that even with any potential rise in prices of uranium which is the fuel for a nuclear power plant, the final cost of electricity from nuclear plant would remain cheaper than the price of other sources like gas and coal amongst others, thus insisting that nuclear was the Nigeria’s best option for industrialisation.

Similarly, the Chairman of the Nigerian Atomic Energy Commission (NAEC), Simon Mallam, said recently that Nigeria would go ahead with its agreement with Rosatom, adding that the government would be looking to 2025 and 2028 to get this off the ground.
Mallam, equally pointed out that investments in nuclear energy requires a long-term process, and that the country was pushed to consider nuclear on the back of the need to expand its energy mix and close up the energy gap.

Assessing safe use of nuclear
Even with the claims of its economic advantage, Nigeria’s poor maintenance culture remained a key factor to be considered in its pursuit of nuclear power supply, hence, THISDAY’s recent visit to key nuclear facilities such as the Tomsk Polytechnic University (TPU) engineering school of nuclear technologies; Tomsk Atomic Information Center; Russia’s first nuclear power plant at Obninsk; as well as the National Research Nuclear University, also in Obninsk.

While at TPU, which is reputed to be the first engineering school in Russia’s Siberia, the paper had conversations with experts in atomic energy on Nigeria’s plan to introduce nuclear power in her energy mix, as well as its implications with regards to safety, and they were positive about the plan.

In a chat with Dr. Vera Verkhoturova, who heads the masters’ programme in nuclear power engineering and nuclear power installation operation at TPU, on how safe it is for Nigeria to adopt nuclear energy in her power mix, THISDAY gathered that it could become beneficial to Nigeria and Africa if they were applied rightly.

“I am responsible for training international students on nuclear engineering. Nuclear power engineering is one of the most prospective directions for any country to develop, and if the country wants to be in the leading position in energy, they have to develop nuclear energy,” said Verkhoturova.

She further explained: “To be sure that it (nuclear power) is completely safe, a lot depends on the training of people. If the engineers are well-trained, there is almost 100 per cent guarantee that they will do their best to provide national nuclear facilities with safety and security at the highest level.”

Verkhoturova, added that countries in Africa including Nigeria were already sending students in partnership with Rosatom to get training in safe deployment and use of nuclear at TPU.
According to her: “Now in total, at all our nuclear education programme, we are training about 20 African students and we are expecting more. We are doing all that to give them trainings on nuclear power, which is why we have several directions of trainings.

“We are training not only reactor engineers but also medical physicist who specialises on nuclear medicine and more importantly, on nuclear safety and non-proliferation.”
She further said the trainings were structured to ensure the students get hands-on skills on nuclear power management, adding that a good number of Nigerian students involved in the trainings have proven to be keen about nuclear programmes.

Similarly, TPU’s Head of Laboratory for Radioactive Substances and Technology, Prof. Vladimir Golovkov, stated in his assessment of nuclear risks and the readiness of African countries like Nigeria to adopt nuclear power, that with minimal efforts, it could end energy scarcity in Nigeria.

“I think that now, atomic energy is one of the main great opportunity to overcome the distance of absence of enough amount of electricity with minimal efforts because there is an opportunity to create even small power plants. I think it is very promising to use atomic energy to provide faster energy to Africa,” Golovkov explained.

Asked if he does not think the risk would be too high for Nigeria and other African countries, he said: “You know that each technology have disadvantages as well. Atomic energy is free of dangerous pollution and it is absolutely clear from the point of view of environmental pollution, but I think that with regards to accidents, Russia now has great experience in the use of atomic energy and its use is not so dangerous, so I think that this has a great potential and the fear of its use is mainly in our mind than in reality.”