The Chairman and Managing Director of Innoson Vehicle Manufacturing (IVM), Chief Innocent Chukwuma, has dismissed as laughable and a ‘no issue’ the alleged fraud charge filed against him by the Economic and Financial Crimes Commission (EFCC).

In a statement by Head of Corporate Communications Innoson Group, Mr. Cornel Osigwe, the entrepreneur said the purported charge was a calculated attempt by the anti-graft body to justify his arrest last week Tuesday.

Innoson said the charge was an action taken in bad faith to change the narrative to him in bad light and divert the attention of the public that had continued to condemn his arrest.

He said: “We have some reservations with the publication of the details of the suit in question on some online blogs because the charge, which EFCC purports to file against me has a temporary suit number: Temp/3315c/2017. This number is written with red pen at the top most right side of the charge published at EFCC’s page.

“As it is, the charge has not been filed. So why the media noise by the commission of filling fraud charges against Innoson? We believe that it is a Volte face. Furthermore we are alarmed at how low EFCC could descend to be used by GTB to destroy the Nigeriaâ€™s foremost entrepreneur. We have it now in good authority that there is a grand conspiracy by an International competitor of Innoson Vehicles who have conspired with a financial institution to pull down Innoson Vehicles at all cost because of the latest increase of patronage of Innoson Vehicles by the Federal Government.

“But we are amazed that EFCC, a Federal Government Agency who is supposed at all times to defend indigenous Nigerian companies who are working hard to make Nigeria great will allow itself to be used as a tool to kill and destroy these companies. Particulars of Offence Nigeria needs to ask EFCC if GTB as a bank has any license to import motorcycle spare parts or CKD.

“A cursory look at the charges filed by EFCC at court is both laughable and constitutes a National embarrassment. The motorcycles being deemed the property of GTB were ordered by Innoson from its manufacturers and suppliers with a loan from GTB. Under letter of credit transaction, in international trade, bills of ladings are consigned to banks not because the banks â€“ consignees â€“ are the owners of the goods but rather to ensure that the seller is paid and the buyer receives the goods.

“At all material times, Innoson paid 25% of every LC value before it was opened. The media hype of EFCC portrayed Innoson and its promoter as having stolen goods belonging to GTB. We note the attempt of EFCC to get the courts to retry a matter Innoson had already secured judgment on.”

The IVM owner further reiterated his earlier statement that the commission was yet to tell him why he was arrested except to say on pages of newspapers that he was arrested because of his fraud at SEC and forgery of documents to obtain tax waivers.

“While we await to be served the court papers, we want to advice the EFCC that if there is any complaint by GTB to EFCC, Innoson should be invited by the commission to clear its name, EFCC will then conducts its investigation before taking matter to court,” he said. 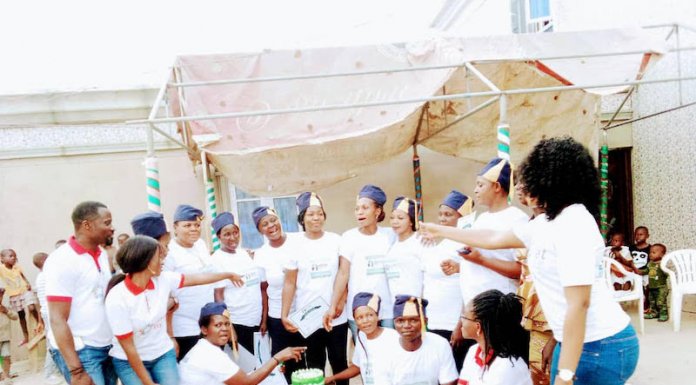