The federal government has challenged the World Trade Organisation (WTO) to urgently address all economic and trade-related issues of commercial significance for its members-states, if it is not to lose relevance, and allow other organisations to take over its functions.

The government suggested that one approach was to commit to continuing engagement to create win-win outcomes while implementing individual memberâ€™s economic and structural reforms.

The Minister of Industry Trade and Investment, Dr. Okechukwu Enelamah, who handed down Nigeriaâ€™s position at the just-concluded WTOâ€™s 11th Ministerial Conference in Buenos Aires, Argentina, noted that â€œ Nigeria considers that for the relevance and credibility of the WTO, the organisation should deal simultaneously with longstanding issues on the negotiating agenda of the WTO, together with issues of commercial significance, that modernise, foster inclusive growth, create jobs and widen the circle of prosperity.â€

Continuing, he said: â€œThe situation is not one of either this or that. If the WTO does not deal with all economic and trade-related issues of commercial significance for its members, or if it is prevented from doing so, the organisation shall lose relevance.â€

The minister noted that the fallout would be other organisations taking over its functions.
He listed some of the contemporary issues with commercial significance as investment facilitation for development; e-commerce and the digital economy; micro-small and medium enterprises, womenâ€™s economic empowerment and associated policies to mainstream the informal into the formal economy.

â€œThese issues are indeed consistent with the robust domestic reforms we are pursuing in Nigeria to grow the economy under the leadership of Muhammadu Buhari,â€ the minister stated.

In his address titled: â€˜Modernisation, Job Creation, Enhancing Welfare and Widening the Prosperity Circle,â€™ Enelamah admitted that these were truly challenging and defining times for the multilateral trading system.
He noted that although the current estimates for global growth are positive, the benefits of recovery are yet to be more widely felt, adding that this has increased the drive for protectionism, put international cooperation under pressure and is testing multilateralism.

â€œThere are multitude of challenges, from rapid population growth in the Africa region and associated migratory pressures, to increased demands for faster job creation; from discontent with globalisation to demands for reduction of inequalities and for development models that are more sustainable and inclusive.

â€œThe WTO, like other multilateral institutions, must be responsive to these pressures and demands in the context of a rules-based system,â€ he said, noting that the report from the preparatory process in Geneva to the 11th WTO Ministerial Conference was one that generated cause for concern.

â€œDeadlock and paralysis have been reported. Nigeria has chosen not to despair and would rather work with others to turn this apparent crisis for the WTO into opportunity. As the saying goes, a crisis is too good an opportunity to waste!

â€œOne approach that suits the current state of play is to commit to continuing engagement to create win-win outcomes while implementing individual memberâ€™s economic and structural reforms.

â€œIn part, to stabilise the system, compromise solutions are necessary for the items on agriculture, cotton, and non-agricultural market access. A solution is within reach on the elimination of fisheries subsidies for illegal, unreported and unregulated fishing,â€ he noted.

According to him, thiis would be in keeping with the implementation of Agenda Item 14 of the UN Sustainable Development Goals (SDGS), stressing that a permanent solution must be found for the issues of Public Stock Holding (PSH) for food security purposes. â€œFood security is critical to all WTO members. There are divergent positions on the legal status of the Doha Development Agenda (DDA). Regardless of the positions, what is at issue is that the rules-based Multilateral Trading System requires a serious and sustained development dimension.
â€œThe ultimate objective of any area of public policy, including trade policy, is welfare, prosperity and development,â€ he argued.

The minister recalled that Nigeria organised a high-level policy and private sector forum on trade and investment facilitation for development, in Abuja, in November, to support the consensus-building efforts of the WTO on Investment Facilitation (IF).

A major outcome and contribution, he stated, was the â€œAbuja Statement: Deepening Africaâ€™s Integration in the Global Economy through Trade and Investment Facilitation for Developmentâ€, which, he said, was adopted unanimously.

â€œThe major position in the Statement was the reaffirmation that trade and investment are inseparable; they are the â€˜twin enginesâ€™ for economic growth, modernization, and development. The â€œAbuja Statementâ€ acknowledged that only by scaling up investments in â€˜connectivityâ€™ infrastructure â€“ ports, transport corridors, telecommunications networks â€“ could African countries participate in, and benefit from, todayâ€™s integrated and digital global economy,â€ he added.

He alluded to some key highlights of Nigeriaâ€™s economic reforms, noting that the country believes that it must accept responsibility for its domestic policy reforms.

â€œTherefore, we are committed to making wide-ranging domestic policy reforms. Further, it is our considered view that as members adopt this approach, this would in fact contribute to resolving a number of the areas where the multilateral trade negotiating agenda is deadlocked,â€ Enelamah stressed.

He told the WTO ministerial conference that earlier this year, Nigeria launched an all-encompassing Economic Recovery and Growth Plan (ERGP) to implement and sustain domestic reforms.

â€œIt is in this context that one of the main priorities of H.E. President Muhammadu Buhariâ€™s government is on creating a sound attractive Enabling Environment that makes Doing Business easier in Nigeria. Although there is more work to be done, in the most recent publication of the World Bank 2017 Report on the Ease of Doing Business, Nigeria improved its ranking by 24 places. â€œNigeria was identified as one of the Top 10 Reforming Economies in the world. This is evidence that sound policies, well implemented, produce positive results.

Regional Trading Arrangements are building blocks for trade integration and can complement the multilateral trading system. Regionally, with other Members of the African Union (AU), Nigeria accords top priority to the negotiations underway to establish the African Continental Free Trade Area (CFTA). As Chairperson of the CFTA process, Nigeria is working hard with other AU Members to launch the CFTA in 2018,â€ he stated.

According to him, this was a paramount priority for the African Union and Nigeria appealing to all WTO members to support the efforts of the AU in this regard. 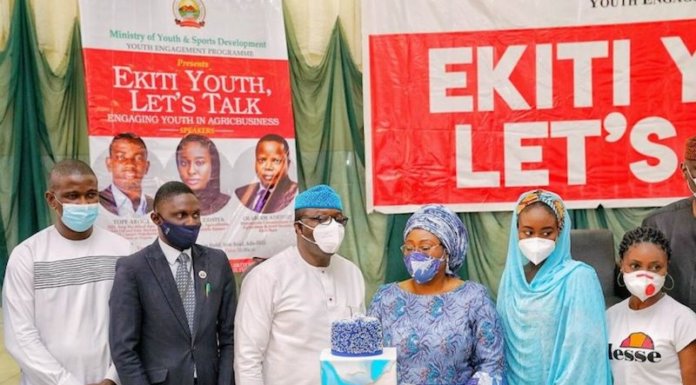