The Lagos State Government will ensure the national theatre pays off

The National Theatre is one of the national assets the federal government is planning to sell so as to generate sufficient funds to drive the 2018-2020 Medium Term Expenditure Framework, according to the Director General of Budget Office, Mr Ben Akabueze. But there are several issues to consider before concluding any transactions on the sale of what remains a national treasure that still holds important artifacts.

In an age plagued by eroding cultural values and vanishing identity, the National Theatre ordinarily stands as the last vestige of our culture where the new generation of Nigerians could go to appreciate the rich heritage of our past. It is also the place where Nigerian playwrights, dramatists, traditional dancers, actors/actresses, cultural troupes should go to showcase their talents. But mindful of the rot that has set in over the decades and the fact that the edifice is practically lying waste, we support the idea of selling it to willing investors who will not distort the vision behind it.

Built in 1977 to host the Festival of Arts and Culture, the edifice that was once a national monument has deteriorated into an eyesore to the embarrassment of a nation that is increasingly becoming incapable of maintaining its national assets. But we endorse the idea of selling not because the government is looking for money but rather because we believe that may be the only plausible solution to a challenge that has lasted decades. What that also implies is that the prospective buyer must show evidence of financial capacity to redevelop the entire area. A more imaginative use of the space is to have a mixed development with theatres, four and five star hotels, a shopping mall, a bus and tram terminus and amusement park.

However, in the light of recent developments, a more plausible proposition may be for the federal government to hand over the edifice to the Lagos State Government. In dismissing the story of a plan to sell the edifice earlier this year, the Minister of Information and Culture, Alhaji Lai Mohammed, highlighted what could be a sustainable pathway if the federal government is serious. â€œI want to say it loud and clear that there is no iota of truth in the rumour that we are selling the national theatre to the Lagos State government. We do not have the capacity to do so and will never do soâ€ Mohammed said before adding, â€œWhat is happening is that we are fortunate to have a governor like Akinwunmi Ambode of Lagos who is very passionate about the creative industry. The governor decided that he is going to mark the 50th anniversary of Lagos with cultural activities, films, music and he was looking for a befitting venue.â€

According to Mohammed, the essence of the collaboration was for the renovation of the theatre to ensure that the national asset did not go into ruins. â€œThe governor is asking for nothing, rather he is foresighted in knowing that a renovated and functional national theatre will be a catalyst for the film industry, theatre art, music. He also realised that by revamping the theatre, more young men and women will be able to exhibit their talents and more jobs will be created and more taxes will accrue to Lagos State purse. Therefore, for everybody it is a win-win situation and there is no attempt whatsoever to sell any national asset to anybody,â€™â€™ he said

Given the foregoing, the real win-win solution would be to hand the National Theatre to the Lagos State government that has shown enough interest in its management and has also demonstrated the capacity and imagination to retain the edifice for the purpose for which it was built. 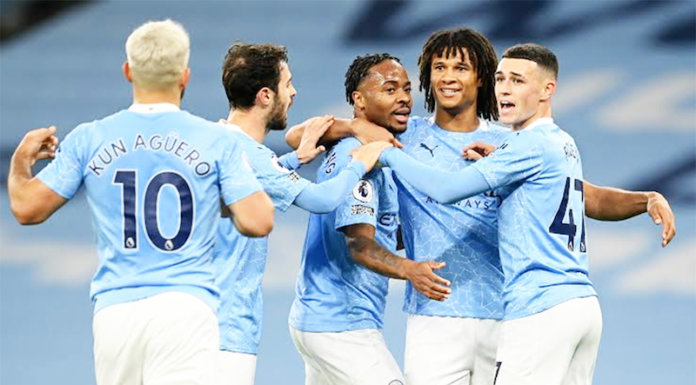