Bigiano, born Babalola Oluwagbemiga Gabriel, shot massively into limelight at the release of his 2008 major hit single, Shayo, which brought him fame, nominations and so much more. In this interview with Tosin Clegg, he talks about starting out, his career, what he has been up to and much more

Iâ€™m very unique, with my style of music

My style of music is unique. Iâ€™m still keeping that, against all odds. I have a lot of inspirational and motivational songs Iâ€™m working on. So, before the year runs out, I should come out with a lot of songs and materials.Â

My tattoos are interpretations of what I have been through

My music is versatile

I think I fit into any kind of genre of music, but itâ€™s just for me to explore myself and work with a lot of producers to be able to get the best out of myself for people to listen.Â

Itâ€™s an acronym for Born Irrepressible Genius Individual Africa Number One. I used to be with a band called, Triple B back in 1999 and 2000 when we released Eegbami and featured a couple of people. It was BQ, B flex and BG that formed it. Then I left the band and decided not to use BG anymore, which is an abbreviation of my name Bolaji Gabriel and I decided to work around myself, as you know yourself more than anyone does. And the acronym of my stage name is the real me and what I stand for.Â

By the Grace of God, Shayo is still a hit

When I wrote the song, I was going through a lot of pressure. A couple of my friends and I were struggling and moving from one place to another. At that point in Nigeria, a lot of people didnâ€™t want to listen to love or slow songs. So, it was just a determination to take over thatâ€™s why I wrote the song, Shayo.Â

A little bit about me

My Biological name is Babalola Oluwagbemiga Gabriel from Ijesha, and my mum is from Abeokuta. Iâ€™m a Christian and I grew up in a Christian way. All I wanted to do was to impact people positively and there is only one way to Heaven which is through Jesus Christ. Somehow, I found myself in the circular world but I am retracing my steps back to Christ. So, if certain people want to judge me by my tattoos, they can and they would only be judging the book by its cover, but I know whatâ€™s in me. I know what my purpose is in life and I canâ€™t deviate from what God has called me to do. As I speak to you, I want to touch peopleâ€™s lives.Â

Music wasnâ€™t easy for my family to reckon with

My dad is a retired military man and a disciplinarian. He likes you to do what he wants and at some point I had to do what pleases me. At first, he didnâ€™t support me because he felt I have graduated and I should be doing my masters or something else. I didnâ€™t work with my results and I feel more fulfilled doing what I am doing right now. Not until Shayo became a monster hit that my dad decided to support me, and his friends got to know my music and everything started working out.Â

So much isnâ€™t going well in this country

Everywhere else, music business is growing well and lucrative. Iâ€™m impressed things have changed. Back when I released Shayo, we had to go through with the Alaba marketers but now social media is already doing all of that. Now, a lot of cooperate bodies are going into the music business, so we are growing gradually. But, at this level we are now, itâ€™s better than what it was way back.Â

Itâ€™s either I do Gospel or secular music, but I think I have found my way out of that. Apart from that, I think record labels and investors have been a bit of a challenge too. For example, if I have a big brand or a God-chosen person behind me, I would be the best in the world. I know if I have it I would be, but I know God has his own way of making things work.Â

I think I should be able to stand on the pulpit and preach to people to come back to Christ. My mission in life is not to fail. The Christ effect on me has been with me since day one, but I have just been stubborn.Â

You know, itâ€™s like when God wants to use you but you donâ€™t know how you are going to do it. God wants to use me and I am ready for him to use me. But itâ€™s been there even when Shayo was a major hit, and he just gave me that to test me and a lot of people failed me, but he wonâ€™t fail me at all.Â

I am trying to restructure BG records

Iâ€™m also looking for whom to partner with to grow BG records. Thatâ€™s what is on my mind now, before I start thinking of dropping an album or an EP. But before the end of the year a couple of singles must drop.Â 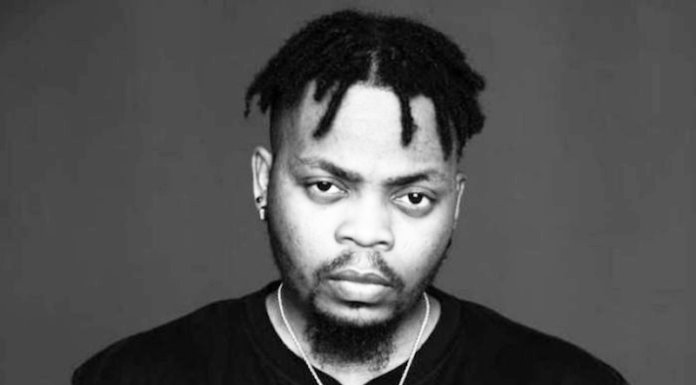