A motherâ€™s twilight should be full of grace and unchecked splendor. But for Maimuna Aliyu, it descends in a haze of pain and sparse joy. Hope she nurtured in her youth unfurl in her twilight like frayed flags that quilt graveyards of unfortunate soldiers of humanityâ€™s lost wars.

If Maimuna Aliyu thought motherhood was about getting old in bliss, she has learnt, albeit painfully, that itâ€™s about losing the people you love.

Few months after she made the headlines over the withdrawal of her nomination into the board of the Independent Corrupt Practices and other offences Commission (ICPC), Maimuna is at risk of losing Maryam, her daughter.

An Abuja High Court ordered the remand of Maryam and denied her bail despite pleas by her lawyer. The suspect who is also a nursing mother with an eight-month old daughter was remanded in prison due to the gravity of her crime.
Maryam allegedly killed Bilyamin in his Maitama home in Abuja on Saturday night. She reportedly stabbed him in the neck, chest and genitals following allegations of infidelity.

He was later rushed to the hospital where he eventually gave up the ghost.
In the wake of the incident, Maimunaâ€™s worst fears about the fate of her child are coming true; the Federal Capital Territory (FCT) Police Command has filed criminal charges against Maryam and the court has remanded her in prison for two weeks.

Two months ago, Maimuna faced serious issues with the management of Aso Savings and Loans Limited where she worked as an Executive Director. Maimunaâ€™s appointment to the ICPC board had elicited negative reactions following allegations of corruption levelled against her. This led to withdrawal of her nomination by Vice President Yemi Osinbajo.

Maimuna was accused of abusing her office as executive director of Aso Savings and Loans Limited. Subsequently, her nomination was withdrawn and she was charged to court on a three-count charge of abuse of office, misappropriation of public funds and criminal breach of trust. She cried blue murder claiming that top management in her company were after her life. While she was recovering from the embarrassing incident, the issue of her daughter came to the fore.

In a few months, Maimuna experienced three of the ugliest realities that could befall a woman of her status: her reputation was tainted, she lost her nomination into a plum national office and she is saddled with the responsibility of raising an eight month old granddaughter while her daughter is remanded in jail.

Watching her bemoan her fate, you could feel and touch her grief; she seems bereft of joy and simply goes through the motions every day, like someone who has signed out on laughter and the melody of tumbrels and harps. Life has certainly taken a bad turn for Maimuna Aliyu. 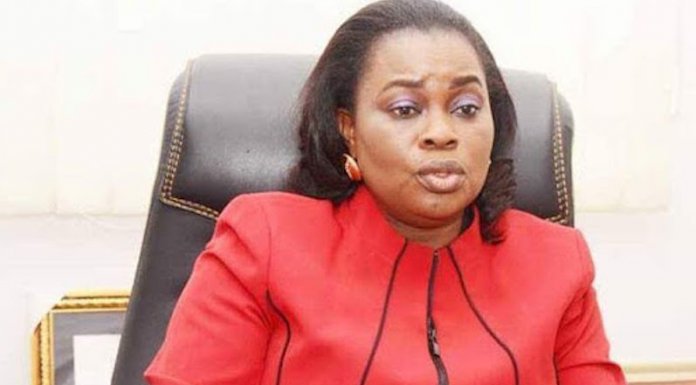