Francis Ugwoke wonders if the proposed inland dry ports, truck transit parks and rail links to the seaports will address the absence of inter-modular transport infrastructure leading to the nation’s seaports

For Nigerian shippers, there appears to be hope at last as far as ease of doing business in the country is concerned. This is because of the current efforts to address issues of transport infrastructure that have affected trade facilitation adversely. Importers and exporters have over the years, expressed concern over the infrastructural decay at the ports, such as dilapidated roads leading to the ports and lack of effective rail system that is linked to the ports as is the standard in other climes. Owing to the lack of rail system, everyone relied on road haulage with its attendant risks such as loss of goods, accidents and robbery attacks on the highways. Put clearly, many importers have had to lose millions of Naira worth of goods; sometimes perishable items in containers which fall off from the trucks few meters away from either the premier port of Apapa or Tin Can Island port. Sometimes, the drivers are attacked by armed robbers on their way to deliver goods in many parts of the country. Many had cried out since the problem persisted for decades without solution. This is notwithstanding the fact that Nigeria Customs Service (NCS), Nigerian Ports Authority (NPA) and Nigerian Maritime Administration and Safety Agency (NIMASA) alone generate about N1.5trillion annually from the ports. Besides, the infrastructural decay puts Nigeria at a disadvantage in competing with neighbouring ports. This explains the influx of smuggled goods into Nigeria from these neighbouring countries.

Rail Links to the Ports
In a bid to address the issue raised above, the federal government is currently making moves to put in place necessary infrastructure. This includes rail links to all the ports in the country. Recently, the Minister of Transportation, Rotimi Amaechi disclosed plans to import more locomotives and wagons for the movement of goods from Lagos ports to Ebute Metta from where the goods will be moved to different destinations, including goods meant for the Northern part of the country. Apart from this, Amaechi said there are plans to link all the Inland Dry Ports (IDPs) in the country with rails. IDPs are part of the efforts of the Transport Ministry through the Nigerian Shippersâ€™ Council (NSC) to bring ports closer to people far away from the seaports.

To ensure that this becomes effective, government is working towards completing the rail projects, including the Lagos-Kano rail line and the Lagos- Port Harcourt standard gauge which according to Amaechi will start running before the end of the year. At least, 20 locomotives, he said, will be dedicated for cargo movement from Lagos to Kano as well as Lagos to Port Harcourt. He assured that on completion of the rail projects, movement of goods will be easier and fast for shippers who will use fails, in what will save a lot of costs and nightmare earlier suffered on the roads.
IDPS/TTPs

Saddled with the statutory responsibility of creating a conducive operating environment for shippers at the nationâ€™s ports, the NSC as the ports economic regulator has been working round to clock to ensure that the IDPs and Truck Transit Parks (TTPs) are fully operational in the six geo-political zones in the country. The Executive Secretary/CEO of the Council Barr Hassan Bello, explained that both IDPs and TTPs as modern transport infrastructure, are designed to facilitate trade at the ports. Bello said that while the IDPs will bring goods nearer to the door steps of shippers, TTPs are designed to ensure that goods that have to move on trucks either from the seaports or dry ports get to their destinations safely. Bello also said â€œNSC as a think-tank will suggest permanent solution, chief of which is the rail connections to the ports. Every port should be connected to the modern mode of transport. We are also talking about the whole traffic management in Apapa and other ports to be established where we have the stage, the call system electronically controlled, so that we donâ€™t have unwanted trucks. What we are trying to do in Shippersâ€™ Council is to establish the Truck Transit Part (TTP), which will also have connections with the ports, and we could have a holding bay attached to thatâ€.

On IDPs, Bello said the concessionaires were working hard to ensure early completion of their projects. The IDPs are located in Erunmu, Ibadan, South West; Isiala-Ngwa, Aba in the South-East; Futua, Katsina and Zawachiki, Kano in the North-West; Heipang, Jos in North Central and Jauri, Maiduguri in North-East. According to Bello, â€œwe have the activities of the IDPs rising .One in Isiala Ngwa, they have just signed an agreement to commence construction which should be done immediately, and they have 18 months to do that. If they construct a port and we examine it together with international organizations, they will be accorded a Port of Origin and Destination status which means you can consign your goods to the port from anywhere in the world. And it will be a port just like Apapa or Tin Can Island . For the Jos IDP also, a lot of progress has been made and the only thing we are having problem with is the rail line or its rehabilitation. In Funtua, a lot of activities are taking place towards constructionâ€. He disclosed that some state governments, including Plateau, Kaduna and Abia State governments have supported these projects. He also said another one in Benin City enjoys the support of the Edo State Government.

Investment Opportunities
In a bid to create more awareness on the investment opportunities on IDPs and TTPs, the ports economic regulator under auspices of the Transport Ministry recently organised a breakfast meeting attended by top government functionaries, concessionaires, investors and top financial institutions. The idea was to explain the economic benefits of the projects to interested investors and financial institutions.

The Vice President, Prof Yemi Osinbajo who was represented on the occasion by his Senior Special Adviser on Infrastructure, Kolade Sofolahan, urged investors to invest in the TTP and IDP projects. The VP was of the view that there was no infrastructure deficit but opportunities for Nigerian investors.

Similarly, the Transportation Minister told investors that there were great opportunities in investing in the IDPs and TTPs. Amaechi said IDPs have designated centres for export of non-oil agricultural commodities and solid minerals products. â€œI intend to very soon direct the Nigerian Shippersâ€™ Council to open talks with the Nigerian Export Processing Zone Authority (NEPZA) to obtain export processing zone status for the ICDs. In the ICDS, there are great opportunities for investments (Added Values) including warehousing, commodity processing, packaging among othersâ€, he said.

On TTPs, he described the projects as priority to the government, stating that institutional and legal framework have been provided for their establishment.

He added that with the concession of the six IDPs across the country, TTPs known as Rest Stops, Rest Areas in other jurisdiction will be inevitable since road transport account for over 90 percent of all freight and passenger movement in the country.â€ The Transport Minister said government was focusing on linking the various transport modes so as to strengthen the intermodal transport of goods and passengers as well as increased maintenance and capacity expansion to improve on the state of infrastructure. Amaechi explained that government was interested in the TTPs and IDPs because of the long term gains of efficiency and cost effectiveness.

Options for Financing
As part of the efforts to promote the project, the Director-General of the Nigerian Stock Exchange (NSE), Mr. Oscar Onyema, was on hand to give professional advice on the funding options on the IDPs, TTPs and other transport infrastructure projects. While doing this, Onyema quickly pointed out that attracting private sector funds was the only way to bridge the finance gap on the projects.
In this regard, he said that the capital market witnessed the birth of the Nigeria Infrastructure Debt Fund (NIDF) which is billed to raise N200bn.

He explained that the fund which has its core investment focus on traditional infrastructure sectors, primarily transport, was an ideal investment vehicle for the planned truck transit parks and inland dry ports.
Onyema said that the financial participation of the private sector in building infrastructure can take a number of forms, including public private partnership (PPP) and full privatization.

For instance, he said that â€œa good example is the Lekki-Epe Expressway Toll Road Concession Project, Nigeriaâ€™s first ever PPP. For this project, the Lekki Concession Company was able to secure long term financing to the tune of N50bn for the construction phase of the project with participation from several local and international financial institutions on terms which were regarded as groundbreaking in Nigeriaâ€.
According to him, leveraging established PPP funding mechanisms, SPVs can utilize the NSEâ€™s platform to gain access to low-cost, long term capital.

This, he said, can be achieved through public bond issuance by a project company or by incorporating a separate company to issue bonds and lend the proceeds to the project company.
â€œThe SPVs involved in PPP projects can also utilize funding from listed funds focused on PPP infrastructure investments, and a good case of this is our recent partnership with the Lagos State Government and Visionscape Sanitation Solutions where a N50bn Medium Term Note to finance the implementation of the Cleaner Lagos Initiative (CLI) was issuedâ€.

He described the investment prospects for transportation infrastructure as very promising, adding that if the recently exposed draft rules by PENCOM were issued, they will allow for up to 20 percent Accumulated pension assets (N7.16tn) to be invested in infrastructure compared to the current 5 percent. He pointed out that this does not include potential investments from insurance, savings and fund managers. 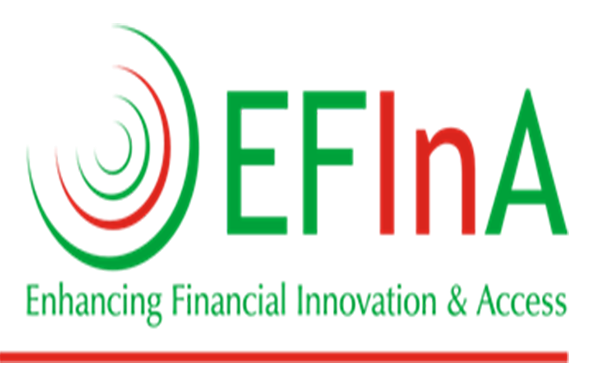