Monday, November 6, 2017 was a special day in the diary of events in the Jumbo Major House of Grand Bonny in Rivers State. It was the day the Federal Government of Nigeria though the Federal Ministry of Power, Works and Housing interacted with the Major House in Port Harcourt

The Federal Controller of Works in Rivers state Engr. Nebolisa Anako led a delegation of the officials of the Ministry including Engrs. Udo, Ekong and two others on an interactive session with the Jumbo Major House of Grand Bonny, a major community to be impacted by the construction of the Bodo-Ataba- Bonny Link Road, flagged off on 12th October, 2017 by Vice President Yemi Osinbajo.

During the flag off ceremony, the Major House accused the Bonny Council of Chiefs and Nigeria Liquified Natural Gas Company (NLNG) of surreptitiously masterminding a plot to sideline the Jumbo Major House which claims to be the most impacted and the largest cluster community in the project. The leader of the Group, Professor Jasper Jumbo, who hailed the FG for such a gigantic and laudable project, wondered why the Jumbo Major House would be deliberately excluded from the flag off, even after receiving a formal invitation from the Office of the Minister of Power Works and Housing.

He alleged that the move was a calculated and further attempt to deny them their God given rights in Bonny LGA. He further alleged that, despite the fact that the Federal Controller of works in Port Harcourt confirmed that their names were forwarded to Abuja for invitation to the flag off ceremony to be issued to them, the invitation did not come, probably because the Jumbo Major House was in court with the NLNG. Apparently to disabuse the minds of the leaders and members of the Bonny Major House of any ill feelings towards or malice against them, the Federal Ministry of Works representative held a meeting with the House on the said day.

The interactive session with the Jumbos was held at Nkpume Chineke Estate, an expansive office and residence of Prof. Jasper Jumbo in Port Harcourt.

Various Banners with inscription of welcome were mounted at different locations in the area by various groups including the Women, Youth and Children as well as Representatives of the Ijaw Youth Council (IYC) Eastern Zone Executive.

In this welcome address, Prof Jumbo, the Chairman and Traditional Head of the Jumbo Major House of Grand Bonny gave a historical background of the project when in 2002 he led a delegation of 136 Niger Deltas to have audience with former President Obasanjo at State House Abuja. OBJ then directed in their presence and that of some Ministers that the construction of a road to Jasperâ€™s hometown should commence within two weeks. The former President followed up on this by travelling to Italy 11 days after and brought late Constantine Gitto, awarded the contract to his company and paid him mobilization funds.

He explained that, contrary to the false impression created by the Bonny Chiefs Council that the Bodo-Bonny Round will not impact communities owned and occupied by quite s number of Bonny Houses, they boldly assert that the road passes through Jumbo Major House Boundary with the Brown Major House along the EPCL (pipeline route in Bonny). The road will traverse through the area called Middle Alignment, a vast expense of land in the road design and through other family lands which shares boundary with Jumbo Major House, Long John Major House and Dema Abbey. He threw an open challenge to anyone including the Bonny Chiefs Council to disprove the claims.

He demanded a copy of the Road Design from both the Federal Ministry of Works and Julius Berger the Contractors to settle speculations that they would be subjected to perpetual bondage.

They also demanded that an Environmental Impact Assessment (EIA) be carried out immediately by the Federal Ministry of Works, to put in place management procedures and mitigative measures.

The Jumbo Major House also demanded that at that 40% of Youths and Indigenes from their directly impacted cluster communities be employed in the project and they also be engaged in dredging works, Building materials and security contracts. The House then handed over to Engr. Anako a list of members of the Jumbo Major House the Federal Ministry of courts and Julius Berger must consult and liaise with as representing them on the Road Project.

In his response, Engr. Anako informed the gathering that their visit was in continuation of earlier ones they had undertaken to Bonny Island, Andom, Ogoniland etc. to consult with stakeholders on the road project. He disclosed that the contract was initiated by the last Administration in 2014 at a cost of 120billion Naira to be shared on equal contribution by the Federal Government and the NLNG but lack of funds stalled the continuation.

He assured that the Environmental Impact Assessment Exercise must be carried out and that due compensation will be paid to the people and communities affected on the project route hence, they came with compensation consultants Messrs Gesh Andie and Victor Akujiri. He appealed to all the communities affected by the project to allow a peaceful environment to enable Julius Berger the contractor complete its jobs on schedule and that any infighting or legal impediment will delay the project which will affect all concerned.

It is hoped that, having consulted the Jumbo Major House and other Stakeholders in the Bodo-Bonny project all issues about the successful execution of this impactful project in the Niger Delta Region which will cost a whopping sum of 126 billion (One hundred and twenty-six billion Naira only) will be addressed, to bring Government closer to the people, the goose that lays the golden eggs of the Nation.

On its part the NLNG should, as its Corporate Social Responsibility (CSR) do whatever it can to be at peace with its host communities. It cannot afford to operate in a hostile environment. So also should the construction giant Julius Berger Nigerian Limited.

These companies, along with the Jumbo Major House and other communities involved in this gigantic project must embrace peace, to enjoy the benefits of this road which will significantly improve the social and economic infrastructure of the area. There should be NO MORE WARS.

â€“Ekpe, former aide to Dr. K.O. Mbadiwe, Presidential Adviser in the Second Republic is a media and public affairs consultant 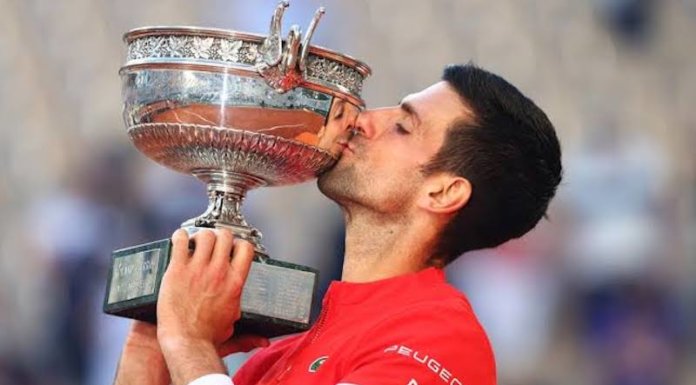