The visit of the new Secretary to the Government of the Federation, Alhaji Boss Mustapha to the leadership of the National Assembly was not only historic, but symbolic in many ways than one, writes Chuks Okocha

The visit of the new Secretary to the Government of the Federation (SGF), Alhaji Boss Mustapha to the leadership of the two arms of the National Assembly ushered in a new opportunity for both the executive and the legislature to work together for the progress of the country.

Apparently not disposed to play the cantankerous role of his predecessor, who was booted out of office for his infamous role in the ‘grass cutting’ scandal in the Internally Displaced Camps (IDPs), the new SGF, a lawyer and grass root politician decided on assumption of office to thaw the hitherto frosty relationship between the two arms of government.
The new SGF did not pretend about his mission to the National Assembly. First, he met with the President of the Senate, Dr. Abubakar Bukola Saraki who also is the chairman of the National Assembly.

After, the usual courtesies, he went straight to the subject of his visit. He said, “Let me put it on record that your leadership has helped tremendously in stabilizing the polity and also given the purposeful direction that we require at the Presidency to ensure that we deliver on the promises that we made to the Nigeria people when we sought for their mandate in 2015.

“You ran for the Senate in your constituency in Kwara State, but I remember vividly serving as the Director, Contact and Mobilization of the Campaign, that you were all over the place campaigning to ensure that President Muhammadu Buhari won the election and we did win decisively. So, sir, thank you so much for what you have done to ensure the APC’s victory. After your emergence as the Chairman of the National Assembly and also the President of the Senate, you have provided the kind of leadership that is required, as I said, to stabilize the polity. Nigeria as a nation has been going through some storms that we inherited but because of your able leadership and your colleagues in the Senate and House of Representatives, we have stabilized this process to a large extent.

“Going forward sir, I bring, like I said, the greetings of the Presidency because as the Secretary to the Government, my responsibility is to coordinate the implementation of government policies and to ensure that these policies are synergized in such a manner that we would be able to deliver to the people of Nigeria the good things of life which they rightly deserve.

“We are not rivals with the National Assembly. We are joint partners in this enterprise. If the National Assembly does not cooperate with the Presidency, I am not very sure we will be able to achieve the desired result that we want to see given the mandate that we have freely received from the people of Nigeria. So, this is basically to come and assure you that in every area that you are soliciting for the cooperation of the Presidency, being the Secretary to the Government, I would ensure that the National Assembly receives that cooperation because jointly if we work together, whatever has been lost in the past we can quickly redeem and recover and make progress so that by the time the first four-year mandate that we received comes to an end we can show on our scorecard that these were the promises we made. Mr. President is passionate about the three-pronged approach that he has brought to government.

“One, to fight for the security of the country and defeat insurgency in every part of this country. Two, to diversify the economy and thirdly, to fight corruption and ensure, in his very common parlance, if we do not kill corruption, corruption will kill Nigeria… So, it is on these three-pronged approach that he has said that I can tell you that none of these three-pronged approach can be achieved if we do not receive the support of the National Assembly particularly now the Senate. We can’t diversify the economy because that would mean that Bills will have to come to the National Assembly which will be debated and eventually returned to him for assent. We can’t fight corruption if we do not have an institutional framework which is strengthened in every ramification to ensure that corruption is dealt with because it is a big menace that has constituted a source of embarrassment to the people of this country and we can’t fight insurgency unless we put apparatuses on ground that in all ramification requires the support of the National Assembly and for that reason sir, we will continue to solicit for your support. We will continue to knock on your door and I believe that with your able leadership, you will be able to convince your colleagues that at every given time, whenever we require to see your hand intervening in certain areas that will assist the government move forward we will receive that.”

On his own part, an elated Senate President was not only brotherly in his comments, but pledged to a smoother working relationship between the two arms of government. Saraki who is accompanied by the Senate Leader, Ahmed Lawan with other principal officers of the upper house said, “I think your visit is very symbolic. It is truly a new phase of cooperation between the executive and the legislature and a good omen for our democracy and for our government.
“I got the notice rather short but it was important that we meet. Your visit truly show your intention of ensuring that you use your period as SGF to ensure that we truly work together to make Nigeria great. You are very right and I think people like us are not surprised because we know your antecedents.

“You know that in the presidential system that we are running in this democracy, it is not possible for us to be able to achieve all our goals if the executive and legislature do not have – not just an okay relationship – a fantastic and very close relationship. And what you have done this afternoon has really brought that closer and I am sure that all my colleagues are going to appreciate that on the floor tomorrow when I communicate this to them.

“Truly, you have started on a very good note and I congratulate you. Thank you for all your kind words when you talked about some of the work we have done in the past together in bringing the government together and we will continue to work together to ensure that we deliver on our promises.

“As you said, the constitution is very clear on what our responsibilities are. You did not write it and I did not write it, neither did any of us in the National Assembly today but we have all sworn to it and we must continue to ensure that we work with it and we work for the interest of Nigeria. Let me assure you that being the first SGF that we have received here, you will definitely get our cooperation and this will definitely be a new page and we will do all our best to ensure that whatever the issues are before you, we will act to see how best we can to resolve them and work together. I thank you for coming”.
Nothing more to add, this is what the country needs at the moment. Efforts to bring the dividends of democracy to Nigerians should be encouraged. After every election, those elected should put aside partisan politics and join hands to move the country forward and improve the welfare of the populace. All hands should be put on deck to put food in our homes. 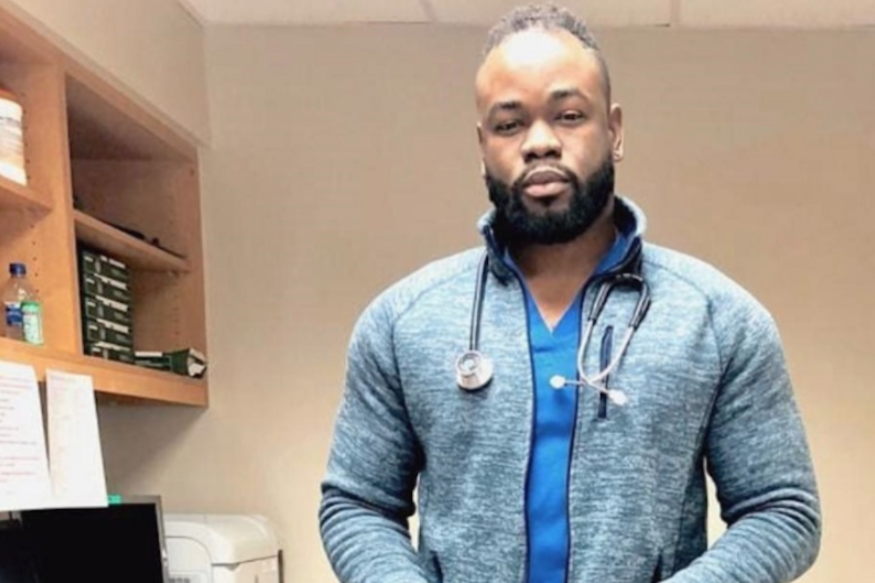