Four-time champions Italy failed to reach the World Cup for the first time since 1958 after a play-off defeat against Sweden.

It means the Azzurri will not be present in the competition for only the second time in their history having declined to play at the inaugural tournament in 1930.

Sweden sat back on their advantage and, despite the hosts enjoying 75 per cent possession, they failed to find the breakthrough – Italy’s best chance saw goalkeeper Robin Olsen palm away substitute Stephan El Shaarawy’s thumping late volley.

Striker Ciro Immobile missed a number of chances and his low effort in the first half was cleared off the line by centre-back Andreas Granqvist.

The result sees Jan Andersson’s Sweden side reach the World Cup for the first time since 2006, when they were in the same group as England.
While Italy dominated the second leg and had 20 shots at goal, their exertions radiated a growing sense of desperation.

Gian Piero Ventura’s side were unable to carve open a resolute Swedish defence which sat deep and often had a line of six defenders camped in their box, heading away each cross and set-piece into the box.

In all, the Swedes made a total of 56 clearances between them, plus 19 interceptions.

Both sides could have been awarded penalties: first Ludwig Augustinsson brought down Marco Parolo with a clumsy challenge while Manchester United’s Matteo Darmian and Juventus veteran Andrea Barzagli were fortunate to escape with handballs for Italy.

Lazio striker Immobile, who has 14 club goals this season, hit the side-netting from a tight angle early on and struck a first-time shot wide from close range in the second half.

Many of the Italy players fell to the ground at the full-time whistle, with strikers Andrea Belotti and Immobile reduced to tears, as the Swedes ran off to enthusiastically celebrate their qualification for next summer’s tournament in Russia.

â€œI leave a squad of talent that will have their say, including Gigio Donnarumma and Mattia Perin. I want to give a hug to Chiello, Barza, Leo and Lele, who I had almost 10 years alongside. I thank the lads who were with us and, although it wasnâ€™t enough, I hope that we gave them something.

â€œIn football you win as a group, you lose as a group, you divide the credit and the blame. The coach is part of this entire group,â€ observed a sad Buffon last night. 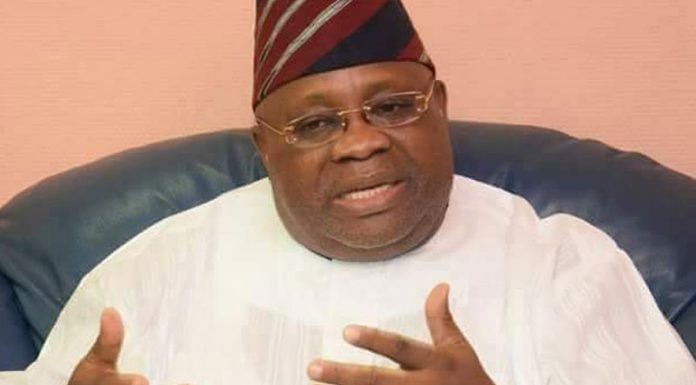 MAN Calls for Capitalisation of BOI, BOA, Demands Reduction of VAT to 5%