For over four years, Hakeem Jimoh has been creating awareness for healthy living through his vegan eatery, Veggie Victory. Located at the lush green Freedom Park, Lagos Island,Â  the eatery offers rich delicacies that are purely vegan.Â  From crisp shawarma to spicy asun, every tasty meal on its menu is freshly cooked and vegan.

It has not been an easy task for Hakeem. In those early days, it was difficult to woo customers to his eatery. Being surrounded by other restaurants which offer palatable dishes at the parkâ€™s food court didnâ€™t make the efforts easier for him. Although visitors at the park were captivated by the name of the restaurant, their attention was hardly sustained once they were told whatâ€™s on the menu.Â  Their first reaction was usually disinterest.Â  But Hakeem was not deterred by that. In fact, he expected such response. He got similar reactions when he was about to veer into the business.

â€œWhen I told people I was going to start a vegan restaurant, they didnâ€™t take us serious. Because for some reason, they donâ€™t even know what vegan is, thatâ€™s why we named it Veggie Victory. There is a difference between vegetarian and vegan. Vegetarian means no meat, fish or egg but veganÂ  means no fish, meat, egg and dairy. So a vegetarian can drink milk or cheese but a vegan will not touch milk,â€ he told me as we sat on one of the available tables in his eatery.

â€œUnfortunately,â€ he continued, â€œvegetarian has a negative connotation. What people think of vegetarian is goat food, salad. They canâ€™t imagine we are eating same food like theirs,only without the meat and the fish. When you invite someone to a vegetarian meal, they are not interested. That has been the story of this restaurant. But the moment they eat something from here, particularly our own variant of meat: tofu and a new one-vegetarian chunks, they are amazed.â€

The vegetarian chunks are a substitute of meat and has a crunchy beef taste when fried. Hakeem and his wife came up with the idea toÂ  supplementÂ  tofu which is very popular. Unlike tofu which is made solely from soya beans, vegetarian chunks are made from wheat flour, soya beans, ginger, garlic, vegetable oil, salt and onion. Since it launched six months ago, it has become a staple in most grocery stores across the country.

Hakeem has done some experimentation with his new product. Being in an environment that comes alive at night requires some strategy to keep his customers coming. So he decided to make his own signature vegan asun. If not that he told me before I had the spicy chunks, I could have assumed it was beef. The chunks are cut in bits, cooked first before being fried with spices to give that unique savoury taste of asun. You can also find the chunks in the shawarma. But this time it is cooked and very tender. Veggie Victoryâ€™s Shawarma is very crisp on the outside but inside is an explosion of flavours and veggies that will leave your palate itching for more.

The restaurant also boasts of other tasty Nigerian delicacies. You can have jollof rice with any of the available protein or a side dish of colourful vegetable salad. There is also the efo riro soup served with amala.

For drinks, Veggie Victory only serves fresh juice and smoothies made from seasonal fruits. Feel free to try Freedom Smoothie (watermelon, banana, ginger) if you want to lose weight. The smoothies are named randomly by Hakeem. There is Azeeno, Go-Slow and there is one named after his daughter, Kailani.

The restaurant is sparsely furnished. The drinks menu is written on a blackboard which hangs on one side of the wall; a big golden soup spoonÂ  occupies another part of the wall. Hakeem told me that Olisa Adibua of Bukas and Joints gave it to him. Veggie Victory boasts of little furniture. There are only two tables at the restaurant and if there is a rush on a rainy day, an extra table is brought in. But mostly, people order their meals and make use of the open space at the park or tuck in between the green shades. Hakeem said it was deliberately designed that way. He wanted an eatery where people can walk in and buy meals, not necessarily a restaurant where people canÂ  sit around to have their meals.

Perhaps, the most prominent dÃ©cor is the almanac of famous people who are vegans decorating its orange walls. On this list you will find former US president Bill Clinton, singer Erykah Badu, actor Brad Pitt and a host of others. Hakeem said it was another strategy to make people live the healthy lifestyle. In Nigeria however, the partly German cannot easily recall notable figures who are vegans. The name that easily came to his mind was late Chief Obafemi Awolowo, one of the founding members of our great nation, Nigeria; followed by the musician Nneka. Â  He recalled having an interesting conversation with Kate Henshaw who was intrigued by the vegan lifestyle but somehow, the discussion did not advance.

Nowadays,Â  he gets calls from people who wants to practice healthy living. He showed me a recent text he got from a clergyman, asking for his mentorship. He explained that most people now embrace vegetarian meals because of health issues.

â€œItâ€™s a course. We are trying to promote healthy lifestyle, and a plan- based veganÂ  lifestyle has been proven to be the healthiest. A lot of science and studies show that a lot of these non-communicable diseases like diabetes, blood pressure, cancer and other diseases are very well connected to the diet we eat. 100 years ago, cancer was not an issue and now blood pressure and diabetes are rampant. The numbersÂ  are not coming from me but from Nigeriaâ€™s Heart Foundation that says more than half of NigeriansÂ  are suffering from blood pressure. Itâ€™s not only in Nigeria, itâ€™s all around the world.Â  So this means something is wrong with the diet. Itâ€™s not all about vegetarian but also processed foods. But definite also the meat. The consumption of meat has increased also dramatically and contributes to high cholesterol which also lead to heart-related problems.â€

As part of his campaign, he kicked off a Lagos Veg Fest in 2014, a kind of fair that samples the best of vegetarian meals while promoting healthy living. This year, Hakeem is partnering FitFam and the fest will take place at the Eko Atlantic City.

There are plans to have branches across the state and perhaps, other parts of the country. For now, he is content with his space while creating awareness campaign for healthy living.

its weight behind the Dare to Mix Festival which held in Port Harcourt recently.

A first of its kind in Nigeria, the Dare to Mix festival witnessed Campari rewarding and celebrating consumers by creating unforgettable experiences. Participants were completely enthralled throughout the day. They had a great time enjoying mouth-watering cocktails, great food, rib-cracking comedy, mixology sessions and of course, stage performances from various artistes in an electric atmosphere

The crowd was brimming with excitement and enthusiasm as they watched Campari Brand Ambassador 2Baba walk up on stage to perform hit song after hit song. 2Baba gave fans an unforgettable experience in a truly memorable performance. Fans were excited to finally get the chance to watch him perform live on stage.

Campari has also been rewarding Nigerians nationwide in its â€˜Buy N Winâ€™ campaign, where buyers of the product win amazing prizes in raffle draws.

From its production in Italy, Campari is a global brand with a presence in over 190 countries in the world. It has also acquired major drinks brand across the world, positioning itself a major competitor in the liquor industry. These efforts help this iconic brand maintain its relevance as a classic stylish drink.

As the International Drinks Festival inches closer, the Balmoral GroupÂ  is packing on a huge dose of fun with the introduction of â€˜Beer Villageâ€™.Â  As the name implies it

be the entertainment hub of the festival where guests as well as exhibitors, retailers, stakeholders, consumers and holiday fun seekers can unwind.Â  It will entertain guests with great music every night, comedy acts and of course, lots of beer. Guests will also experience different types of great beer from various brands that will be participating in this entertaining event.Â  Beer Village will open every day of the festival which will officially kick off onÂ December 1Â and will come to a climactic end onÂ December 3, atÂ  Federal Palace Hotel, Victoria Island, Lagos.

Not many believed the news when it broke recently but against all odds, Nollywood actress, Iyabo Ojo, had a grand opening of her lounge and bar in Lekki. TheÂ creme de la cremeÂ graced the event and extolled the actress for the giant stride.Â  The lounge provides a variety of services but the most prominent is the Abula spot,Â  the restaurant angle of the lounge. It is named after the popular southern Nigerian soupâ€“aÂ  mixture of gbegiri, ewedu and pepper sauce and is often served with amala. Residents of Lekki will surely have an exciting gastronomical journey here.

â€¢ Founded by Hakeem Jimoh, a formerÂ  journalist in May 2013 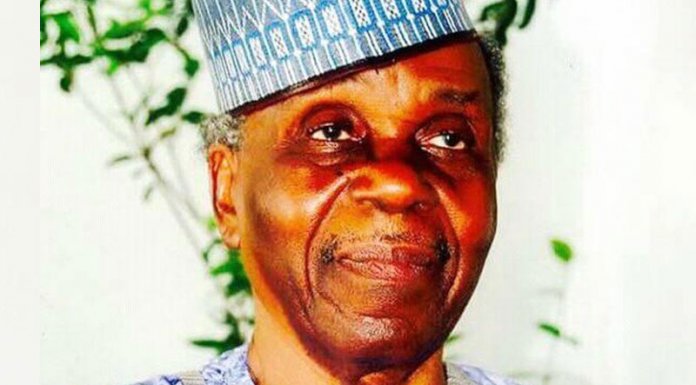