A Professor of Medical Science at the Abubakar Tafawa Balewa University Teaching Hospital and National President of the Cancer Society of Nigeria, Professor Sani Abubakar Malami, has decried the falling standard of education and poor state of infrastructure at federal government colleges in Nigeria.

Malami, who was the guest speaker at the 40th anniversary of the Federal Government College, Azare, Bauchi State, presented a paper titled ‘Unity Schools and the Imperatives for Nation Building’.

He traced the establishment of unity schools to the colonial era when King’s College Lagos was established by the colonial masters â€œin an effort to foster cohesion and integration among Nigerians because of its mandate to admit students from all over the three regions that made up Nigeria.â€

He said based on the successes recorded through the establishment of King’s and Queens Colleges â€œsuccessive governments found it expedient to replicate similar schools as a means of strengthening the bond of unity among their products and to also reap the multiplier effects of peace and development in the larger society and thus the birth of unity schools in Nigeria with the first three Government Colleges in Okposi, Sokoto and Warri respectively.â€

While stressing one of the objective behind the establishment of such schools which saw students from all over the country converging on one community, Malami said â€œthat singular policy alone had instilled in so many of us the spirit of our brothers’ keepers apart from the academic excellence that unity schools products are associated with in all fields of human endeavor.â€

In an emotion-laden tone, Malami, who is an old boy of the school said â€œI am quite certain that many of our departed teachers would have had heart attacks if they were to be confronted with the level of decay in the unity schools of today.

â€œSo we can no longer pretend that all is well. For many of us, it is not only the joy of a pleasant reunion that persuaded us to come to Azare. A major reason is the need to come and contribute our widowâ€™s mite in response to the shocking and decrepit state of infrastructures and facilities in our beloved school.â€

Other activities at the anniversary celebration were novelty football match, gala and dinner events. 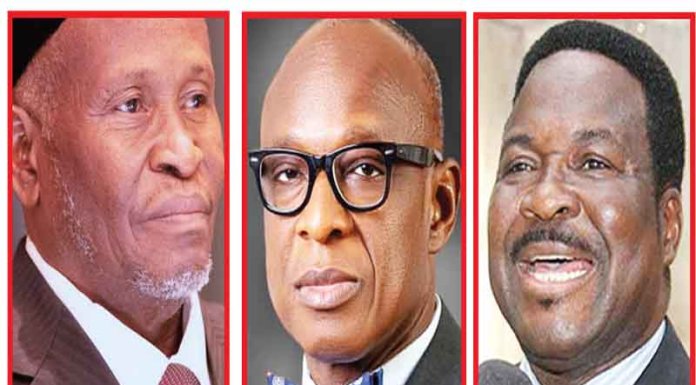