Though, out of character, but let me start with a confession. I have literally had to drag myself to my office on a sunnyÂ SundayÂ afternoon to do what I consider an important duty to Nigeria. The matters are so weighty that a lot more people should devote a little more time to what touches us all. The unfortunate fact is most of us keep silent and so it continues to be business as usual. When future generations accuse our generation of complicity by not doing anything when Nigeria veered off tangent and descended to unfathomable levels of depravity and corruption, how shall we like to be judged?

Mainais the symptom, the disease is cancerous corruption. The revelations he has made are mind-boggling as they are revolting. These taken in conjunction with the other EFCC, ICPC recoveries will convince any skeptics that the devil is indeed at work but a superior God has prevented the total collapse of Nigeria.

A Nigerian proverb says that anyone selling eggs must not start a fight in the market place. A fight has been started in the Nigerian market place and the destruction has to be volcanic and catastrophic. This nation continues to be raped daily as I had earlier highlighted in an earlier contribution.

Anyone who bothers to flick unto any of our local TV channels or indeed radio stations will see all manner of self-righteous apostles pouring invectives on those they describe as treasury looters. Treasury looting has become a phrase of infamy in the Nigerian lexicon. Whenever I see these ministrations and holier- than- thou abuses, I always pull back a little and ask myself who are these people with boldness to cast the first stone?

As a person who has devoted the greater part of my life to the pursuit of truth through scientific research in some of the best institutions in the world working with some of the best people in my field of biochemistry, silence in the midst of disorder is not an option. I wish a lot more people will speak up in defence of truth. However, I am very cautious and circumspect before condemning anyone.

The war on corruption was derailed and truncated long ago when it became selective in its execution. It is common knowledge that the antidote to a visit by EFCC or DSS is an APC party card. A number of those named to have benefitted from Colonel Dasukiâ€™s largesse conveniently and quickly bought this pill. How sad. Pursuit of truth tells us that corruption is neither APC nor PDP therefore the executioners must wear a blind fold. We are not addressing small petty thieves.

For us to seriously reduce corruption because no nation has yet eliminated it, we must all return to the path of rectitude on an individual level. It has to be a MORAL REBIRTH and it has to be committed and total. What do I mean?

For us to be serious about corruption and return to the path of rectitude it is important that all of us who have served in any of following make individual and personal due diligence analysis of the various stages of our lives. The areas that need participate are politics, military, police, civil service, judiciary, all sectors of public service including customs, immigration, civil defence, clergy, academia, press. Nigerians must with a fine comb go through the various stages of their lives and at the end return those â€˜â€™unexplained wealthâ€™â€™ to the common till. Those who fail to do this will be subjected to further investigation by the anti-graft agencies.

Fellow Nigerians is not beyond belief that people who retired on grade level 16 or even permanent secretaries have housing estates and hotels worth billions of naira. Governors and legislators flaunt and wallow in obscene wealth in a country where the daily wage is less than one U.S. dollar. This is because Nigerians are docile up to the point of stupor. It is public knowledge that some former Governors own hotels whose value can only be calculated in billions of U.S dollars. How many of us will plead not guilty to sexually harassing or even assaulting women employed in our departments? For those of us who are privileged to be University Lecturers can we all beat our chest truthfully and say we never traded grades for casual sleazy comforts? The list goes on and on and it is only after we have truthfully undertaken this purge of purification and done adequate mea-culpa that anyone dare call the other treasury looter for most of us are guilty. Name calling alone will not move this nation forward.

Mr. President this nation voted you because the majority believed that you as a person are incorruptible. I am beginning to say the same for the Vice President, Professor Yemi Osinbajo. To pretend to be ignorant of the stench enveloping your administration is amnesia. You still have time with truth as your compass to steer the course and emblazon your name in immortality. 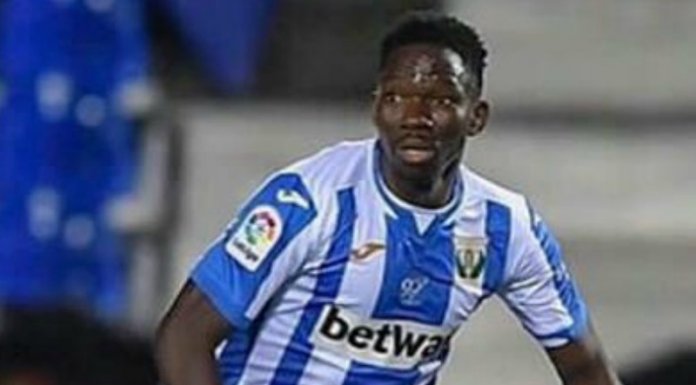