The Nigerian Customs Service (NCS), Federal Operations Unit (FOU) Zone A, has announced that it intercepted various contrabands with a duty paid value of N1,353,617,104.08 between 4th to 31st of October, 2017.

This is just as the Unit disclosed that it seized items include 6,206 bags of foreign parboiled rice of 50kg each, which is more than 10 trailer loads of rice, 67 bales of second-hand clothing, 600 cartons of foreign poultry products, 13 parcels of Indian Hemp, 405 pieces of used tyres, and 54 kegs of foreign vegetable oil.

â€œWhile one of the containers carried used fridges, 270 cartons of refined sun flower oil, 55 pieces of used gas compressors, 18 packs of juice and other assorted items as against cooking gas declared in the SGD, the other container was carrying 147 bales of printed wax and 168 bales of lace material as against new electronics declared in the SGD.

â€œAlso, based on intelligence, our operatives trailed and evacuated 59 assorted vehicles from car marts in Ikoyi, among which over 40 are 2017 models ranging from Toyota Prado jeeps, Lexus jeeps, Toyota Hilux, Toyota Camry, Coaster bus, Toyota Hiace bus among others currently under detention, awaiting relevant Customs document from the dealers within a grace period of one month. These vehicles alone have a duty paid value of N1.076 billion only, â€œhe said.

He added,: â€œIt is instructive to note that a total of 6 suspects have been arrested relating to this 120 seizures. The Indian hemp will be handed over to the National Drug Law Enforcement Agency (NDLEA) for further action.

â€œAccordingly, the Unit through interventions recovered N144,433,524 from duty payment and demand notices on general goods that tried to circumvent the law at seaports, airports and border stations through wrong declaration, transfer of value, underpayment of duty accruable to the Federal Government of Nigeria within the weeks under review.

â€œLet me use this medium to appreciate the robust synergy that exists among the Military, Police, and other security agencies with our operatives. Smuggling is a global phenomenon which can only be brought to it barest minimum if all hands are on deck. My preoccupation remains to degrade the activities of smugglers through aggressive patrol of all flanks and flashpoints. We will be very ruthless with these economic saboteurs because we have a responsibility to protect the nationâ€™s economy in line with the expectation of the Federal Government of Nigeria.â€

Also, the Sokoto Command of the NCS comprising Kebbi, Sokoto and Zamfara States, has seized 39 vehicles and other illicit goods worth N161 million in the zone in the last six months.

It also generated N829 million revenue within the same period in the zone.
The Customs Area Controller of the Command, Mr. Nasir Ahmed, made the disclosure during a press briefing in Sokoto yesterday.

He said the items were seized in various border towns in the states between May and October this year.
Ahmed stated that the seized items included 39 vehicles worth N83 million, 552 (50 kg) bags of foreign rice and 1290 (25kg) bags of rice worth N27 million.

Others were 976 jerry cans of vegetable oil, 207 bales of second hand clothing worth N12 million as well as elephant tusk with a duty paid value of N14 million.

He attributed the challenge in the anti-smuggling operations to porous borders , especially many bush paths and farmlands during the dry season, that made it easy access for smugglers to illegally transport offending items across the border without proper control.

â€œAs far as I am concerned, there should be no smuggling of rice because the three states are in the forefront of rice production. So why should the people smuggle rice? We have WACOT and Labana rice mills in Kebbi State.
â€œDangote Group and Honeywell are top producers of spaghetti but it is sad that our people import rice and spaghetti that are not good for human consumption,â€ he stated.
The comptroller disclosed that the command recorded a revenue of N829 million as against N1 billion generated within the same period in 2016.

Ahmed said the command recorded a deficit of 22.6 per cent in 2017 and attributed the shortfall in revenue to the fact that rice and vehicles which constitute the backbone of revenue in Sokoto, Kebbi and Zamfara States, were banned from importation through the land borders.

â€œThey are no longer part of dutiable items to be processed in our land borders which was not the case in 2016. Importation can only be done through the seaports,â€ he explained.

He emphasised that the Command was not relenting in its revenue generation and anti-smuggling drive.

â€œOur people should stop taking our hard earned foreign currency to Niger Republic and Benin Republic.
â€œWe shall pursue this with more vigour and determination in order to reduce the incidences of smuggling to the barest minimum in the Command.â€

â€œI am appealing to those who are in the habit of smuggling to desist forthwith, as this constitute economic, social and health consequences and the officers are committed to protecting the Nigerian economy and enforce government policies on imports and exports,â€he added. 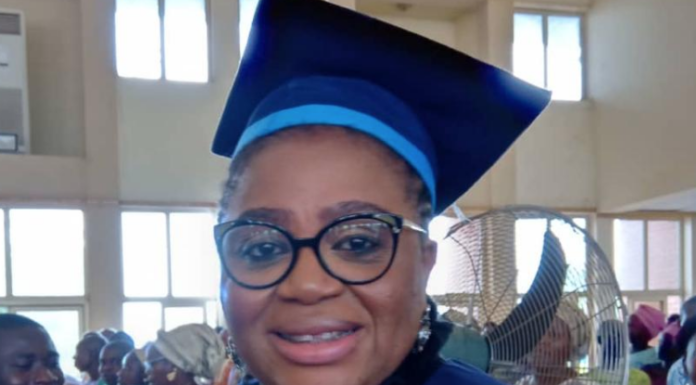