Mutual suspicion between the governor of Akwa Ibom State, Emmanuel Udom and the Managing Director of the Niger Delta Development Commission, Mr Nsima Ekere has slowed down the commission’s ability to deliver the much needed interventions in the state, writes Shola Oyeyipo

With the unfolding drama between the AkwaI Ibom State Government and the Niger Delta Development Commission (NDDC), the state has no doubt sustained the bitter politics that characterised the old Cross River State in the 1980s.

During the administration of former President Shehu Shagari, officials of the state government, led by the governor, the late Dr. Clement Isong were perpetually embroiled in a fight for supremacy with Lagos-based prominent indigenes of the state, led by the then Senate President, Dr. Joseph Wayas.

The fight was so intense that the state, which was also governed by the same ruling National Party of Nigeria (NPN) at the centre, attracted little or no federal projects for four years.

Isongâ€™s group, which was branded the home front and Wayas group, which included Senator Victor Akan and their supporters, popularly referred to as the Lagos group, were in war of attrition.
The bitter war between the two forces prompted Professor Emmanuel Ayandele, the then Vice Chancellor of the University of Calabar to reportedly declare that â€œCross River State is an atomistic society perpetually at war with itself.â€œ

Isong was eventually squeezed out of the party and he lost the re-election bid.
Under President Olusegun Obasanjo, the stormy relationship between the then Secretary to the Government of the Federation, Obong Ufot Ekaete and the state governor, Obong Victor Attah denied the state basic amenities from the federal government, despite the fact that the state was also governed by the ruling Peoples Democratic Party (PDP), which controlled the federal government.

Governor Godswill Akpabio apparently avoided this protracted fight by recommending for federal appointments, only people who were extremely loyal to him.
However, many indigenes of the state still believe that Akpabioâ€™s closeness and influence on the Jonathan administration did not translate to commensurate infrastructural development of the state by the federal government.

The second chairman of the NDDC, Ambassador Sam Edem was stampeded out of office when Akpabio could not stomach his growing political clout.
Edemâ€™s successor, Bassey Dan Abia, who later became the Managing Director of NDDC, enjoyed rosy relationship with Akpabio but his tenure was cut short when President Mohammadu Buhari dissolved the board.

Presently, a former deputy governor of Akwa Ibom State and current NDDC Director, Mr. Nsima Ekere is neither an appointee of the state governor, His Excellency, Udom Emmanuel, nor is he in the PDP, which controls the state.

NDDC, Akwa Ibom State Clash
The appointment of an indigene of a state in Nigeria to head a strategic development federal agency nominally portends good things for that state because the individual appointed is expected to utilise the good office to improve the lot of the state. Hence, the euphoria in Akwa Ibom State that greeted the appointment of Ekere as the substantive Managing Director of NDDC in November 2016 was understandable.

When he assumed office in November 2016, Ekere immediately set to work to address critical development issues across the Niger Delta. The intervention of the commission has been praised in many quarters including Akwa Ibom State where NDDC has become quite active, particularly with its emergency intervention projects.

The law setting up the NDDC as well as its structure align appointments, projects and programmes with oil production quota, which means that Akwa Ibom State as number one oil producing state in the country, should be number one in the allocation of NDDC projects..

However, that was not the situation Ekere met on ground because in terms of project volume, Akwa Ibom trails behind Rivers and Delta States. Ekere is said to be working hard to address this.

Nearly one year into his tenure as NDDC boss, Ekere found the Akwa Ibom State government un-cooperative.
Akwa Ibom State agents were alleged to have physically frustrated the activities of the NDDC by using armed policemen to pursue NDDC contractors from project sites, citing poor quality of work as well as accusing the commission and its leadership of not collaborating with the state government. The situation has affected the pace of completion of NDDC interventionist projects.

The fight began in December 2016 barely two months after Ekere assumed office when the NDDC rolled out an advertisement for tender on contract jobs available for award.
About 60 of the contract awards were for Akwa Ibom State only and covered the areas of the commissionâ€™s mandate: water, health, education, power and roads. Nearly all local government areas had one or two of the projects listed.
This was in addition to about 37 emergency roads repair jobs that were also awarded by the commission.

Some of these roads were Ukana Offot Street, School Roads, Udo Eduok Street, Nelson Mandela, Federal Housing Estate, Uyo among other roads in Uyo, and several others across the state.
However, the state chapter of PDP was said to have viewed the move as being political, especially as there were speculations that Ekere, who had previously ran for the office of the governor, will run again in 2019, on the platform of the APC.
The NDDCâ€™s interventions in the state are being politicised. The move is part of the bid to stop Ekere from getting an associated boost for his perceived aspiration in 2019.

Speaking during the inauguration of one of the roads abandoned by the NDDC in Ikono Local Government Area, the Commissioner for Works. Mr. Ephraim Inyang was quoted as alleging that NDDC had turned Akwa Ibom State into an abandoned project site, and urged the federal government to probe the commission.

In quick succession, a group, Akwa Ibom Integrity Group, ran a seven-page advertorial in national and local newspapers calling for the probe of the Ekere-led management of the NDDC.

However, the table turned against the sponsors of the Integrity Group when other groups demanded that the probe should rather be on the contractors, who were mainly members of the then ruling PDP.

The projects listed in the petition were mostly ones awarded between 2007 and 2015 when the PDP held sway at the commission. The hunter thus became hunted.

Recently at the Inspector General of Police Security Summit which was held at the Ibom Hall in Uyo, the governor was said to have warned the NDDC not to embark on development projects in any of the Niger Delta states without first seeking the governorsâ€™ permission.

He was quoted as saying: â€œLet me use this opportunity that the MD of NDDC is here to state clearly that NDDC does not own even a piece of land, it is the governors that are in-charge of land. NDDC should not enter any of the nine states to do any project without permission from the governors.â€
A few days later, Inyang allegedly led armed policemen to disrupt the activities of an NDDC contractor who was repairing Youth Street in Uyo, claiming that the job was substandard.

But the NDDC has repeatedly dismissed reports that it is at loggerheads with the Akwa Ibom State Government over the execution of development projects.
â€œWe intervene in areas where the state government does not cover. We are here to complement the effort of the state government in the provision of basic infrastructure to make life meaningful for the people,â€ said Sam Frank, Akwa Ibom State NDDC Representative.
While Akwa Ibom bickers with NDDC, other Niger Delta state governors have been pushing for more projects and interventions by NDDC.

Way Forward
Mr Okon Iyanam, a former governorship aspirant under the platform of Accord Party said in a Facebook post that what is happening â€œis not a policy crisis but one in which personal interests and aspirations are the real issue.”
He said whatever development coming to the state should not be blocked by such considerations.

â€œNDDC has been in existence for this long and across all the nine beneficiary states, this sort of local challenge has not been reported. You must note that NDDC states are busy lobbying for projects to be taken to their states. It is abnormal to chase development away from your state for very ”simplistic” reasons.

â€œSome of the projects being completed by the NDDC are projects conceived by previous NDDC regimes. They should be finished for the benefit of our people. How on earth can you chase somebody away from tarring a road?
“How would you explain such an action to the people who live on such roads and who have suffered terribly all along?

â€œNo father would allow his children to go hungry simply because he has issues with his wife. Akwa Ibom must triumph. This is beyond Udom or Ekereâ€

The Itai Afeh Annang, His Royal Highness Chief Pius Okuku IV, in a comment said, as a traditional ruler it behoves on me to call on the two illustrious sons of the state to sheath their sword and pull their resources together for effective collaboration in the development of the state for the good of the people .

While Akwa Ibom bickers with NDDC, other Niger Delta state governors have been pushing for more projects and interventions by NDDC. 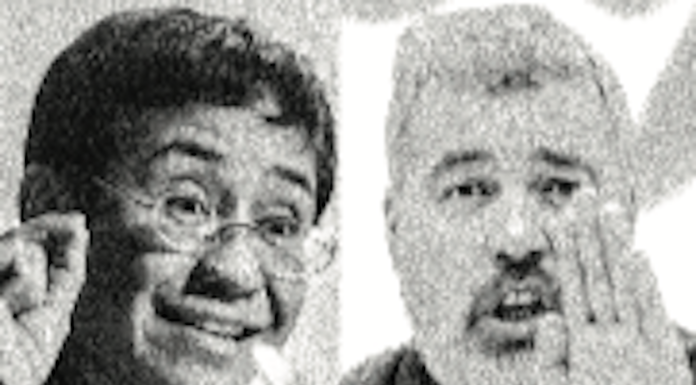