The Nigerian Postal Service (NIPOST), during its two-day strategic management retreat, which held in Lagos this week, reiterated its commitment to improving on customer service delivery, using the latest technologies.

The Postmaster General of the federation and Chief Executive Officer of NIPOST, Adebisi Adegbuyi, who restated NIPOST’s commitment to staff welfare and customers’ satisfaction, vowed that the new and ongoing reforms at NIPOST, would ensue staff re-orientation and attitude to work, in order to improve on customer service delivery that would bring about customers’ satisfaction.

The Lagos retreat, which came five months after the first retreat was held under the leadership of Adegbuyi in Ogere, Oyo State, was meant to evaluate the level of implementation of the resolutions at the initial retreat, designed to post NIPOST into prosperity, going by its new strategic vision 2020 to empower customers.

Adegbuyi who stressed the importance of customers to the new NIPOST business, advised Zonal and District Managers, to ensure that all, staff of NIPOST key into the new vision of NIPOST to empower and enhance customers’ experience, insisting that NIPOST customers must be treated as ‘kings’.

Reflecting on the resolutions reached at the first retreat, the Director, Strategy and Business Development at NIPOST, Abdulkarim Baba, while presenting the resolutions, said it was resolved that the new NIPOST would operate on four pillars and 18 programmes, to drive its new initiatives. He however said that the implementation processes had begun, shortly after the initial retreat five months ago, and that there had been remarkable improvement and growth in the volume of NIPOST businesses in the last three months.

The Zonal Manager for Lagos Zone, Mrs. Adebola Ayeni, pledged the support of Lagos Zone to the new aspirations of NIPOST, since Lagos alone contributes between 60-70 per cent of the total revenue generated by NIPOST nationwide.
According to Adegbuyi, “In these five months of uninterrupted strategy implementation, a lot has happened. The corporate restructuring is taking shape. The Business Units are reshaping their products, the zones are now on ground supported by their districts while the Chief Operating Officer has taken full control of the operations for efficiency. In all of these, the zones remain critical as they are the field players and the foot soldiers who determine the victory or otherwise of this battle.”

Addressing the issue of product diversification, Adegbuyi said perhaps one of the greatest challenges to the relevance of NIPOST was in the area of product offering. For a long time NIPOST has remained a mono-product organisation focusing mainly on mail and that too is changing as evidenced by our innovative product launch of October 9th and the various initiatives that are currently going on, Adegbuyi said.

He however commended the staff of NIPOST for achieving some levels of gains on all fronts, in the past few months.

“The restructuring is going on well, visibility is improving innovation is everywhere. These round of retreats are therefore intended to set the stage for capacity building to improve performance and provoke in us the â€˜can doâ€™ spirit. As the saying goes, â€˜where there is a will there will be a wayâ€™.

“Our success is predicated on speaking the same language, the same commitment, the same focus and of course the same architecture,” Adegbuyi said. 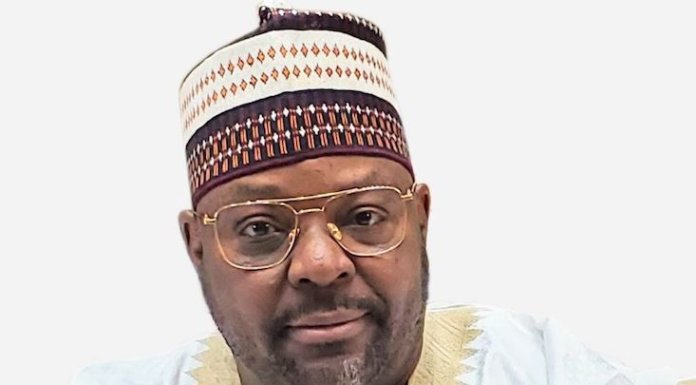