To address the gaps in its 2013 power sector privatisation and get operators of the seven power generation and 11 distribution companies (Gencos and Discos) live up to expectation, the Bureau of Public Enterprises (BPE) on Tuesday advanced its plan to recruit independent evaluators to consistently monitor the operations of the Gencos and Discos.

The successful evaluators would sign an initial three-year contract with the BPE, and will always report back to it to enable it advise the government well on the sector.

It also opened the financial bids of investors interested in the privatisation of five brick-making companies owned by the Nigerian Mining Corporation (NMC) in Plateau, Kano, Kaduna, and Borno States.

The BPE stated at the opening of the financial bids submitted by nine companies shortlisted for the next stage of the exercise to pick evaluators for the Discos and Gencos in Abuja that the exercise was initiated to sustain the goals of the power privatisation.

Its Director General, Mr. Alex Okoh, stated that the process of recruiting independent assessors for the power firms started in 2015 with over 32 Expressions of Interests (EoIs) received, and from which only nine made it to the next stages and were thus shortlisted for the final stage.

Okoh said in his remarks: â€œThis is one of the most critical sectors of our economy and the federal government is desirous of seeing that the privatisation programme brings significant improvement to the sector.â€

â€œThe Bureauâ€™s role did not end with midwifing the privatisation of the power companies. Our mandate requires us to ensure the success of the privatisation through continuous monitoring of the enterprises for such periods as may be considered necessary and in line with the obligations covenanted in the agreements that the core investors and concessionaires signed with the FGN.

â€œThe critical and complex nature of the power sector requires that BPE seeks the assistance of external consultants with the requisite experience and technical know-how to help put in place robust mechanisms to monitor and manage some of the post-privatisation challenges facing the sector.

â€œThe successful consultants will also help the Bureau in monitoring the activities of the power generation and distribution companies and provide feedback to the government on the core investorsâ€™ adherence to the performance agreements signed with the government with the ultimate objective of ensuring that the power sector reforms deliver adequate, reliable, efficient and affordable power to Nigerians,â€ he added.

Continuing, Okoh noted: â€œIt is our hope that at least four to six firms would emerge after the equalisation of the technical and financial results. Thereafter, results will be recommended to the NCP for approval. The Bureau will then commence negotiation of the contract terms with the firms that subsequently emerge from this process.â€

On the privatisation of the NMC companies, the Chairman of the Technical Committee of the National Council on Privatisation (NCP), Mr. M.K Ahmed, who was represented by the Special Adviser to President Muhammadu Buhari on infrastructure, Imeh Okon, at the meeting, stated that a â€˜willing buyer, willing sellerâ€™ model was adopted for the sale of Nagaruta because its operational site was owned by the University of Jos which put in a bid for its acquisition.

Ahmed, equally noted that assets sales model was adopted for Terrazzo, Gano and Kujama Quarry, while Maiduguri Bricks would be privatised via a core investor sale model.

â€œThe transaction of the enterprises will legally come to a close with the signing of the share sale purchase agreement and any other related documents by each preferred bidder. The payment mechanism is as follows: payment will be made in naira through the remitta (RRR) in favour of BPE, 10 per cent of the purchase consideration within 10 working days from the date of official notification, and the remainder 90 payment will be paid to BPE within 30 calendar days from the date of official notification,â€ said Ahmed. 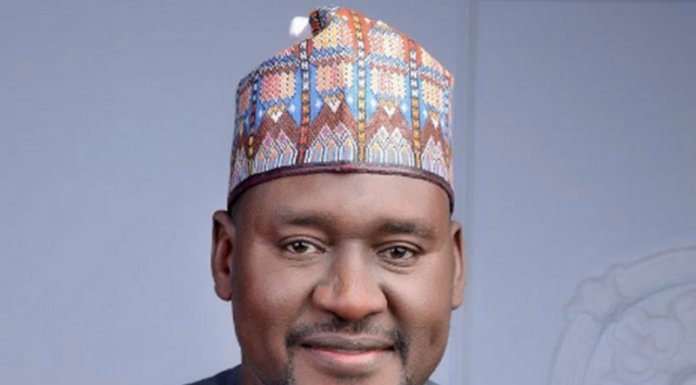 Auwal Musa Rafsanjani One Man’s Mission for a Better Nigeria